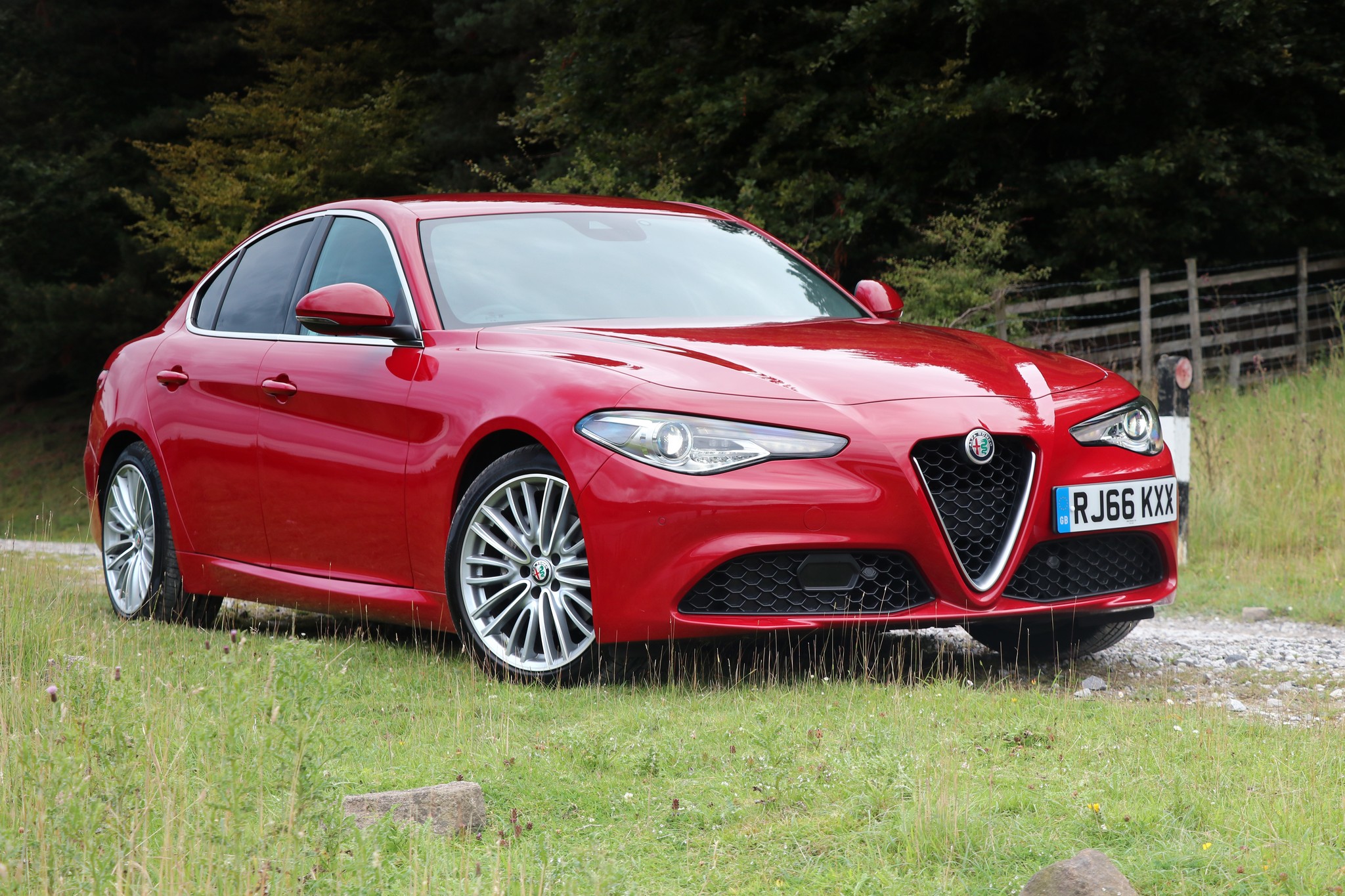 EVERYONE loves an Alfa Romeo, right? Even a certain Mr. Clarkson reckons you’re not a proper petrol-head until you’ve owned one. So, hands up anyone who has actually bought one . . . thought not.

You see, when it comes to our cars we’re a pretty conservative lot. We are beguiled by beauty but when it comes to laying down cash the desire dissipates, the “Sensible Hat” is put on and we leave the forecourt in something German – or Japanese.

However, you can now keep the desire alive, leave the hat on and drive away in an Alfa Romeo because the new Giulia is possibly the best driving executive saloon on the planet and is what all Alfisti (collective term for people who love Alfa Romeos) have been hankering after since the demise of the RWD Alfetta GT back in the 80s. The Giulia is a true sporting Alfa with rear-wheel drive, lightweight body, low centre of gravity, punchy engines and gorgeous looks. Okay, it isn’t available with a manual gearbox but trust me, you won’t care once you’ve driven one as the 8-speed ZF auto box is an absolute cracker.

I could wax lyrical here about the £61,595 Giulia Quadrifoglio with its Ferrari-inspired (ahem) V6 engine, 510 bhp and top speed of 193 mph – but I’m hoping for a press loan soon and so will concentrate, for now, on the more mainstream models. From the outside you have to say that Alfa have once again produced a very good-looking car. From the front there is no mistaking it for any other marque with that large V-shaped grille and large, open front vents either side. The swooping headlights are angled down slightly at the front and give the impression the car is eyeing you suspiciously . . . it’s dramatic and appealing too.

All models look sporty from any angle as the Giulia is quite low-slung with a slightly raised backside. The Super features dual exhausts left and right which adds appeal at the back and to my eyes it’s better looking than its main rivals the BMW 3-Series, Mercedes C-Class and the Audi A4. I would say it even pips the striking Jaguar XE in kerb-appeal. Inside, Alfa have made a huge effort to draw level with the Germans on quality of fit and finish – but not quite pulled it off. Some of the lower plastics feel a little on the hard side and the infotainment scroll wheel feels lightweight although generally you won’t find much to complain about.

Where Alfa Romeo have excelled again is in design as the Giulia is a wonderful place to sit – from the sweeping dash which seamlessly incorporates the 8.8in infotainment screen (not plonked on top like some rivals) to the push button starter mounted on the steering wheel and the Alfa-signature hooded main dials – The Giulia is most certainly Italian in style, i.e. bags of it.

There’s class-leading room up front too with plenty of shoulder room while rear passengers have a little more knee room than in the BMW 3-series and about the same head room. Okay, everyone has to stoop a little to climb in as the roofline is quite low at the back – as are the seats in the front – but it was never a problem for myself or any of my passengers. With an all-new lightweight chassis and a return to rear-wheel-drive I was expecting great things of the Giulia when it came to hitting the road and I wasn’t disappointed.

The first thing I noticed was just how quick the steering is – it’s verging on the telepathic and makes the Giulia feel extremely agile – especially as the Giulia is so well planted on the road.

Potholes are dealt with remarkably well for such a rigid sports saloon – testament to just how good a job Alfa have done with the chassis as even on 18in wheels the ride is pliant yet you can still throw the Giulia around corners with very little body roll evident. Push it into a corner with a flick of the wheel and the rest of the car follows without drama. The only fly in the ointment is that there could be more steering  feel from the electronic power steering but generally, if you enjoy driving you’ll love the Giulia.

Don’t worry about the auto box either – it is very quick to change gear and much quicker than you could ever manage manually but if you want some interaction you can always use the aluminium paddle-shifters behind the wheel that not only look and feel fantastic but are standard on all but the bog-basic Giulia. Noise level are good.  At motorway speeds the Giulia is as quiet as its German rivals and only when making the engine work hard does the 2.2 diesel get a little intrusive.

All in all Alfa have delivered on what they have been promising for quite a while – a sporting saloon that is easy to live with and very hard to beat when it comes to driving satisfaction. It doesn’t even disappoint at the pumps either as I managed 48 mpg on mixed roads with quite a bit of town driving.

Mercedes, BMW, Audi and Jaguar all produce very capable sporting saloons but as things stand I would say the Giulia has them beat for sheer satisfaction behind the wheel. Alfa are back.