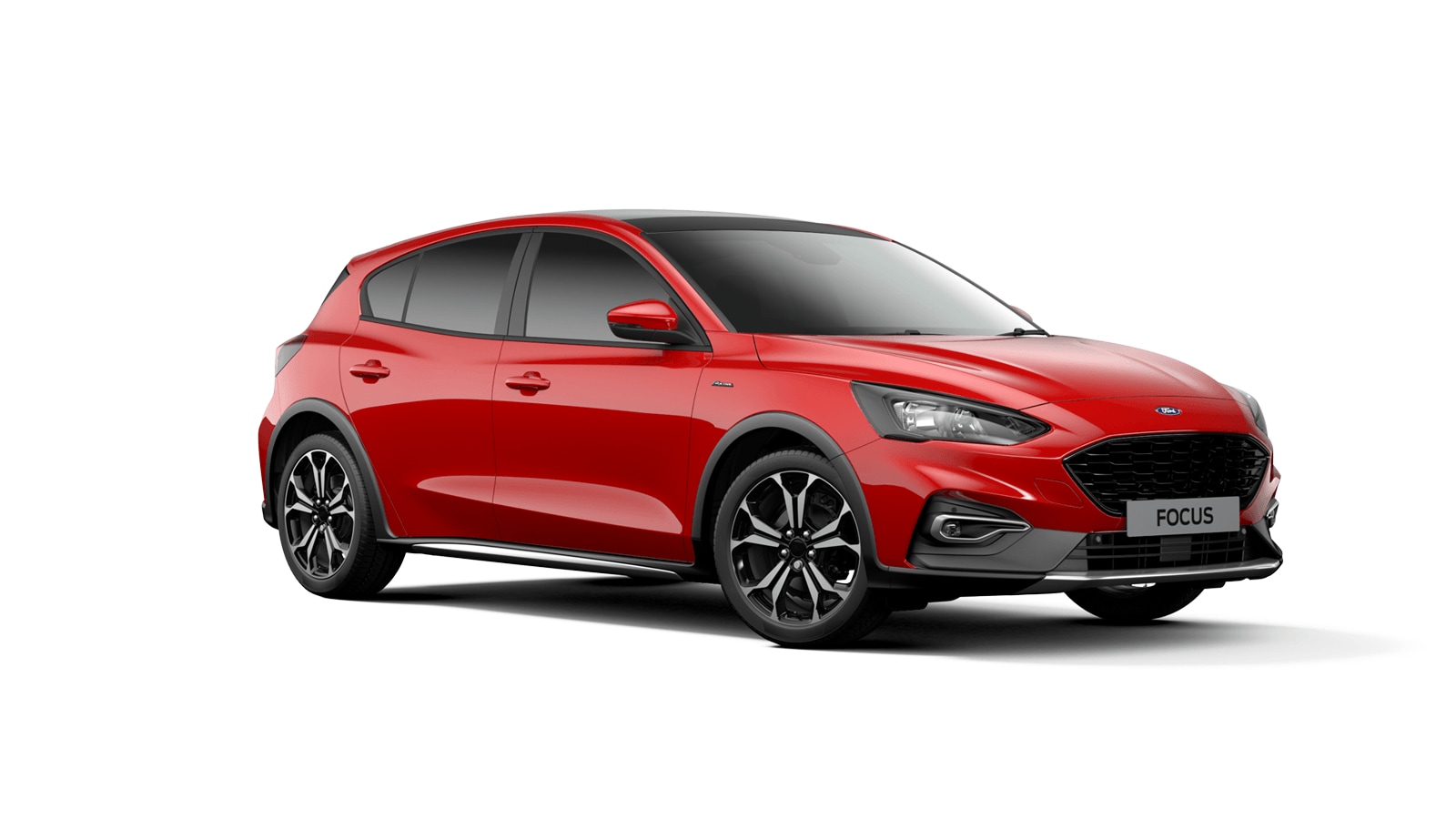 THE Ford Focus Active represents the top model in Ford’s Active range of mild-crossover vehicles with the Ka+ Active and Fiesta Active being the other two.

Having briefly driven all the models recently I was delighted to take a Focus Active on extended loan to see if it’s worth paying a premium for the extra ride-height, tweaked suspension, bespoke chassis and some rufty-tufty body cladding.

I was given the range-topping Focus Active X model (from £24,645) to try out and first impressions were very good. It looks the part with a deep front spoiler, black trim around the wheel arches and some subtle SUV-style side skirts. There’s also a deeper rear diffuser and a ride-height that is 30mm higher than on a standard Focus – which doesn’t sound like much, but along with the other design cues you can’t mistake the Active for its non-crossover sibling.

The Focus Active’s stance isn’t enough to convince you to take it off-roading but you’d be happier with the Active if you regularly need to cross any rough ground and with ‘Slippery’ and ‘Trail’ driving modes available, it could be a winter winner when it comes to adverse conditions.

Rear passengers have the same amount of space as in the standard Focus – there is no 4-wheel-drive Active available so there is no space taken up with extra drive components.

Likewise, the boot space is the same at 443 litres, which isn’t as much as some similarly-priced SUVs, but you’ll find those SUVs won’t be as generously equipped as the Focus Active. Anyway, if you need more luggage space the Focus Active is available in estate form with a whopping 728 litres of storage or 1,620 litres with the rear seats folded.

An 8in infotainment screen dominates the central dash and it’s clearly laid out and easy to navigate. Sat Nav comes as standard along with 18in alloys, heated front seats, parking sensors front and rear as well as a panoramic sunroof. There’s also partial leather upholstery, Keyless entry, push-button start/stop and auto wipers.

A 4.2-inch colour TFT cluster sits between the main dials showing a multitude of information, including which of the 7 driving modes is selected.

Even the standard Focus Active (from £22,145) comes with Sat Nav, heated front seats, 17in alloys, privacy rear glass and dual-zone auto air-con, so may have everything you desire.

However, if you want a choice of the most powerful engines then you’ll need to go for the Active X model which offers a 182PS EcoBoost petrol engine or a 150PS EcoBlue diesel

My car came with the 1.5 EcoBlue, 120PS engine mated to a 6-speed manual gearbox which pulled really well once on the go but I found progress around town a little jerky. You really need to keep the revs high to get the best from the engine and it isn’t as forgiving as most diesel engines when it comes to gear selection.

I think the 150PS Ecoboost petrol unit would be my choice as it feels a little more refined and suits the automatic gearbox particularly well. However, I’m sure the 1.0-litre 125PS EcoBoost engine will be a best-seller as it’s so well proven and is a remarkably refined and capable 3-cylinder unit.

The Focus Active feels at home on the motorway and just like a standard Focus is an excellent cruiser. Extraneous noises are well muted, the car feels firmly planted even at speed and there is enough feel to the steering to prevent constant inputs being necessary.

There is a little more wallow in tighter bends than in a standard Focus but it’s certainly no deal-breaker and I doubt most drivers would notice at all.

The Active X has slightly more forgiving dampers than the standard model so rides speed bumps and pot-holes somewhat better. That extra ride-height helps too but don’t expect the lofty seating position you get in most SUVs. The Focus Active feels like a normal family hatchback from the driver’s seat which may suit some folk but may disappoint others.

So, is the Focus Active worth the £2,250 premium you’ll pay over a standard Focus in Zetec trim? Well, yes, definitely. Not only does the Active look more premium, it is also better equipped to some tune than the Focus Zetec.

The Active X adds some more tech and that wonderful sunroof but I think the cheaper Active has all the bases covered – and then some. It’s a winning combination of off-road appeal and on-road capability in a package that looks the part but doesn’t compromise on driver satisfaction.