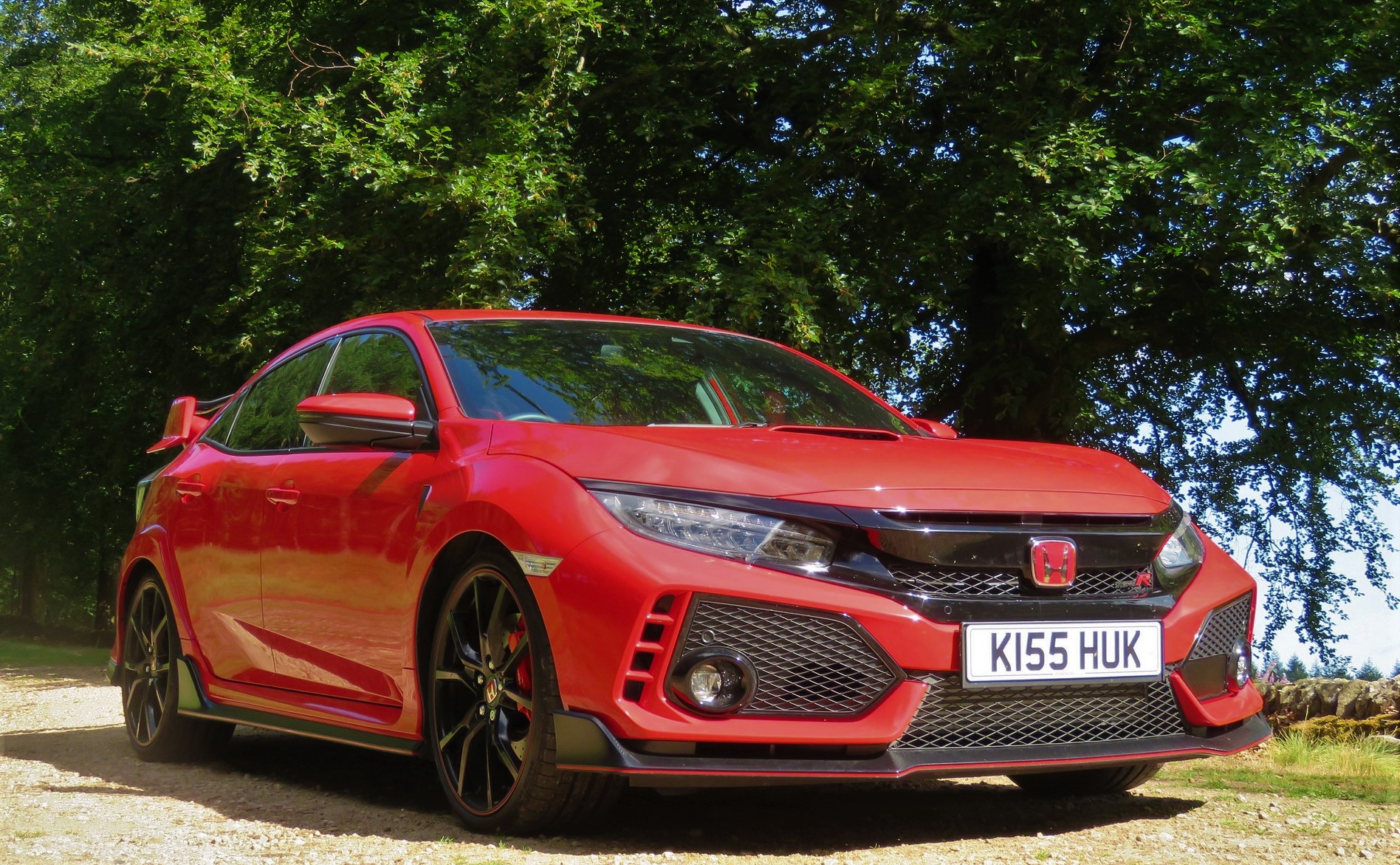 THERE’S a word for a car that belies its true nature. It’s an alternative to the phrase “wolf in sheep’s clothing”. The word is “Sleeper”.

The new Honda Civic Type R is not a sleeper. In fact, it’s rather shouty in a very “wide-awake” kind of way.

That huge rear spoiler screams “hot hatch” as does the triple-pipe exhaust and the plethora of diffusers and air-scoops that adorn the Type R from front to rear – all of which, Honda assure us, have a role to play in making the Civic Type R the best-handling front-wheel-drive performance hatch on the planet.

Whether or not you can stomach driving around in a car that has a touch of the young hooligan about it is another matter.

But let me reassure you: As the Civic Type R is a new model most young hooligans can’t possibly afford the £31,525 asking price, so you can only be seen as a much-less threatening “enthusiastic driver”.

No worries then – and anyway, why spend all that money (and a bit more) on a “Sleeper” Volkswagen Golf R and be constantly losing it in car parks?

CAR PARK ATTENDANT: Can you describe the car, sir?

ATTENDANT: Ooh, sounds sporty – and what do they look like?

You couldn’t possibly lose a Civic Type R in a car park. Especially a Rallye Red one, like I had for a week.

Personally, I like the look. It’s bold enough to be totally unapologetic and if you think it looks vulgar, you’re probably missing the point.

Whatever your feelings about the Civic Type R’s skin you can’t escape its fun-loving soul; and at this point I would normally be talking about the car’s interior, but let’s just skip to the important bit here – how the Civic Type R drives and how it may well (re)awaken the driver in you.

Okay, okay, the interior is fine. It’s not great but it’s okay. It has an infotainment screen that looks a little low-rent compared to the competition but the body-hugging sports seats are terrific and the driving position is perfect. Some of the plastics look a little cheap. There are cupholders. Rear space is better than expected and the boot is big enough with a unique roller-blind instead of a parcel shelf – which works rather well actually.

Anyway, it doesn’t really matter because everything is fine inside. All Civic Type Rs now have 5-doors so families are well catered for too. Nothing to worry about here ladies and gents, move on please . . .

The Civic Type R’s 2-litre VTEC engine is now turbo-charged to produce 320PS (316 bhp) and 400Nm of torque which can take it from 0 to 62mph in just 5.8 seconds, thus putting it firmly in Ford Focus RS, Renault Megane RS and VW Golf R territory. The new-kid-on-the-block Hyundai i30 N is also a contender and like the Renault is slightly down on power but down on price too.

There is a more expensive GT version (£33,525) of the Civic Type R that adds such things as Sat Nav, front and rear parking sensors, dual-zone climate, uprated sound system and some exterior red trim garnish but you’d be hard pushed to notice the difference outwardly and both trim levels have exactly the same performance.

From the off it’s abundantly clear that the new Honda Civic Type R is leagues ahead of the former non-turbo model – which itself was a decent hot hatchback. The new model may share the same engine as the older one but it’s been fettled to provide more punch and because it’s also allowed to breath much easier through the triple-pipe exhaust it feels all-round more willing to throw itself at the horizon. Even the merest hint of turbo-lag doesn’t spoil the party.

It also shares the same 6-speed manual gearbox as the older model, albeit with a lower final drive ratio which adds to the cars overall driving refinement. It’s an absolute belter of a gearshift too. I’d go as far as to say you won’t find better even if it had a chrome-plated gate surround with a prancing horse logo stamped into it.

Then there is the weight-loss too. The new Civic Type R is significantly lighter than the previous model and at 1,380kg is around 140kg lighter than a Ford Focus RS.

The excellent helical limited slip diff is still there but thankfully the old car’s torsion-beam rear suspension has been dropped in favour of a much more pliant multi-link set up. Praise be.

The chassis is well up to the job of keeping all that torque in check too. Honda claim a 38% improvement in torsion stiffness over the older model and I certainly found nothing to complain about in a week of driving a variety of roads – many of which are in a poor state of repair.

Grip levels are phenomenal and this combined with such direct steering provide turn-in that makes the mid-sized hatchback feel much smaller. It appears to have the agility of a frightened rabbit.

This all adds up to a performance hatchback that appears to be greater than the sum of its parts – and by that I mean that with everything the Honda engineers have achieved to make the new Civic Type R the king of the hot hatches it is still a car you can comfortably drive around town without losing your fillings – or the kids losing their lunch.

Yes, its ride is on the firm side and that is why the Civic Type R is such a joy to switch into “Sport” mode and take across-country on some twisting B-roads, but for a car that was developed at the Nurburgring Nordschleife circuit it is remarkably refined when you select the “Comfort” setting and just sit back to enjoy the drive.

Not that many Civic Type R drivers will be just “sitting back” very often. I suspect most will be taking every opportunity to take their car for a blast around our A and B-roads. Many unnecessary journeys will be taken and much fuel may be needlessly burnt but much joy and many smiles will be returned.

The new Honda Civic Type R has just taken Which? Magazine’s Best Hot Hatch award for 2019 – an award it also won in 2018 and it garners many 5-star reviews despite most journos being less than complimentary about the looks; which speaks volumes about what they think of the car’s abilities.

Honda have a tag-line on their website for the Civic Type R; it simply says “If you Never Try You’ll Never Know” and is designed to play on your fear of missing-out on something just because at first glance you may not find it appealing.

Now, I’m not suggesting that the Honda Civic Type R is the Kiwi Fruit of the motoring world, but believe me, they are both very delicious indeed. Go ahead, try one. You’ll love it.