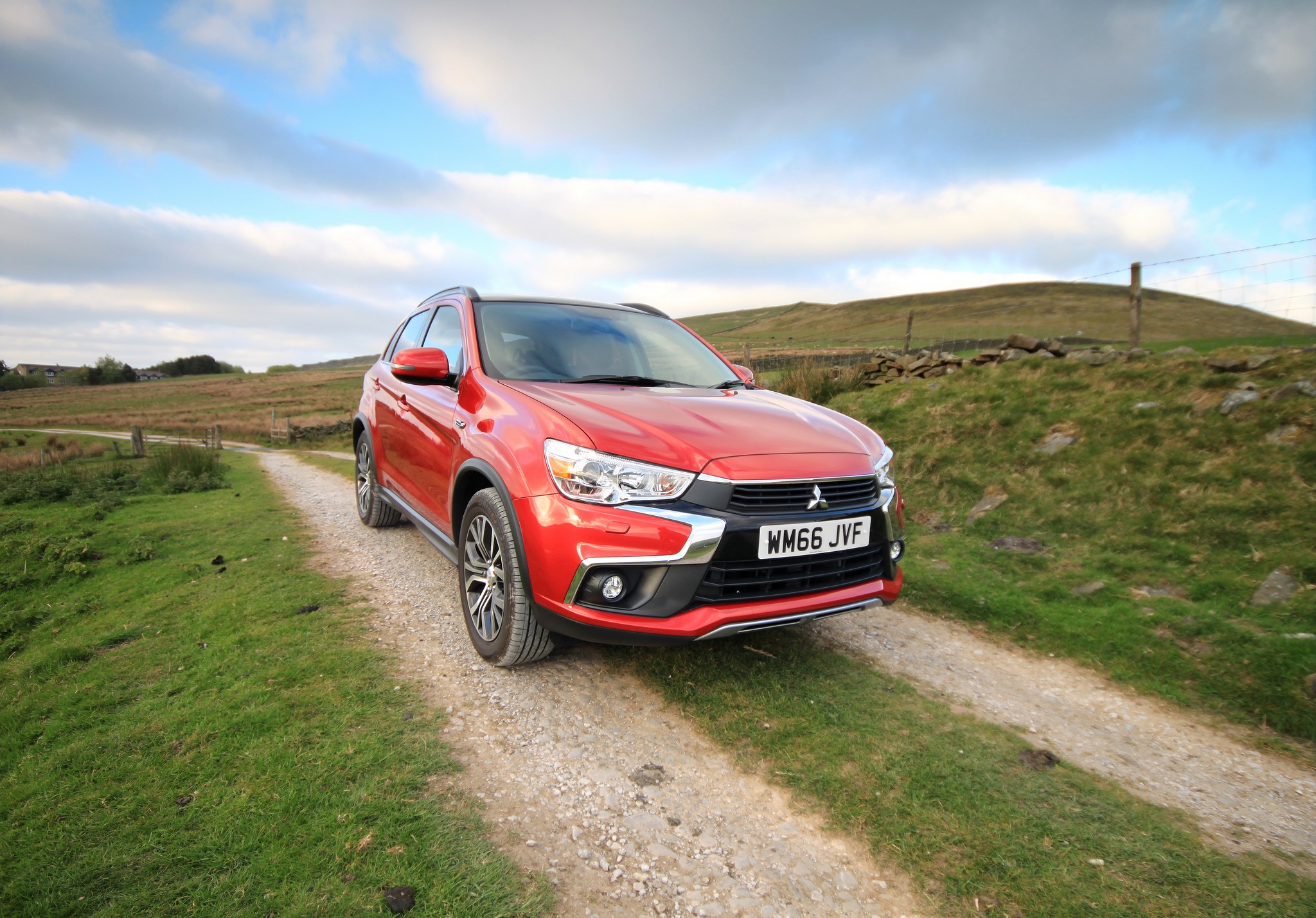 THE Mitsubishi ASX has had a facelift recently and also received a new 1.6 diesel engine choice that should boost the appeal of this compact SUV  – but is it enough to worry rivals?

The ASX looks more purposeful; more 4×4 than rivals such as the Nissan Qashqai and Kia Sportage but the new SEAT Ateca matches it in this respect and will possibly be its main competition.

At the front, the ASX has been brought into line with the Outlander and Outlander PHEV with its “Dynamic Shield” styling that forms a protective chrome frame around the front badge. There are a couple of bonnet bulges and a shark’s fin aerial but apart from that, nothing much has changed outwardly. Inside, the ASX hasn’t changed much either which means it still looks a little functional rather than stylish with some plastics, lower down in the cabin, being decidedly low-rent.

Mitsubishi have kept things simple when it comes to choosing your trim level with just the four: ASX 2, ASX 3, ASX 4 and (you’ve guessed it) ASX 5. I’ve been driving an ASX 4 with the new 1.6 D-id Turbo diesel and AWD which looks very good in Orient Red metallic and contrasting chrome trim. Inside, the black leather is stitched in a smart white thread and the seats are comfortable enough if a little on the firm side. The driving position is very good and the driver’s seat and steering wheel have all the adjustment you will need to get comfortable.

The infotainment screen works well with buttons for all the common functions – like radio, phone and navigation – so you don’t have to poke at the screen searching for the function you want.

The sound system was just about adequate which is a little disappointing for this level of trim but the Navigation system works well and is intuitive to use, as is the Bluetooth hands-free system which can be operated from the steering wheel.

Essential driver information is displayed on a new 3.3″ colour LCD screen positioned between the main dials.

Not being a big fan of having all controls embedded in the infotainment screen, I was glad to see the 3 sturdy looking dials for heating and ventilation in the lower part of the centre console – with buttons just below these for the heated front seats. Keeping things simple often works best and the same can be said for the 4WD controls on the Mitsubishi ASX. A large push-button Drive Mode Selector sits just below the gear-lever and allows you to select 2WD where only the front wheels are driven for best fuel economy on dry paved roads; 4WD which automatically shifts up to 30% of the torque to the rear wheels for better traction on slippery surfaces and LOCK where torque shift to the rear wheels is increased to 50% on demand, to gain maximum traction in extreme weather conditions or in difficult terrain.

Of course, it’s unlikely this button will be pushed very often on the vast majority of ASX purchases, but unlike many of its rivals you at least get the option should you ever find yourself in dire need of more traction.

Rear passenger room is good for your average sized adult, although that panoramic sunroof does take up some headroom so 6-footers may be close to the limit. Leg room is not quite as good as the Nissan Qashqai and the new SEAT Ateca beats the ASX for rear space too although the rear seat is quite wide so having 3-up shouldn’t be too much of a problem for shorter journeys. Boot space is very good at 442 litres with a good-shaped opening that allows easy loading and unloading. The 60/40 split seats are easy to fold and when folded don’t leave an awkward lip which also helps when loading those longer objects.

Driving the ASX is neither satisfying nor thrilling. It doesn’t drive badly but it’s just not very engaging. The 1.6 diesel sounds quite harsh at idle and when moving through the gears it isn’t much better. It just sounds more agricultural than the Qashqai or the Ateca.

The steering feels fine – direct and with enough feedback to instil confidence even at motoway speeds. However, at motorway speeds there is quite a bit of road-noise and wind noise that doesn’t stop you having a conversation but is more intrusive than on most rivals. It almost feels as though some sound-deadening material has been left out from the floor of the ASX.

Performance is good though from the 1.6 diesel which pulls very well once on the go and is quite forgiving around town where the torque will allow you to perhaps miss a change-down on some corners. All photographs by Tony Whittle Photography

Dynamically, the ASX rides rougher roads very well, the MacPherson struts at the front end the multi-link arrangement on the rear has been tweaked and although the ride could be described as “firm”, it’s never uncomfortable and there is very little wallow around sharper bends.

All in all the Mitsubishi ASX still feels as though it is playing “catch-up” with its rivals. It has the advantage of being able to offer true 4×4 performance at an attractive price but when it comes to refinement and driver-appeal it still lags behind the opposition a little too much.