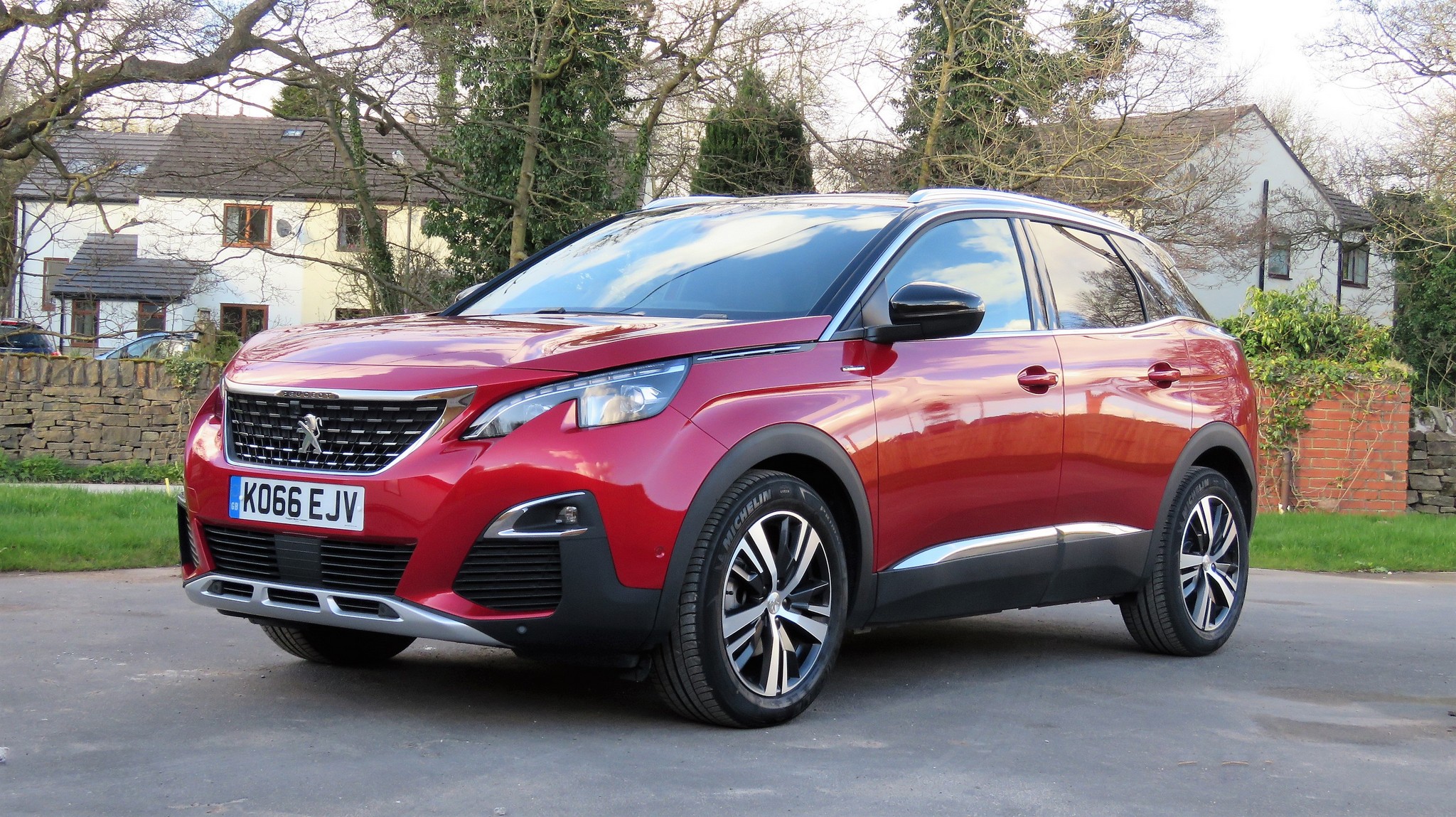 PEUGEOT’S  new 3008 SUV has been named Car of the Year for 2017 and after living with the high-spec GT Line model for a week I can certainly see why.

The old 3008 was a little staid-looking – more MPV than SUV and it always looked like it was either on the school-run or returning from it – but not so the new model which has been bulked-up and restyled to become a stunning mid-sized SUV that has bags of kerb appeal.

Gone are the people-carrier proportions as the Peugeot 3008 now takes on the likes of the SEAT Ateca and Volkswagen Tiguan and beats them both when it comes to style – both inside and out. From the outside the 3008 is not unlike its smaller 2008 sibling – especially from the front where it shares a similar grill with chrome facets and the “tooth” of the front bumper cutting into the headlights – but the 3008 is obviously bigger and markedly more aggressive looking with a large clam-shell bonnet that puts me in mind of Land Rover vehicles.

From the side the Peugeot 3008 looks much higher than the previous model thanks to deep doors and relatively narrow windows – and although the ride-height has increased, the overall height hasn’t.

It’s the rear of the 3008 that really impresses though as a series of chrome roof lines and door trim meet sharply with black trim and glass to form the C-pillars which are positioned just above the rear light clusters which are styled to look like wide gouge marks on the tail – presumably from a lion. After viewing the thoroughly modern exterior you’ll find the interior doesn’t disappoint either. The new 3008 features Peugeot’s i-Cockpit design which includes a configurable 12.3in head-up digital instrument panel (that is generously standard across the range), an 8in. touch-screen and Peugeot’s signature compact multi-function steering wheel.

And while all that is very impressive, what immediately draws your attention is the row of chrome switches immediately below the central air-vents which look like they belong to an exotic musical instrument rather than a car’s dashboard. In fact, the whole of the Peugeot 3008’s interior is very classy indeed and a quantum leap from what has gone before.

Available in four trim levels – Active, Allure, GT Line and GT – there are 2 diesel and two petrol engines to choose from ranging in power from the 131bhp 1.2 PureTech to the 2.0 diesel which in GT spec pushes out 181bhp. In between are the 1.6 BlueHDi diesel and the 1.6 e-THP petrol. Prices start at £21,995 for the 3008 1.2 Active with a 6-speed manual box and rise to £33,155 for the 3008 GT. You won’t find a 4-wheel-drive version though as the 3008 is strictly front-drive only. However, you can always option Peugeot’s Advanced Grip Control system, which along with all-season tyres should be able to handle most low-grip situations.

My particular car was the 3008 GT Line Automatic fitted with the 131bhp 1.2 PureTech petrol engine and included the option of Nappa Mistral leather trim with Aikinite double-stitch detail which looks beautiful and feels very premium indeed. The driver’s seat also gets 8-way electrical adjustment and a wonderful multi-point massage function – but at £1,790 it may be a luxury you can live without.

The driving position feels sporty due to the cockpit design – the centre console sits quite high and wraps around the driver with those chrome buttons and other controls subtly angled toward you while the stubby gear-shifter not only looks great but feels like the Hands-on-Throttle and Stick of a modern jet-fighter. Set the small, multi-function steering wheel low enough to view that head-up digital display and you feel that you’re driving something that is not only cutting-edge but also very stylish. Rear passengers get 24mm extra legroom and 36mm extra headroom compared to the older model which makes the back of a 3008 a comfortable place to be seated – but beware the £990 optional Opening Glass Roof that reduces that height somewhat. Your average 5ft 10in passenger won’t have a problem though.

Boot space is more than adequate but not best in class at 591 litres. However, the rear seats do fold fully flat (giving 1,580 litres) and the boot floor is a 2-position affair that allows you to easily slide in larger items or store smaller items beneath the floor. Out on the road this GT Line model felt very good indeed. The auto gearbox is simplicity itself to use and mated to the award-winning 1.2 PureTech engine there felt to be more than adequate power available even when climbing steep hills.

The ride quality impresses and I would say better than most other mid-sized SUV and Crossover vehicles in this price bracket. The damping definitely leans towards “comfy” rather than sporty with all but the very worst pot-holes being handled without drama – even on 18in wheels. I found the steering to be a little on the light side and although it weighted up at faster speeds it never quite gives the feedback you’re expecting but it didn’t really cause any undue concern and the 60-odd miles I travelled on the motorway were comfortable and stable enough to show me the 3008 is an accomplished cruiser. There is also an excellent Adaptive Cruise Control system that will slow the vehicle to a stop if necessary and apply the handbrake.

I found it difficult to fault the new Peugeot 3008 SUV as it does almost everything very well indeed. It looks good, drives well, feels special inside and is immensely practical too. I love the 1.2 PureTech engine which is quiet and refined, although if you are planning on towing or covering longer distances on a regular basis you should probably consider the 2.0 diesel which gives you 150bhp and bags of torque.