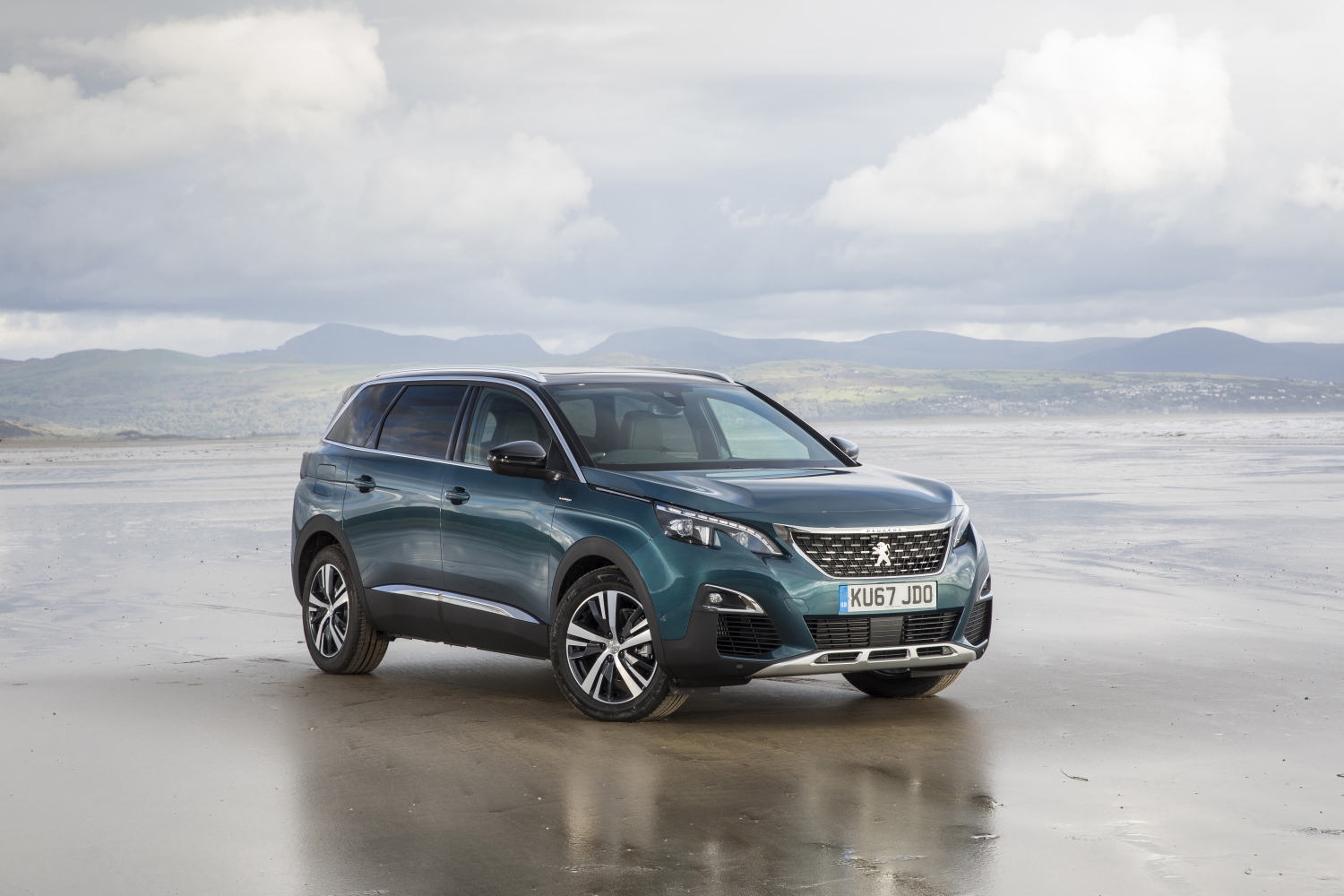 FOR those looking for a 7-seater family wagon, the choice has never been greater with most manufacturers having something to offer. However, if you also want plenty of gallic style wrapped in an SUV body then the Peugeot 5008 may be just what you’re looking for.

The 5008 range starts from just £27,915 for the Active model fitted with a 130 bhp PureTech petrol engine and rises to the sporty GT model at £39,985 which comes with a 2-litre, 180 bhp diesel unit and auto gearbox. In between are the usual Peugeot trim levels of Allure, GT-Line and GT-Line Premium.

I’ve recently spent a week with a Peugeot 5008 GT-Line Premium BlueHDi 130 auto (£33,565 OTR) which is toward the top of the range. It sports a 130 bhp diesel unit and 8-speed automatic gearbox which provided pretty much everything you would want from a large, family SUV, including an opening panoramic sunroof and massaging driver’s seat.

Outwardly, the Peugeot 5008 is a chunky-looking beast with a deeply sculpted front end, a smart looking rear – which sports those signature “claw” rear lights – and enough chrome trim to break up the, rather subdued, Emerald metallic paint of my car.

Overall, it looks classy enough if not reaching the premium heights of a Land Rover Discovery or Lexus RX – which can cost around twice as much depending on spec. It easily holds its own against two of its main rivals – the Nissan X-Trail and Skoda Kodiaq.

The 5008 is certainly more interesting to look at inside than the Nissan. The piano-style keys in the 5008’s central column catch the eye immediately and add an air of prestige to the Peugeot. It’s a shame that you have to use the touchscreen to change temperature though; dedicated switches are easier to use when on the move.

Another feature I very much like in the 5008 is the i-Cockpit dash layout which has you looking over the steering wheel at the main instruments rather than through it. Once you adjust the seat and the steering wheel to suit, I find it a very natural position which gives an excellent view up front.

With the raised seating position, you gain excellent visibility. The 5008’s rearward view  also benefits from large quarter windows and, with the addition of a rear-view camera, reversing manoeuvres should be a doddle.

storage space is good with only the tiny glovebox letting things down. However, even rear passengers get decent storage space along with USB ports and, on this trim level, aircraft-style folding tables.

A wonderful panoramic sunroof and massaging front seats helped make a long trip to North Wales a joy – as did the 8-speed automatic gearbox which performed faultlessly around town and while cruising on the motorway.

All models come with Apple CarPlay and Android Auto as well as a host of safety features including Lane Departure Warning. All but the entry-level Active model get Sat Nav and voice recognition.

The individually-adjustable seats in rows 2 and 3 mean seating versus storage is very flexible and I found access to the rearmost seats was easy enough, so smaller kids should find it a breeze.

Three adults can fit side-by-side in the middle row comfortably thanks to plenty of shoulder room in the individual seats. Headroom is decent too, although the panoramic sunroof does cut this down a tad.

With all 7 seats used you’re left with just enough space for a couple of mid-sized suitcases but with the two rear seats folded you get a decent 952 litres of space.

Impressively, the 5008’s seats can all fold completely flat – including the front passenger seat, if needed – to provide a van-like space that beats the Skoda Kodiaq and matches that of the Audi Q5.

Okay, so how does it drive? Well, the 1.5 litre, 130bhp diesel unit provides 300Nm of torque so it gets down the road easily enough and feels more than up to the job.

However, for towing anything other than a small caravan I would go for the more powerful 2.0-litre 175 bhp diesel – badged BlueHDi 180.

Ride comfort if very good for such a large SUV and most lumps and bumps are dealt with easily by the 5008’s softish suspension which is set up for comfort rather than handling. It copes with A-roads well enough but there is a little more lean than you’ll find in the Skoda Kodiaq or SEAT Tarraco.

On the motorway, the 5008 impresses with its noise suppression. I’ve driven premium hatchbacks that generate more wind and tyre noise than the chunky Peugeot and this makes for a superbly relaxed drive.

All-in-all, the Peugeot 5008 is surprisingly refined for a 7-seater SUV in this price bracket. It has a well-thought-out interior with plenty of space for a family’s bits and bobs as well as having excellent road manners. It’s a tough package to beat and it’s no surprise the 5008 won ‘Best large SUV’ in the Which Car? awards for 2020.