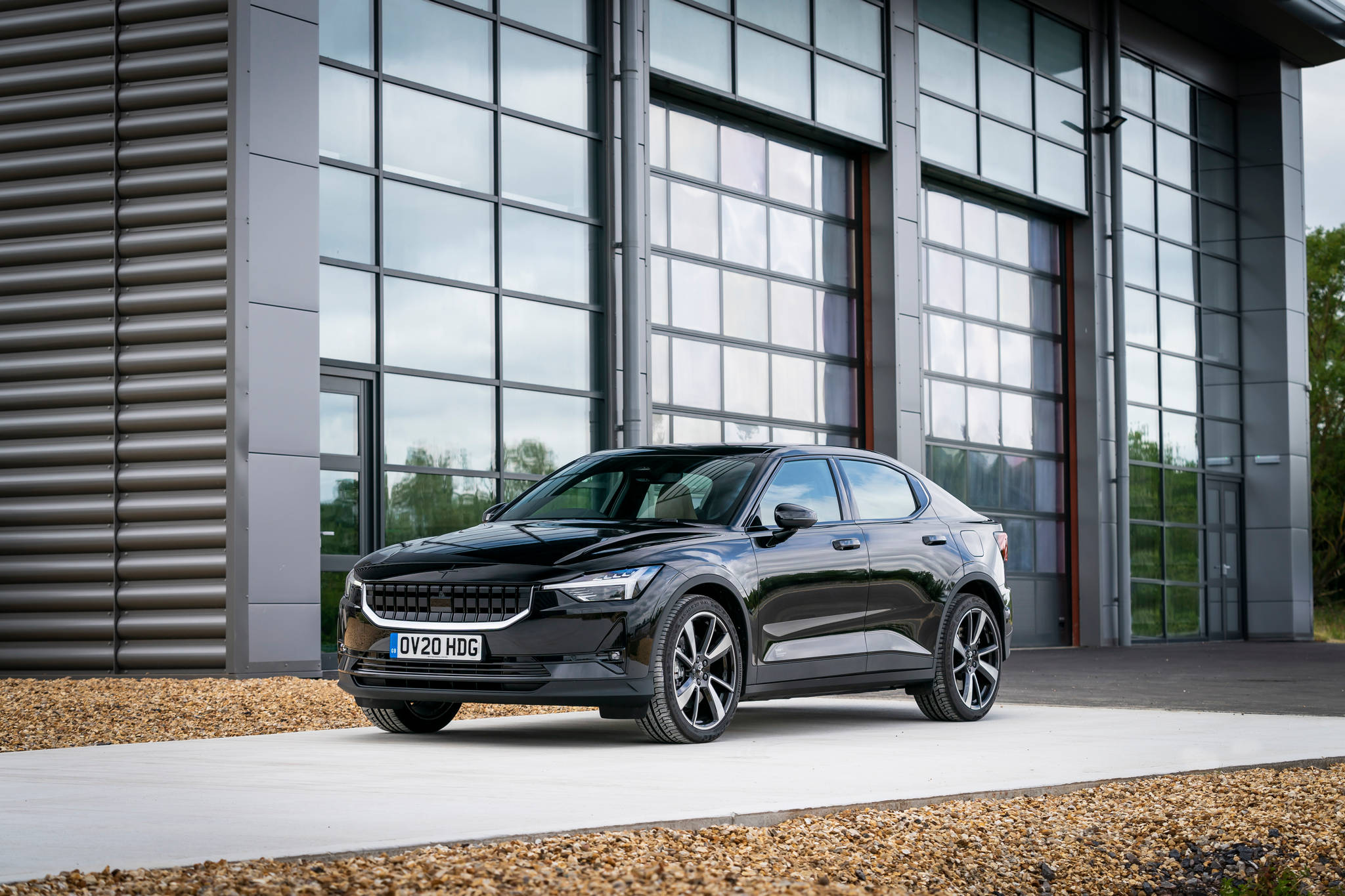 POLESTAR is the car company you may not be too familiar with at the moment, but if you’re a fan of electric vehicles (EVs) then it’s one you really should get to know.

Once the “black-ops” department for Volvo, Polestar sexed-up and beefed-up the Swedish brand for a number of years before finally becoming a marque-unto-itself – although still owned by Volvo and its Chinese partners, Geely.

Their first car was, unsurprisingly, named the Polestar 1, which is a limited-edition coupe-style hybrid that has the performance to match its looks but also has the price-tag too, at just under £140,000.

The “Thor’s hammer” headlights give the car’s origins away at the front but other than that, the average punter wouldn’t immediately think “Volvo” when first setting eyes on the Polestar 2. Both Polestar and Volvo produce great-looking vehicles and it’s laudable that they manage to remain distinct from each other.

The Polestar 2 is available in a number of configurations that can provide more range and the sure-footedness of AWD.

With a home-charger fitted, I imagine most people would be happy with the entry-level Polestar 2. It has more than enough range and power for the average daily commute and lots in reserve for longer journeys.

If you can find a 150KW rapid-charge point, expect to gain 80% of a full charge (from empty) in around 40 minutes. Otherwise, a 7.2KW home charger will take around 9 hours. However, it’s doubtful you’ll ever be charging from zero anyway, if you have a home and/or office charging option.

Equipment levels are the same no matter which model you choose and include 19in alloys, LED front and rear lights, powered and heated front seats with lumbar support, Park Assist for both front and rear with a rear-facing camera, automatic wipers and a hands-free auto tailgate. The retractable frameless mirrors are very cool looking, as is the frameless rear-view mirror.

Fitted as standard is a vegan interior which is light, stylish and airy – although you can spec ventilated Nappa leather if you wish. There are some subtle light wood textures available that add to an air of tranquillity throughout the cabin.

Infotainment levels are excellent with a 250W, high performance audio system and built-in Google Assistant, which has been perfected to understand user commands in various languages. I found Google Maps, which offers real-time and up-to-date information, especially easy to use; just say “Hey Google” and the name of your destination or a street name and off you go. There’s also Google Play Store, which offers a full suite of apps which have been optimised for the in-car experience. Apple CarPlay is to be included from Spring 2022.

I was lucky enough to be driving the range-topper fitted with the Performance pack which includes
Öhlins Dual Flow Valves shock absorbers, Gold Brembo four-piston aluminium front calipers, 20in Polished Forged Alloy Wheels, Gold seat belts front and rear and High gloss black roof segment. It also had the panoramic sunroof from the Plus pack.

The sportier shocks are ridiculously configurable and need to be adjusted manually – so only really for the die-hard tinkerers.

The 11.2in, portrait infotainment screen dominates the dash and is set at the perfect height for least distraction. The graphics are crisp and clear and if you’re familiar with the Android OS you’ll find it simple to use.

The stylish, stubby gear-selector is simplicity itself – as is starting up the Polestar 2. Keyless entry and keyless start take on a new meaning when all you need to do is walk up to the car, open the door, sit down and touch the brake pedal. You can now select forward or reverse and away you go.

Likewise, when you reach your destination, put the selector in Park, remove your seatbelt and get out of the car. It’s as simple as that. Not even a push-button Start/Stop.

The main instruments are digital with the ability to have the full Google Maps view right in front of you, while the steering wheel looks and feels exactly like Volvo’s latest offering – which isn’t a bad thing.

Visibility all around is very good and although the Polestar 2 is slightly raised up you don’t really notice it when ensconced. If you’re after a high driving position then you will have to look elsewhere, but if you’re after a relaxing, refined EV experience then you’ll struggle to find better.

Rear passenger space is good with bags of room for a couple of adults and even the narrower windows don’t feel claustrophobic as the interior allows for light to enter and illuminate so well around you.

At 405 litres, the boot isn’t huge but should be more than adequate for a family of 4 day-tripping. If you’re having to lift the kid’s buggies in and out, you’ll certainly appreciate the wide-opening hatch that has no awkwardness to its shape and the fact that the charging cables are stored under the bonnet and not scattered around the boot area.

If you’re not already sold on the Polestar 2 then after the first few minutes behind the wheel, you will be.

There is a “Sport” mode that sharpens things up even more and you can weight up the steering too if you want more feedback. Personally, I thought the Polestar 2 felt very good indeed with just the default settings engaged.

Those adjustable shockers are factory set to be firm but forgiving on the average UK road and as a result feel a little too firm when you hit the inevitable pot-hole. It’s not a biggie, but the car does “thump” a little; however, it remains reassuringly on-track.

The Polestar 2 is a supreme motorway cruiser and more fun than you would expect on twisty B-roads. Sure, thanks to those batteries, it has a lot of weight to shift around when you’re having some fun, but it does so in a way that you don’t really notice the extra weight – which is low down in the chassis anyway – and body-roll is never a problem.

The Polestar 2 is a hoot in all-wheel-drive, Performance pack guise. But it’s also a superb package in standard, 2-wheel-drive format. It has the tech and it has the refinement. Also, if you park it next to a Tesla Model 3 watch the Tesla shrink away in embarrassment . . .