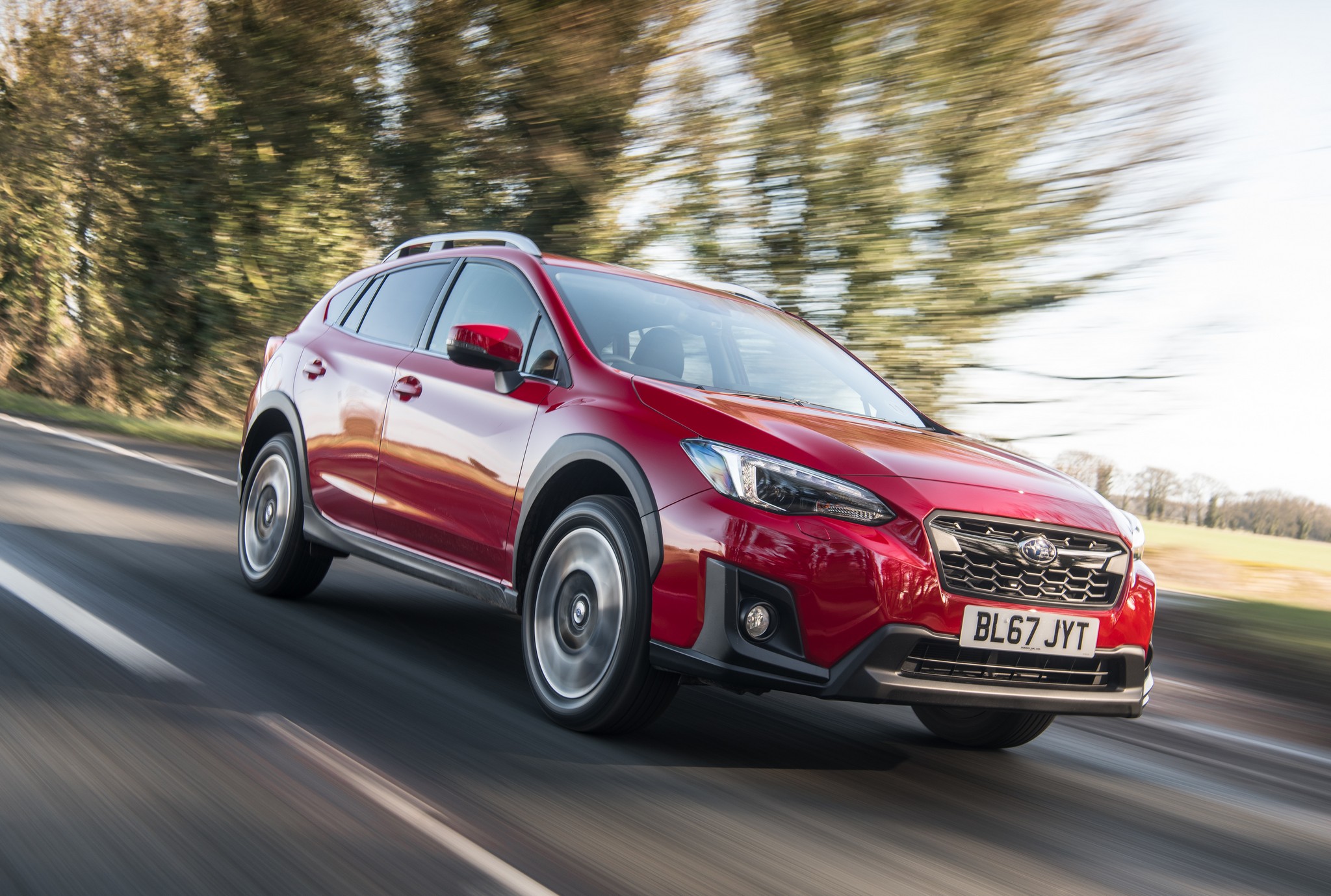 SUBARU have a way of making a vehicle that you immediately trust to get the job done, whether it’s bring the kids home from school or take the other sort of kids to market – and while the XV model is aimed firmly at the family rather than the farmer, it’s good to know that rugged dependency is part of its DNA.

The Subaru XV is a compact crossover vehicle (or SUV, if you like) which goes up against the likes of the SEAT Ateca, Skoda Karoq, Renault Kadjar and the all-conquering Nissan Qashqai and while the countless number of compact SUVs (or crossovers, if you like) may be rather coma-inducing these days, I must say that the Subaru XV is at least a bit more interesting.

For a start it has a Boxer engine which means the cylinders work in 180-degree opposing directions causing less vibration and allowing the more compact design to be seated lower in the chassis to provide more stability. All clever stuff.

As is the Lineartronic Continuously Variable Transmission that moves between a span of gear ratios to provide smooth acceleration while keeping the engine at its optimal rev range. Particularly good for tricky off-road situations where you don’t want to lose drive by simply changing gear. You won’t in the XV as there is no “gear” to change. Smart.

The XV is more capable off-road, or in wintry conditions, than all its rivals thanks to its permanent symmetrical all-wheel-drive system which maximises handling on all roads in almost any conditions. Unlike any other all-wheel drive configuration, the engine, transmission and propshaft are positioned in a symmetrical straight-line layout which provides a direct route for traction and delivers a maximum transfer of power to all four wheels at all times.

As well as the added security of permanent AWD, Adaptive Cruise Control and Lane Keep Assist the Subaru XV has a host of standard features that make it one of the safest cars on the road, scoring a full five-stars in the Euro NCAP crash test.

But you should never need to test those findings thanks to Subaru’s EyeSight pre-collision system which is like a second pair of eyes for the road ahead. EyeSight uses two stereo cameras capturing three-dimensional colour images and is more accurate than traditional camera and sensor technologies. EyeSight uses images from both cameras to precisely determine shape, speed and distance, meaning it not only detects vehicles but also motorbikes, bicycles and pedestrians. When a potential hazard is identified, it warns the driver and even applies the brakes if necessary, to help avoid an accident.

EyeSight is standard fit across the range, as is AWD, CVT auto transmission and the Boxer engine which is available in either 1.6 or 2.0-litre guise.

There is no diesel version of the new XV and, refreshingly, there are just two trim-levels: SE and SE Premium with on-the-road prices starting at £25,310 for the 1.6 SE Lineartronic, rising to £28,510 for the 2.0 SE Premium Lineartronic.

I’ve been driving the 2.0 SE Premium model which provides 156PS and a 0-60mph time of 10.4 seconds which means the XV feels adequately quick rather than rapid. The 1.6 engine feels rather pedestrian with just 114PS and a 0-60 time of almost 14 seconds.

Both models look smart with a much more purposeful and rugged persona than the likes of the Toyota C-HR. The new model isn’t radically different in looks than the Mk.1 but there is a new front end with more streamlined, modern headlights and grille as well as some chunky wheel-arch cladding and smart roof-rails.

Inside is where you’ll notice the updates more with an impressive cockpit that has upped the quality of materials from the older model and added a great deal of new tech, including no less than 3 information screens – one between the main dials, the 8in infotainment screen and a 4.3in LCD screen atop the dash which provides further info such as temperature, fuel-economy and maintenance data.

It’s good to see Apple CarPlay and Android Auto is included but if you want Sat Nav you’ll need to go for the SE Premium trim level which also comes with 8-way adjustable leather seats and a powered sunroof. Both 2.0-litre models also come with 18in alloy wheels instead of 17in and paddle shifters located just behind the steering wheel.

The orange stitching against the black leather looks very sporty, as do the body-hugging front seats which I found very comfortable. The driving position is excellent with plenty of adjustment in the steering wheel.

The sloping roofline means the view out the rear window is a little narrow but the main problem is the wide C-pillars back there which means being extra careful when pulling out of junctions.

That steeply-raked roof also means passengers over 6ft may find the rear accommodation a little tight although leg roof is adequate.

All this can be forgiven when out on the road though, as the Subaru XV has delightful manners whether tootling around town or hammering down the motorway. The CVT is a little hesitant should you floor the accelerator as it takes a second or two to match the engine speed but it’s certainly no deal-breaker and generally you’ll find the automatic gearbox makes for a relaxed drive.

The rest of the XV appears to have been set up for a relaxing experience too with damping that is weighted slightly on the soft side. Fear not though as that low-slung, flat-four Boxer engine keeps the centre of gravity low so the XV feels very composed around corners – even when pushing on.

Steering feel is lacking somewhat, but that can be said about all the XV’s rivals and is no great surprise.

I found grip levels exceptional thanks to the permanent AWD and the XV always felt very well planted on the tarmac.

Off the tarmac you’ll find the Subaru better than anything this side of a Range Rover Sport and I did manage some mild off-roading to try out the XV’s X-MODE which takes command of the engine, transmission, Symmetrical AWD, brakes, and other components to help you navigate challenging conditions. When X-MODE is activated, Hill Descent Control automatically maintains a constant speed when travelling downhill – all you have to do is steer.

The Subaru XV, with its unconventional power unit and gearbox, may be a left-field choice for some, but it makes a lot of sense too as there is plenty of space for a family and an abundance of safety features fitted as standard to keep both occupants and pedestrians safe.