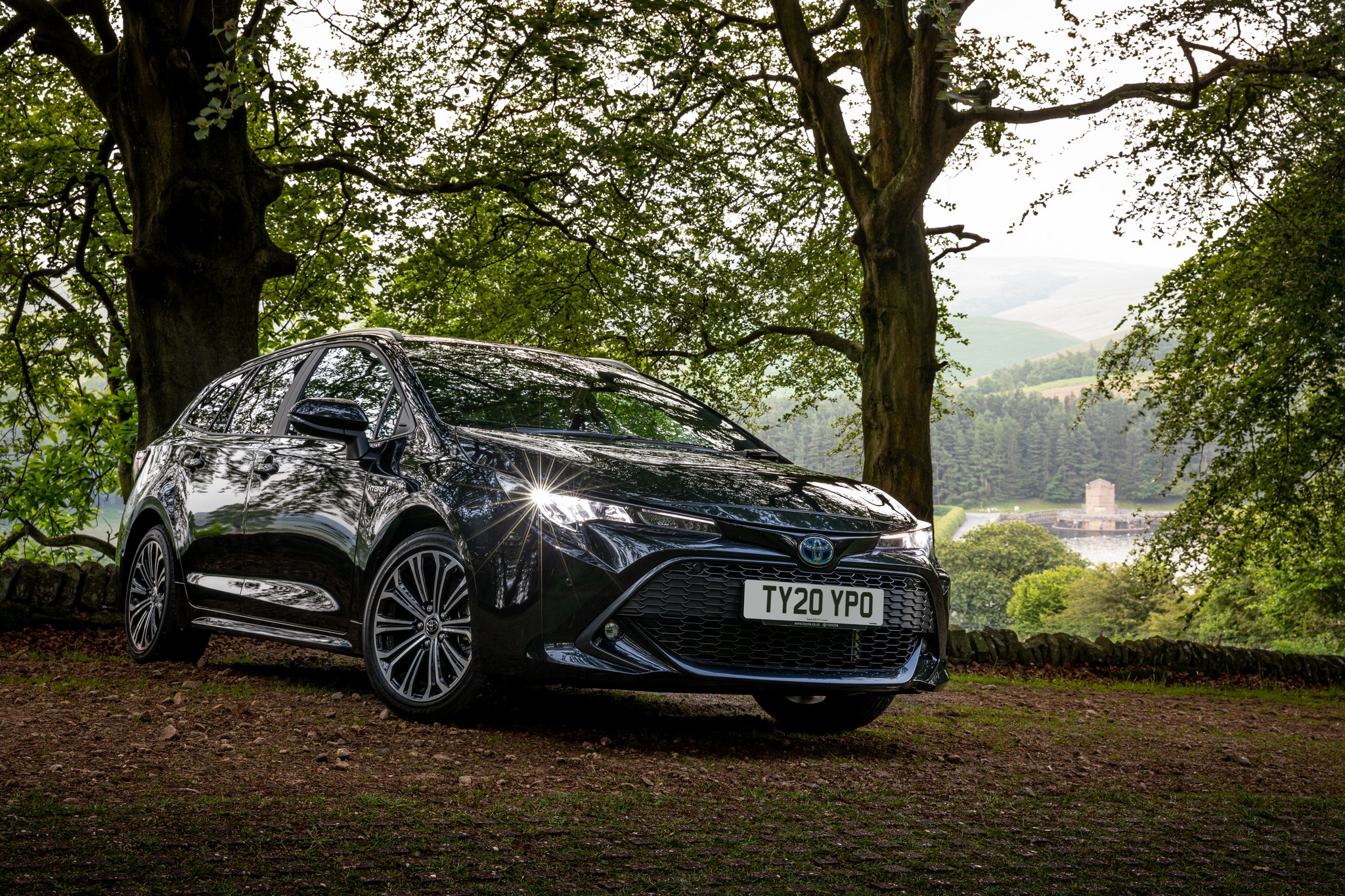 The new Toyota Corolla hybrid marks a welcome return to these shores for the world’s best-selling car. It also usurps its pretender-to-the-throne, the Auris, which was a Corolla in all but name.

Now, almost 14 years later, the Corolla name is back – and what a Corolla it is, picking up the What Car? gong for best hybrid of 2020.

This new, 12th-generation Toyota Corolla self-charging hybrid is a genuine revelation in every department: Style, technology and refinement.

I’ve been driving the estate version – or, the Touring Sports, as Toyota prefer to call it – and I’ve found it to be genuinely worthy of the accolades thrown its way.

For a start the new Toyota Corolla Touring Sports is a bit of a looker. Like all the new Corolla variants it looks meaner, squatter and more purposeful than the old Auris.

It has a boldness to the way it looks – and most of all it isn’t an SUV. Isn’t that refreshing?

The appeal is more than skin-deep too. The new Corolla’s chassis and suspension has been tweaked and tested on European roads to make sure it’s not just capable and refined but has an element of sportiness too. It’s no Honda TypeR, but you may be surprised by how smiley you get when tackling a twisty B-road. At last, a hybrid estate car that you actually want to drive.

For max enjoyment you’ll need to go for the 2.0-litre hybrid with 184 bhp on tap. The only other alternative for the Corolla Touring Sports is a 1.8-litre hybrid with 122bhp which is absolutely fine in day-to-day driving but lacks urgency when you really want to push on.

Both hybrid petrol engines manage around 50-55 mpg on the combined cycle and, of course, both are mated to CVT automatic gearboxes.

Inside, the new Corolla Touring Sport doesn’t disappoint either with a fresh look that sees nicely-textured plastics and soft mouldings alongside some chrome highlights. It does look quite classy in a businessman kind of way and is leagues above the old Auris.

Front and centre is the 8in touchscreen to control all your infotainment. This is standard on all models but if you want Sat Nav, you’ll need to go for one of the mid to top-spec models.

My top-spec Excel model (from £30,610 OTR) comes with 17in alloys and all the driver-aids and tech you could want, including front and rear parking sensors, auto wipers and lights, keyless entry, lane departure warning, adaptive cruise control, heated front seats, dual-zone climate and a 7in TFT driver’s display that you can configure to your heart’s content.

Even the base ‘Icon’ model (from £25,455 OTR) gets heated seats, auto lights, flappy paddle gear changers and adaptive cruise along with Apple CarPlay and Android Auto. It gets a smaller 4.2in driver’s display and 16in alloys.

Between these two trim-levels there are also ‘Icon Tech’, ‘Design’, ‘Trek’ and ‘GR Sport’ so you should have no problem at all finding the right Corolla Touring Sport for you.

Let’s not forget this is an estate car though and so aimed firmly at those who want to carry “stuff”. I imagine most of that “stuff” would be family-centred and I can also imagine that the Toyota Corolla Touring Sport would make for an excellent family car.

Rear seating is generous for 2 adults and more than enough for 3 smaller kids. Two child seats should fit comfortably in the rear and the roofline of the Corolla Touring Sports means the kids shouldn’t feel claustrophobic in there as the windows are a decent size.

As you would expect, the boot is large at 581 litres and with the 60:40 split rear seats down, it’s cavernous with an easy-load, flat floor.

I doubt you’ll find a more rewarding hybrid estate in this price range and it outdoes even its own hybrid siblings in the Toyota range for enjoyment – the 0-62mph time of 8.1 seconds is pretty quick but if feels even quicker, such is the urgency of the petrol/electric powertrain. It feels refined too. Even at motorway speed the Corolla is a quiet place to be – only some whine from the CVT gearbox to be heard when accelerating hard to overtake.

Alongside legendary build-quality and reliability, I suspect that you’d be hard pushed to find a better family lugger for the price. The fact that the new Corolla is so good to drive is the icing on top of an already tasty cake.