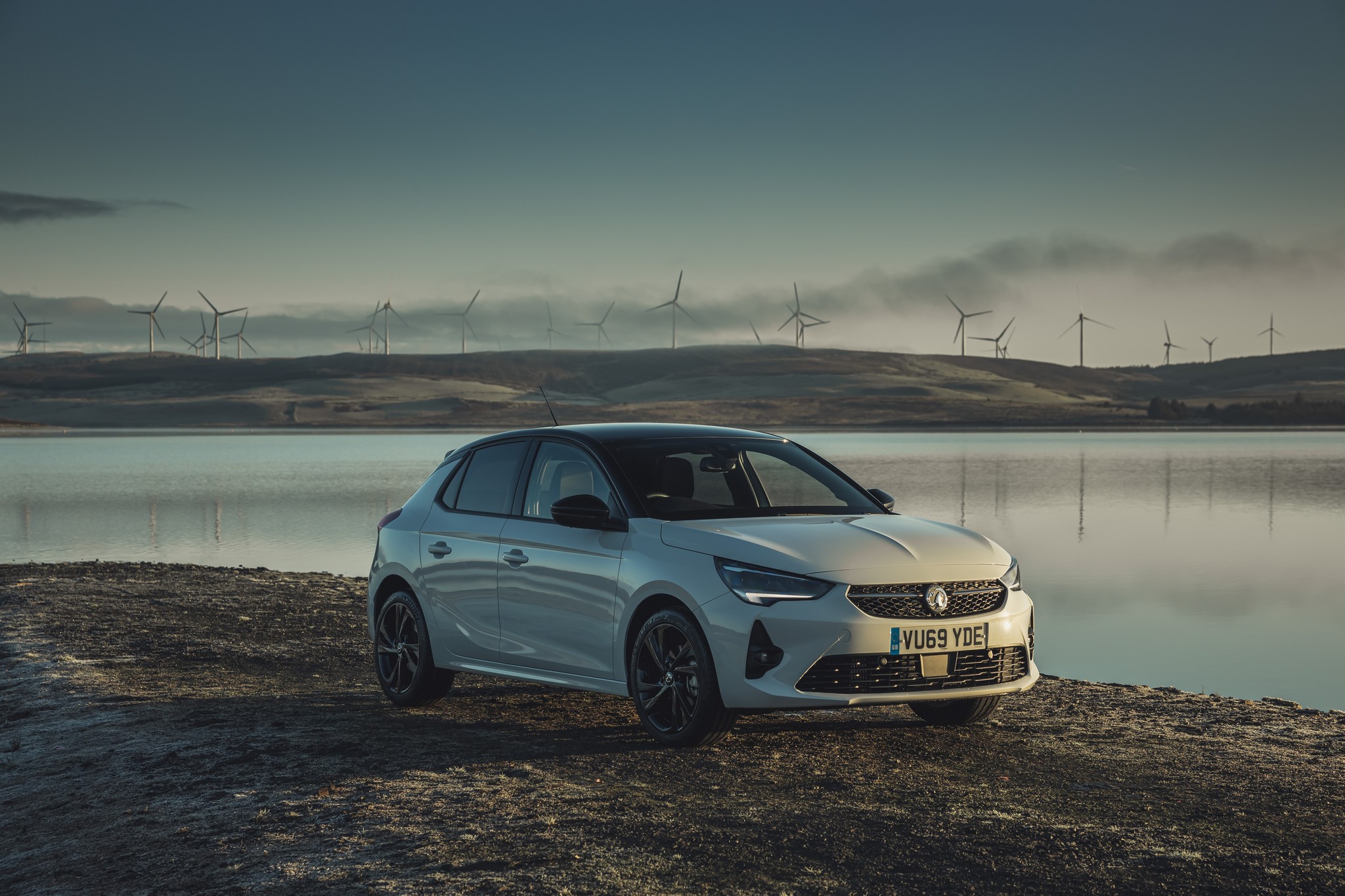 THE humble Vauxhall Corsa has always been a little anonymous on UK roads – unless, of course, they’re sporting a huge exhaust, a ridiculously low ride-height and a rear wing that you could comfortably seat six people around.

However, there is no denying that the Corsa has been a great success for Vauxhall since its introduction back in 1993; and this latest 5th-generation model deserves to continue that success as it’s by far the best-looking and best-driving Corsa ever.

This is in no small part due to PSA’s acquisition of Vauxhall which saw Citroen and Peugeot drivetrains and tech become available to Vauxhall.

The Corsa now looks altogether more grown-up than what has gone before, losing its sit-up-and-ride shape and looking sportier from every angle; and if you go for a dual-colour floating roof it’s really rather pretty too.

Now only available as a 5-door hatchback, the new Vauxhall Corsa stakes its claim as the best-driving, best-equipped small car that also gives you a mid-sized car feel.

For those who prefer a greener solution, the Corsa-e is also available. A 100% electric Corsa with a range of 205 miles and a 0-60mph time of just 7.6 seconds. Vauxhall are also offering to fit a home Wallbox charger for free which is worth around £800 and will fully charge your Corsa-e in around 7.5 hours.

However, I’ve been tootling around in what could prove to be the best-selling option: A Corsa SRi  Nav fitted with the 1.2, 100PS petrol engine – and I must say it does drive very well but in a more mature, comfortably-nippy kind of way.

The turbo-charged 100PS petrol unit it feels very peppy indeed – certainly enough to put a smile on your face and I was pleasantly surprised by its turn of speed when dashing along the Snake Pass from Glossop to Sheffield.

Another surprise was just how well insulated you are from the outside with only minimal wind noise from around the wing-mirrors. Engine and tyre noise are both well subdued – although, I suspect the diesel may be somewhat harsher.

The steering is light and user-friendly, being clearly designed for maneuvering around town rather than going for an A-road blast. However, the SRi comes with a Sport mode to sharpen things up a little.

I wasn’t expecting the new Corsa to be anything special when it came to driving dynamics but I must say it’s definitely the car’s main strength. The chassis feel willing and engine is certainly up to the challenge of delivering a sportier experience than you may have been expecting. A stiffer suspension set-up over the older Corsa certainly helps here.

The Corsa SRi sits toward the entry-level end of a fairly complicated range of trims starting with the SE (from £15,925 OTR) which is surprisingly well-equipped with the likes of air-conditioning, 16in alloy wheels, cruise control, Lane-departure warning, speed-sign recognition and a 7in touchscreen.

You then have Elite Nav (from £19,165) and Ultimate Nav (from £26,205) which has such luxuries as a larger, 10in touchscreen, LED Matrix headlights, keyless entry and start, adaptive cruise control and leather seat trim with a driver massage function.

Where things get complicated is that Vauxhall allow you to add “Nav”, “Premium” and “Nav Premium” options to the SE and SRi models, while the Elite Nav is available as a “Premium Edition”. It must drive Vauxhall’s sales teams around the bend . . . although it does mean there are no further options to trawl through – apart from contemplating the excellent 8-speed automatic gearbox.

The Corsa-e is more straightforward – you have a choice of either the SE Nav (£27,665) or the Elite Nav (£30,310). Both are very well equipped with the range-topper getting a heated steering wheel and front seats as well as the larger 10in touchscreen.

Inside, my SRi Nav is impressively equipped with Apple CarPlay and Android Auto being available from the 7in touchscreen which also includes Sat Nav and a digital radio. Thankfully, unlike its Peugeot 208 cousin, the Corsa has independent buttons for temperature-control below the touchscreen.

The red-striped sporty front seats are supportive and comfy enough for even the longest of journeys, while the overall driving position is much improved from what has gone before.

The flat-bottomed, leather steering wheel looks and feels good in the hands and you now sit in the Corsa rather than feeling like you’re sat on top of it – which means reaching the buttons and switches is now easier as you don’t need to reach down to them.

Some of those buttons are a little low-rent in feel though and hard-plastics abound, especially around the lower surfaces. Fortunately, everything appears to be screwed together very well and I certainly didn’t notice any creaks or rattles, even over pot-holed surfaces.

While there’s plenty of room up front, the rear is a little more cramped – as it is in any of the Corsa’s rivals – with the Corsa’s roofline making it a little trickier for taller passengers to enter and exit.

There’s certainly enough room back there for a couple of older children to travel in comfort but adults wouldn’t be wanting to go too far.

Bootspace is much improved over the previous Corsa at 309 litres and more spacious than the Ford Fiesta. It’s a good shape too for easy loading and unloading. Fold the rear seats flat and you get 1,081 litres.

So, the new Vauxhall Corsa is better looking, better equipped and drives better than any of its predecessors and that, of course, is what you might expect. What you won’t expect is how quickly and easily you’ll fall in love with the little car. At last, Vauxhall have made an endearing Corsa – for grown-ups too.