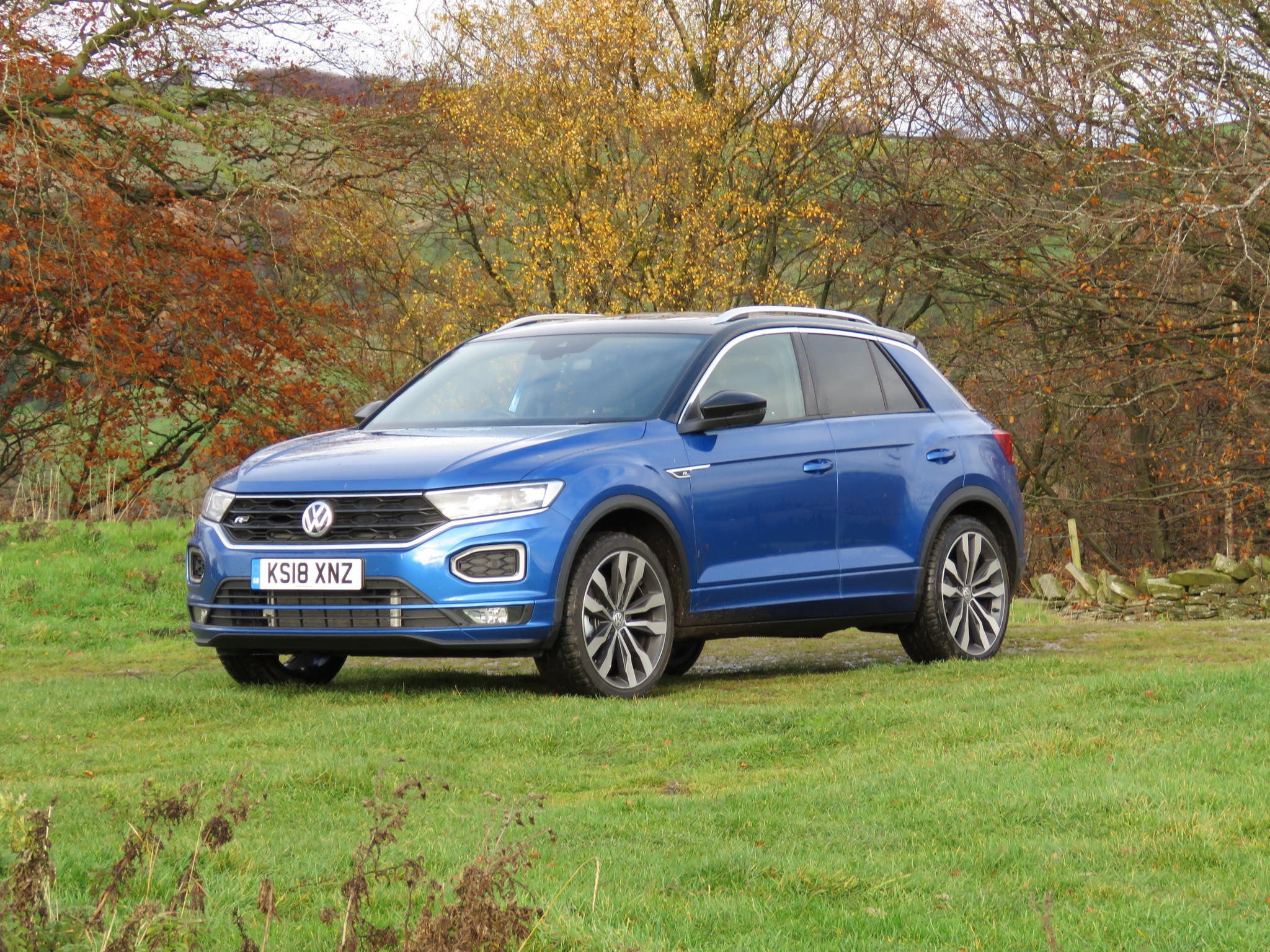 WE appear to be drowning in a sea of SUV and crossover vehicles at the moment and boy is it hard to distinguish one from another. So, the manufacturer that can get its affordable, small SUV to stand out from the crowd should be onto a winner.

So, let’s start by saying that the Volkswagen T-Roc is a bit of a looker that should grab your attention with its rugged, youthful appeal.

There is an appealing mix of colour and textures on the outside, including the option of contrasting roof colours, which gives the T-Roc the edge over more staid rivals. Even the dash can be configured with different colour finishes so if you think the T-Roc is simply a Golf on stilts then think again; It may be based on the world’s best-selling hatchback but you’d never mistake it for one.

Available in five trim levels and priced from a lowly £20,040 on-the-road, the T-Roc has a lot to offer anyone looking for affordable motoring in a stylish, small SUV.

If you’re after out-and-out thrills then the 2.0 TSI, 300PS T-Roc R is now available to order. It comes with a DSG gearbox and four-wheel-drive and will hit 62mph in under 5 seconds. However, it will cost you a whopping £38,450 OTR.

Best to stick with the lower-spec models in the shape of S, SE or Design with the latter hitting the sweet-spot for cost vs features at £22,555 OTR and featuring customization options as standard to make your T-Roc stand out. It also features larger 17in alloy wheels as well as Apple CarPlay and Android Auto so you can use your own smartphone app for navigation.

Engine choice is good with even the base 1.0-litre 115PS petrol unit providing more than adequate performance both in town and on the motorway. For those wanting more oomph there is a 1.5 petrol unit with 150PS which can also be mated to a 7-speed DSG gearbox which comes as standard if you go for the 2.0 TSI petrol unit with 190PS on tap.

I’ve been driving the more expensive R-Line model (from £27,725 OTR) fitted with a 2.0 TDI engine, 6-speed manual gearbox and 4Motion 4-wheel-drive and although you may find the S and SE models a little “low-rent” when it comes to interior plastics, the Design models and above feel quite plush and much more up to the standard we’ve come to expect from Volkswagen.

The R-Line seats are particularly plush with enough adjustment to get comfortable to enjoy that raised view that SUVs afford. Admittedly, it’s not as commanding as Volklswagen’s Toureg but visibility all-round is very good.

My car came with an Active Info Display which gives digital instruments and looks very impressive indeed. There was also an 8in touchscreen with Discover Navigation – standard on SEL trim and above.

Space up front is very good while space in the rear is on par with most rivals but slightly better than the Audi Q2. It’s adequate for a couple of adults but a squash for three as the centre seat position is notably raised. Boot space is also merely adequate at 445 litres- or just 392 litres if you have 4Motion.

Overall, Volkswagen have gone for a more “glam” look to the T-Roc’s interior rather than eek out the last inch of space – and it works as the interior feels fresher than most rival’s offerings and is a genuinely pleasant place to be seated – even on longer journeys.

I found the 2.0-litre diesel unit also added to my enjoyment of the T-Roc as it just so smooth in operation and fairly muted even at motorway speeds.

The 6-speed manual gearbox shifts slickly enough which allows you to enjoy the T-Roc’s dynamics which are surprisingly rewarding on twisting A-roads. It may not be a GTI but it turns in very well indeed and manages to put down the power without any fuss when exiting bends at speed. Sure, the 4Motion helps here but you can feel that the T-Roc’s chassis and suspension are well up to the job without making for a rock-hard ride. I suspect the 2.0 TSI is even more fun.

Steering is also a plus point for the T-Roc as it genuinely has some feel to it and weights up nicely at speed meaning you’re not forever making micro-adjustments on the motorway. It most certainly is an accomplished cruiser with just some wind-noise from around the door mirrors spoiling things slightly.

Overall the Volkswagen T-Roc is quite an achievement from the German brand in a market that is extremely competitive. They may be a little late to the small SUV party but they’ve made quite an entrance.