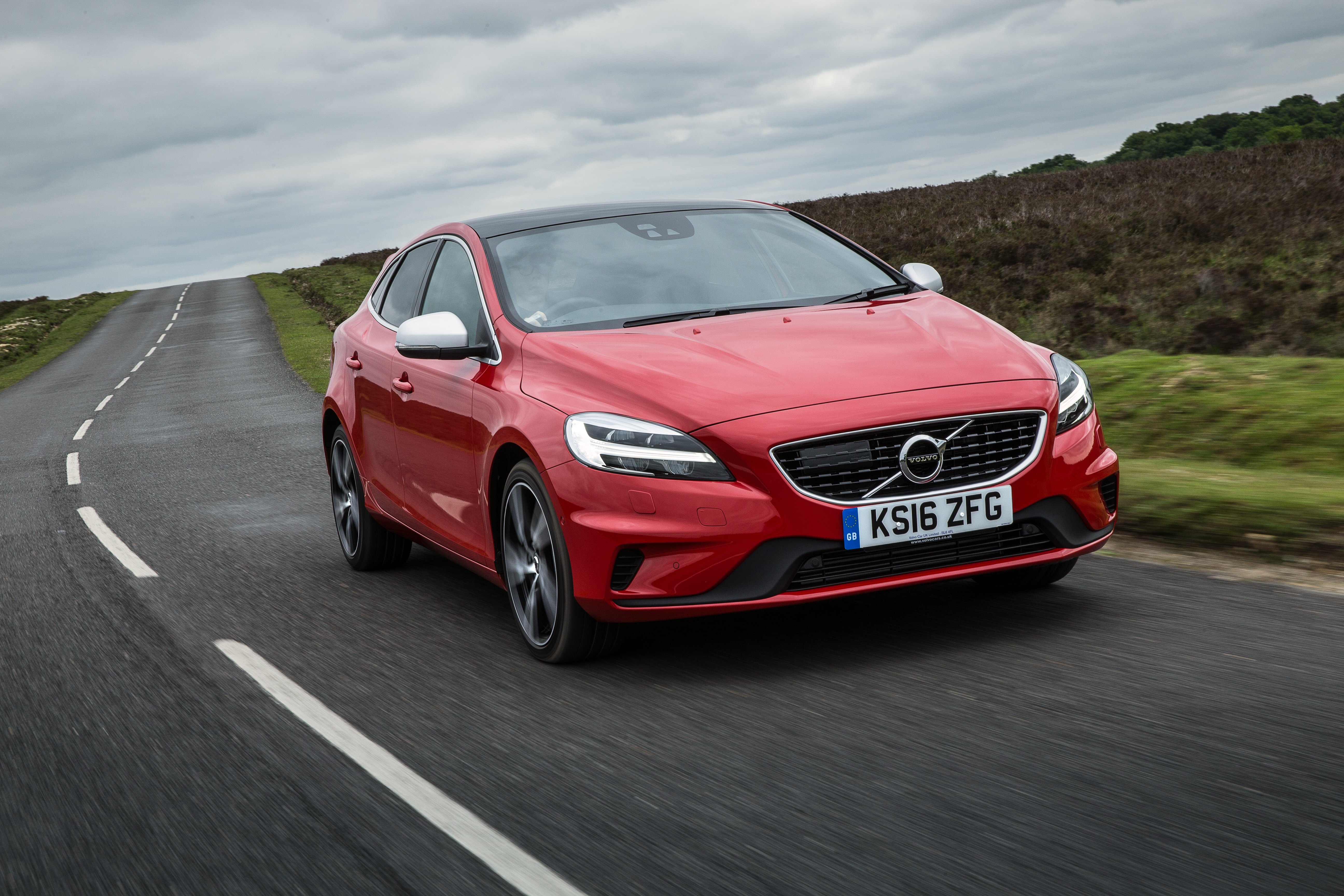 Volvo’s mid-sized compact V40 has had a mid-life facelift recently and I’m pleased to announce that it now comes with a couple of Thor’s hammers.

Unfortunately they’re not Volvo’s solution to road-congestion but are the front LED headlights that include swoopingly T-shaped DRLs and bring the V40 into line with the newer members of it’s family. They look rather smart and being LED they work extremely well and at the time were a first for any car in this segment of the market.

You may be hard pushed to notice any other differences in this update but the front grill is the next obvious upgrade with the newer badge incorporated. There’s also five new body-colours to choose from as well as a choice of eight new alloy wheel styles.

The rest hasn’t changed much – and why should it? The V40 is a very smart looking car which has an air of the premium about it – more so than a Ford Focus or even a Volkswagen Golf or Audi A3 Sportback.

Available in 3 trim levels (if you don’t count the mild-SUV Cross Country version I drove earlier in the year) they are Momentum, Inscription and R-Design ranging in price from £22,005 to £32,015 The Inscription adds 17in alloys, a digital driver’s display, leather upholstery, a sliding armrest, aluminium inlays, Sensus Connect and Sensus Navigation, Rear Park Assist, Rain Sensor and Cruise Control. It’s available from £24,800 for the 120bhp D2 diesel and is probably the sensible choice as it comes with all the essentials and a bit more. Inside you’ll find some of the best leather seats you’ve ever sat in for comfort and a classy looking dash that is on the verge of looking a little dated with its smallish 5in non-touch infotainment screen.

However, the main binnacle with its customisable TFT readout looks thoroughly modern as does the leather, multi-function steering wheel. It’s a pity the handbrake lever is a little awkward to operate on the “wrong” side of the centre console – it’s obviously designed for the left-hand drive market and is a common problem on many manufacturer’s cars which will diminish as more move to electronic handbrakes.

The floating centre console is still there with its myriad of buttons on the front that may look a little overkill at first but is really quite simple to use.

In the rear there is enough space for two adults – 3 would be a squeeze – and despite the sloping roofline, headroom isn’t too bad if you’re under 6ft. The optional panoramic sunroof actually lowers the headroom by a couple of cm but is well worth it if you’re not a family of basketball players as it floods the cabin with light and makes travelling in the rear, especially, more enjoyable.

Boot space is on par with the opposition at 335 litres and comes with a useful boot divider that can be used to make the boot floor nice and flat when the rear seats are folded.

Out on the road the first thing I noticed was that the ride was much firmer than in the Cross Country version. The R-Design has slightly stiffer suspension settings but those larger 19in wheels are probably what really make the difference, making the ride a little jittery over rougher surfaces but not uncomfortably so. The steering feels pleasantly hefty which adds to the feeling of solidity in the V40 and is much preferable to the vagueness you may experience in some other cars. It’s reassuring rather than heavy and parking manoeuvres are unhindered.

I didn’t get along with the auto stop/go which I found kicked in a fraction of a second too early which meant the car lost power half a second before it actually came to a halt and led to some jerky stops at traffic lights and junctions. Fortunately, it can be disabled with the push of a button. A shame though as it is a useful feature that I’ve never had a problem with on any other model.

Overall, this auto version is a joy to drive and feels every bit as quick as it’s 0-60mph time of 7.9 secs suggests.

There is a solidity and quality about Volvos that matches the best of VW and Audi but when you add to that some design-flair and safety innovations that usually go beyond the norm then you have a package that begins to look like a no-brainer.