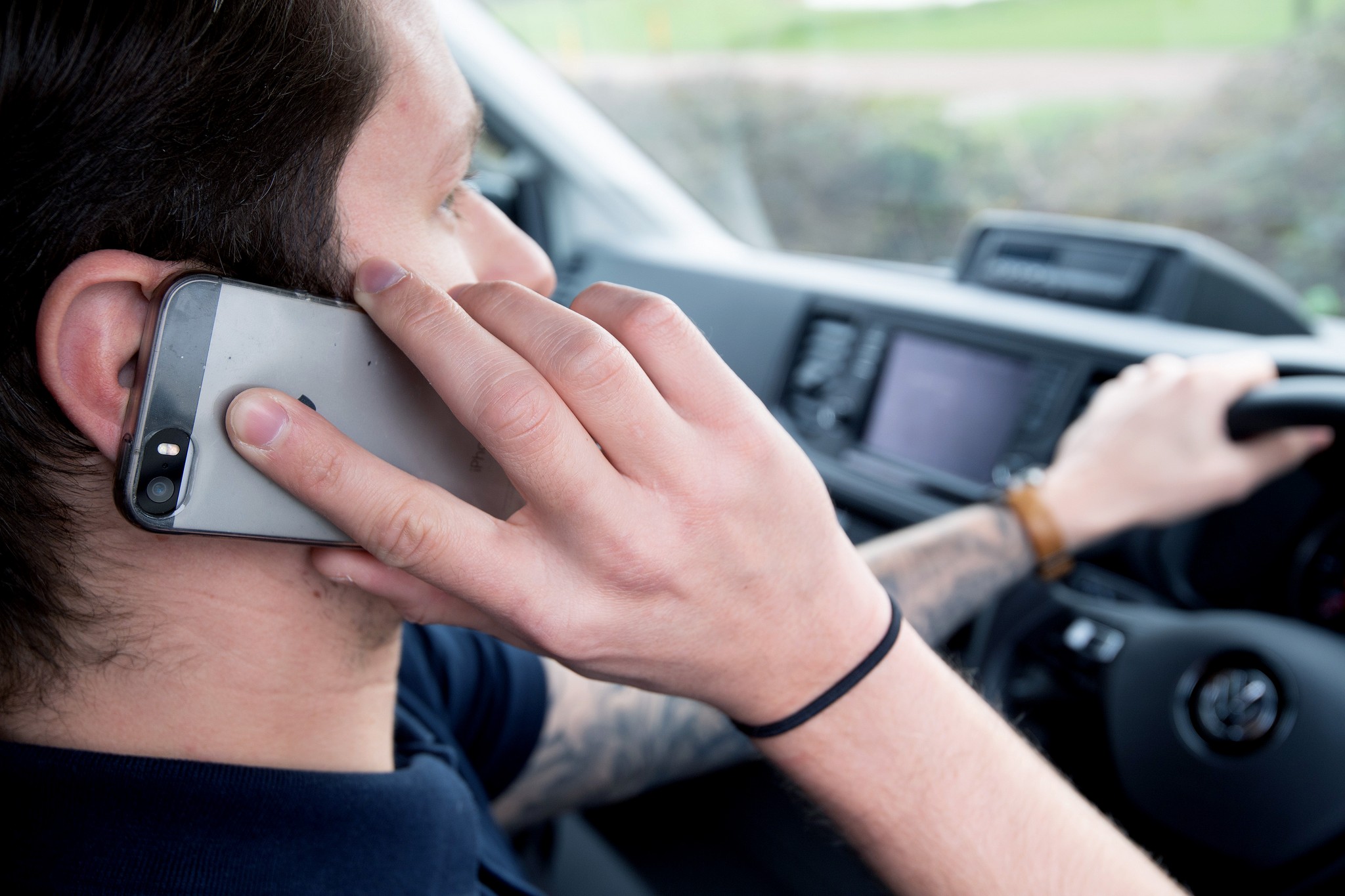 MORE than half of van drivers admitted to making calls behind the wheel without using a hands-free device, according to Volkswagen Commercial Vehicles’ research.

The results of Volkswagen Commercial Vehicles’ investigation comes two years on from tougher laws governing the use of mobile phones. Since March 2017, driving while using a device – including making calls, texting, taking selfies or posting on social media – has carried a fine of £200 and a six penalty point endorsement on your licence. Being caught twice is enough to have your licence revoked.

However, many are risking breaking the law by not having a hands-free kit in their vans (23%) or failing to use the technology even if their vehicle is fully-equipped (33%). Just over a quarter (27%) said their vehicle was fitted with hands-free and they always use it to make phone calls while driving.

Recent government statistics reveal nearly half a million drivers still use their phones behind the wheel while phone distraction is listed as a contributory factor in over 30 deaths annually**.

Sarah Cox, Head of Marketing at Volkswagen Commercial Vehicles, said: “Our figures show that many van drivers don’t have or aren’t using a Bluetooth® hands-free kit behind the wheel – risking not only a fine and potential ban, which would damage business, but, more seriously, a potentially fatal accident.

“As part of our Working With You promise we ensure all our customers have the right accessories and equipment to make their jobs as easy and safe as possible, whether that’s offering flexible van servicing or something as simple as a hands-free kit as standard.”

For more details on Volkswagen Commercial Vehicles’ award-winning range of products and services, or to find your nearest Van Centre, please visit www.volkswagen-vans.co.uk.