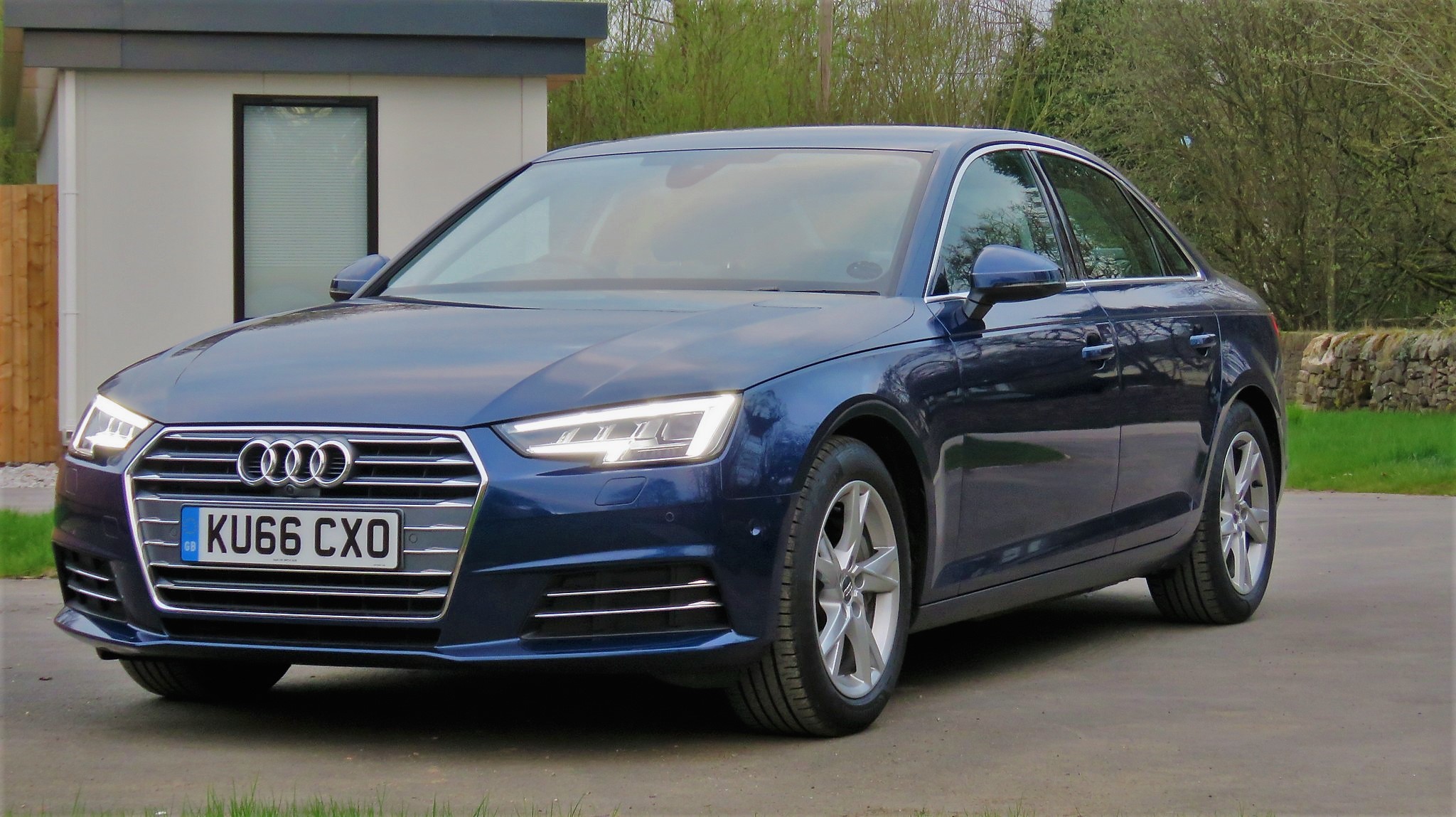 THE Audi A4 often gets mentioned in the same sentence as the BMW 3-Series and the Mercedes-Benz C-Class because, like its German siblings, it is now established as among the very best when it comes to aspirational executive saloons – although Jaguar have a viable option in the XE and Alfa Romeo now have the excellent Giulia to tempt you into something with bags of kerb-appeal as well as competence.

And exterior style may be the only problem I have with the new Audi A4 because I find it difficult to fault on any other level. Audi may be sticking to the old adage of “If it ain’t broke, don’t fix it”, but maybe some change here and there in styling may spice things up a little.

From the outside you would be hard pushed to tell this new A4 from the previous model. Or maybe even the one before that. It’s longer, wider, lighter (up to 21%) and more fuel-efficient than what has gone before and it’s also lower – noticeably so – to help it slip through the air with the minimum of fuss. As usual, there is a variety of power available in both petrol and diesel units with the most economical being the 2.0 litre TDi Ultra pushing out 150bhp. It has a lowly CO2 figure of 99g/km and is capable of 74.3mpg on the combined cycle. Go for the 190bhp version of this engine and you gain only 3 more grams of CO2 and lose only a couple of miles per gallon. If you want Navigation and Audi Connect for all those connected services, you need to step up to the Sport model. Whichever model you choose a quality interior is guaranteed. It’s what Audi do best and the others are still playing catch-up in this price bracket. The soft materials are suitably stroke-able and the harder materials don’t make you wince in disappointment either. Everything you touch in the cabin feels top quality without exception. It looks very pleasing too with a minimalistic feel.

The 7in infotainment screen is crystal clear with the large rotary controlling wheel falling easily to hand on the centre console. Twist, push pull, click to the right or left of the wheel – Audi couldn’t give you more choice or make the control of your system more intuitive.

The only other display below the touch screen is the simple 3-zone heating and ventilation controls. Below this is a subtle row of buttons to control things such as Drive Select and Parking Assist. There is also a button that simply switches the touchscreen off – an obvious function that most other manufacturers don’t bother with, instead leaving you to navigate through a plethora of sub-menus just to get rid of the distraction.

Audi’s Virtual Cockpit is certainly a highlight of the interior and well worth shelling out the £450 extra for. At the touch of a button on the steering wheel you can fill the 12in High-Res Display with a virtual Speedo and Rev Counter alongside other info, such as sat nav, infotainment, phone or vehicle status being displayed in the centre. Another touch can minimize the dials and maximize the map display which looks very impressive. In the rear you’ll find plenty of room for two 6-footers as the new Audi A4 now has extra leg room as well as headroom – the third central passenger still has to put up with an intrusive transmission tunnel though and the rear of the central console which houses the vents will interfere with knees too.

Make no mistake though, with 4-up the A4 is a great cruiser – making it not only a pleasure to drive but also a pleasure to be transported in. The first thing you notice is how quiet the A4 is – even at motorway speeds it is almost whisper quiet. Audi have moved the external mirrors onto the doors rather than mount them at the bottom of the A-pillar because they found the air flowed more smoothly past them and it’s this kind of detail that makes the A4 such a complete package.

Okay, the A4 may not feel quite as planted as the Jaguar XE around the twisties but that is not what the A4 is about. From the moment you pull away and begin to pick up speed you know you are in control of a quality piece of kit that will be almost effortless to get the best out of. Yes, the auto makes more sense in a car like this but I found the 6-speed manual a joy to use, snicking into gear easily with a short throw and always feeling precise. The steering is a little on the light side but now we are splitting hairs and to be honest it weighted up perfectly at higher speeds and was always precise. Ride comfort with the Adaptive Sport Suspension was spot on and because of the sensible size of wheel/tyre combination used there was no thumping over rougher tarmac either making all journeys free from “pot-hole anxiety”.

The A4 impressed on many level, quality of interior and cabin space being notable but what would probably seal the deal for me is the A4’s quietness and ease-of-use. It’s a car in which you can actually de-stress while driving. A rarity indeed.