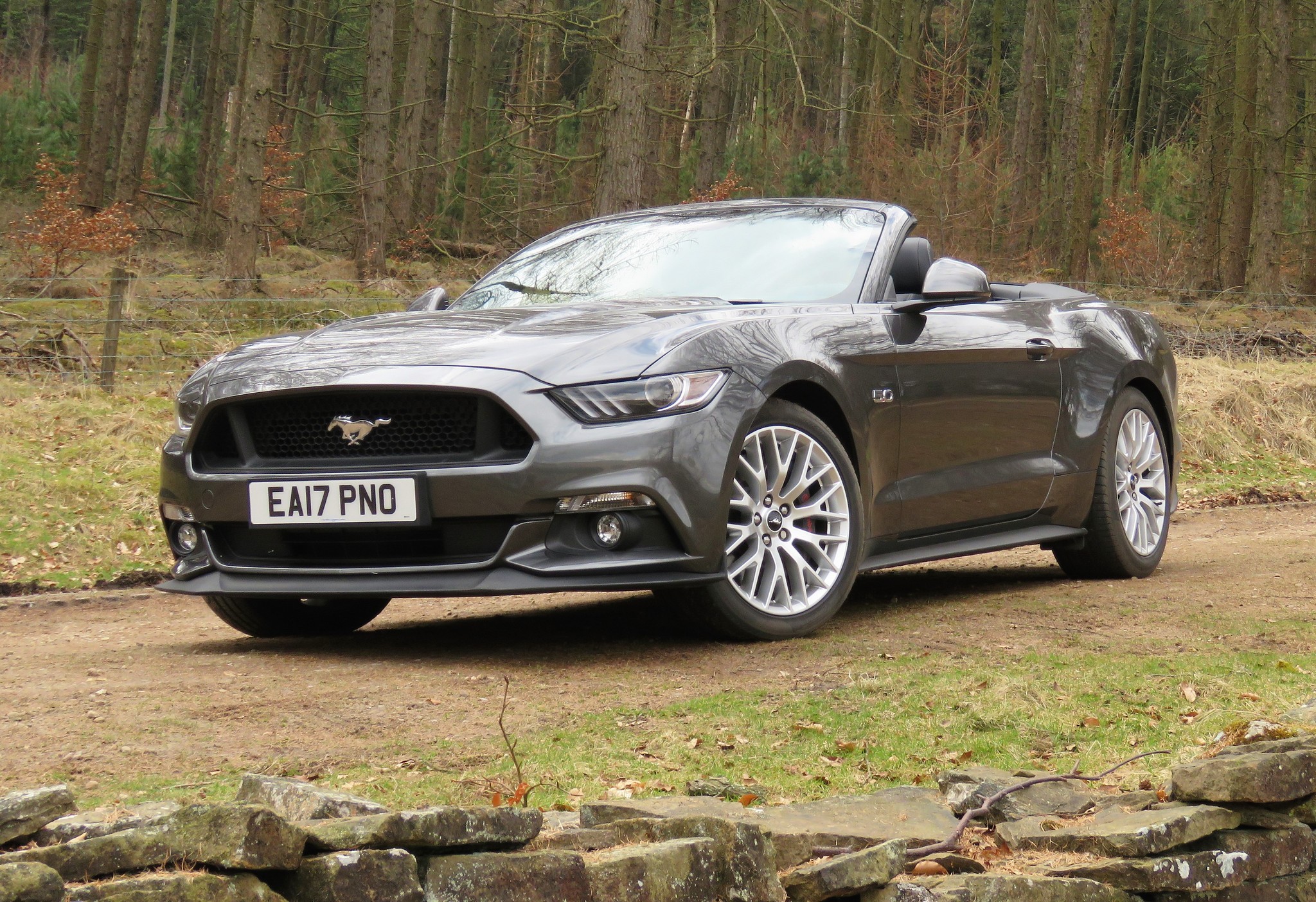 THE Ford Mustang is, without doubt, a motoring icon. It’s the first car that springs to mind when someone uses the phrase “American muscle-car” and even those with little interest in all-things motoring will be familiar with the name and, perhaps, that galloping-horse badge.

It’s certainly a part of American culture, alongside hotdogs, hamburgers and Rock n’ Roll – and just like those other American icons the Mustang is available over here too. It took a hell of a lot longer to get here though – the first right-hand drive Mustangs arrived in 2015 and have been selling steadily ever since – last year Ford sold around 15,000 Mustangs in Europe alone and the UK accounted for around 4,000 of them.

The Mustang really looks the part with powerful haunches, a bonnet so long it almost has its own postcode and an overall presence that means you’ll be turning heads wherever you go. Everyone loves a Mustang; both young and old seem to identify with it immediately and it commands a lot of respect as well as affection. I suspect this is because it still retains an element of “rebel” about it. First off, let’s talk about the 2 main options you will have to consider once you’ve made your mind up that you absolutely need a ‘Stang in your life: Fastback or Convertible? 2.3-litre 4-cyclinder or 5.0-litre V8 (GT)?

I think the Fastback just about shades it over the Convertible – something which is true for most every other hard/soft-top choice. It’s only with the roof down and the sun shining that the convertible comes into its own but for the vast majority of the time (in the UK, anyway) the Fastback is king. The second choice is easier – you buy the 5.0-litre V8 GT model. In fact, it shouldn’t really be a choice at all as anything below 8-cyclinders will feel phoney the moment you drive it off the forecourt. Sure, the 2.3 EcoBoost will manage over 35mpg but you just bought a muscle-car so don’t compromise on the muscle.

I’ve been lucky enough to be driving a V8-powered convertible Mustang GT and I was even luckier to have some decent, roof-down weather during that time – and I loved every minute. You can get the 5.0-litre Convertible Mustang GT for £41,665 OTR if you choose the 6-speed manual, but my car was an Auto, which starts at £43,165. Adding in a premium colour (Magnetic) adds £595 and my car also had the Custom Pack (£1,795) which adds Shaker Pro premium audio with Sat Nav, heated/cooled front seats, reverse parking sensors and 19in Lustre Nickel alloy wheels. The Mustang GT Convertible is strictly a 4-seater with restricted leg and headroom in the rear for adult passengers but up front you’ll find plenty of space for you and your passenger. The Mustang is quite a wide car and that’s reflected when you’re sat in it with plenty of elbow room.

In fact, the Mustang’s interior is quite airy – even with the canvas roof up – and visibility all round with the roof in place was better than expected for a convertible. Sure, you need to be careful when pulling out of junctions if you’re having to look backward too, but the Mustang is no worse than similar cars, such as the Audi A5 Convertible, in this respect. The driving position is spot-on and with a huge amount of adjustment in both the seat and steering wheel it should be easy for all shapes and sizes to get comfortable. A word of warning though; the doors are quite heavy and very long so extra care is needed when you come to park – make sure you leave plenty of room to open the doors nice and wide.

Materials used inside the Mustang are good but not up to the standard of the 3 big German manufacturers, BMW, Audi and Mercedes-Benz. The chrome-effect trim also manages to look plastic rather than metal but overall the feeling is “quality” rather than “premium”. The ebony black leather upholstery lifts the feel of the interior and looks very smart with contrasting white stitching. The comfortable front seats are quite wide but still manage to hold you well when on the move.

Traditional main dials are a welcome sight, being clear and easy to read with a configurable digi screen between. The main, 8in touchscreen lacks some of the resolution of rival systems but I found it easy enough to use and entering sat nav data was a doddle. But, of course, the first thing you want to do when climbing behind the wheel of an American muscle-car is start the engine and listen to the initial bark.

The Mustang GT doesn’t disappoint with a V8 roar that settles down to a soft burble soon after pushing the glowing red starter button. The neighbours may not as impressed in the early hours but you’ll be smiling from ear to ear. Out on the road you’ll find yourself listening to the V8 more than the sound system – which isn’t a bad thing as I was underwhelmed by the Shaker Pro system. It lacked depth, despite a huge sub-woofer in the rear and I can’t recommend it as an upgrade.

Eventually you’ll notice the other sound around you, like wind noise and your partner speaking to you . . . To be honest I didn’t find the wind noise intrusive and even at 70mph on the motorway conversation was held at normal volumes without a problem – but there is more noticeable wind noise than in Audi’s A5 convertible.

Raising and lowering the roof is simple enough: make sure you’re going no faster than 8mph (so, virtually stopped then) pull and twist a single catch at the front of the roof and then hold a button down. Simple. However, if you want to complete the “smooth” look of the hood down, you’ll need to fish out a pair of plastic covers from the boot and clip them into place. I did it once and then never bothered again as the covers didn’t make any noticeable difference to wind noise. The automatic gearbox is fine but I did find myself craving a manual after a while as I think it would suit the cars driving characteristics more – I.e. it would make more pops, blips and growls. That may be just me though and you may well find the auto suits the Mustang’s laid-back, devil-may-care image more.

What can be said about the Ford Mustang – whether in Fastback form or Convertible – is that it is a huge amount of fun to drive. Rear wheel drive and 410bhp are tamed by the electronics to just about the correct level of craziness so that average drivers, like myself, can throw this hefty car around  without creating mayhem. The steering is not quite as quick as I would have liked and body-lean around the fastest corners is more than in some rivals but the Mustang never feels unwieldly for such a large car and the grip levels were very good indeed. The convertible is a little heavier than the Fastback due to body-strengthening but I would defy anyone to notice the difference.

With the top down you get the twin advantages of looking even-cooler and hearing the sonorous V8 more clearly. Wind buffeting is also surprisingly subdued. My wife was impressed that she didn’t need to tie her long hair up even at motorway speeds and noise levels in the cabin were still comfortable. Over 7 days of mixed-road driving I managed to average 23mpg which was slightly better than I was anticipating. I also managed to have a lot of fun and many conversations with strangers who took an interest in the car. It really is an icon-of-the-road and if you’re in the market for a thoroughbred American muscle-car with the steering wheel on the correct side then you really don’t have a choice, do you?