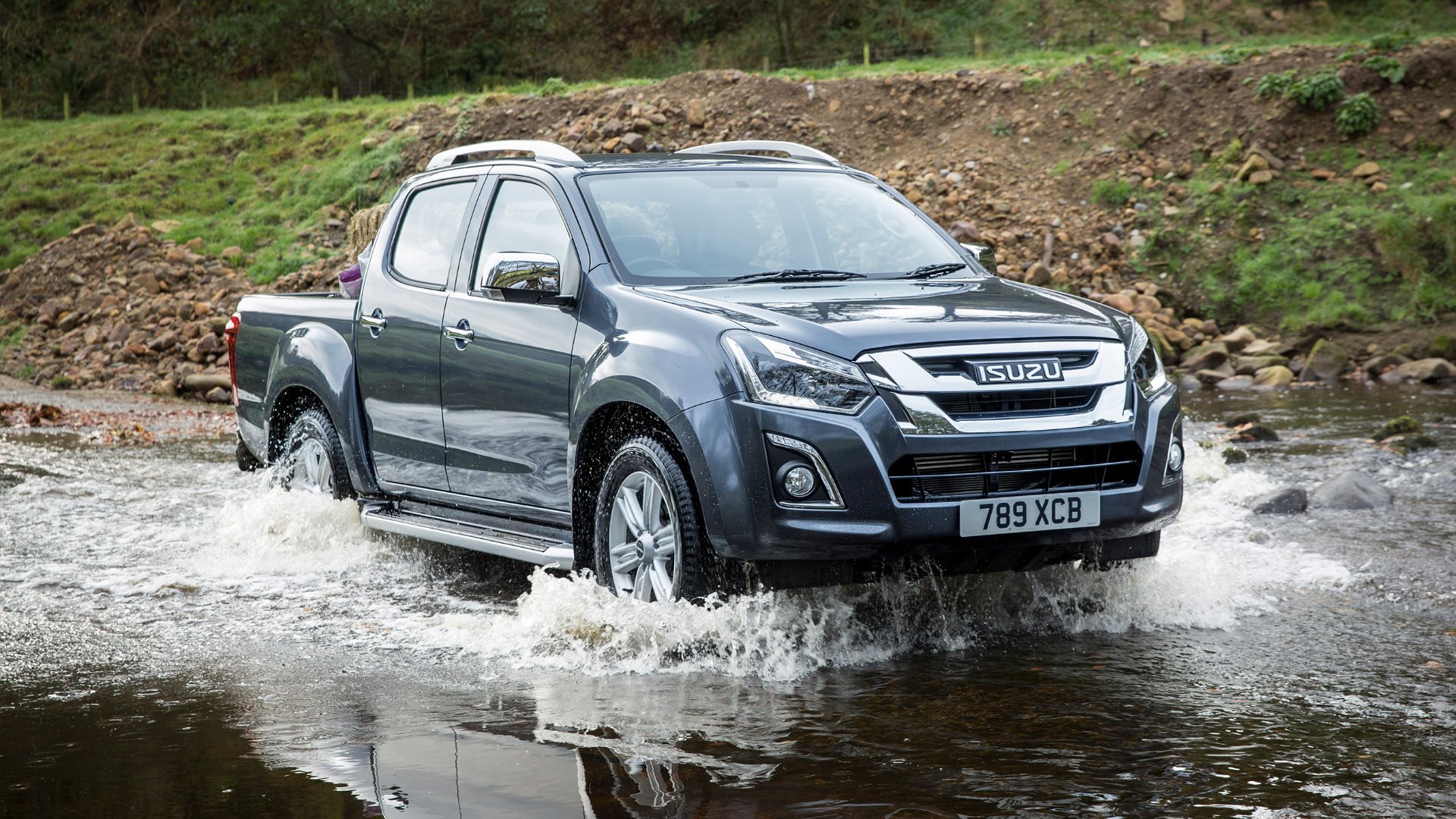 SALES of pickup trucks are on the rise and when you consider that the likes of the Isuzu D-Max can now offer supreme practicality alongside family comfort, then you can begin to see why.

The double-cab variants, in particular, have gained more creature-comforts over the years to make them a real alternative to a family SUV – explaining why we’re now seeing more pickups being used as every-day transport and not just on the farm or building site. The Isuzu D-Max has always had a great reputation for robustness with owners swearing by their reliability. Now that robustness can be had with a touch more luxury because alongside their Utility range – which offers single cab, extended cab and double-cab configurations – Isuzu are offering 4 models designed to attract those wanting a more cosseting, SUV-feel to their pickup.

The Eiger, Yukon, Utah and Blade are all available as double-cab and all have 4-wheel-drive. They also share the same engine – a new 1.9 diesel unit which replaces the older 2.5 unit, making the new D-Max not just lighter but more economical too while keeping the same power at 164 PS. It’s also worth mentioning that this new engine doesn’t require the AdBlue additive, whereas the Nissan Navara does. I’ve been driving an automatic Utah model which proved to be not only comfortable but also an absolute godsend during one of the snowiest weeks of the year.

The interior of the Isuzu D-Max Utah may not be up there with the likes of the Nissan Qashqai or Volkswagen Tiguan when it comes to soft-feel surfaces but the leather upholstery adds an upmarket feel and the dials and buttons all feel robust enough without appearing utilitarian.  It’s a pity the steering wheel has no reach adjustment though – a strange oversight. It’s a pleasant place to sit with comfortable, supportive seats and great visibility all round. The cabin looks and feels modern with plenty of storage space too. The glovebox has upper and lower openings, the door bins are large and there’s plenty of space in the centre console too. If that isn’t enough then there is also a large, lidded opening on the dash top too.

The large circular control unit in the centre console works very well and makes it easy to select and maintain cabin temperature while the 7in infotainment screen is well placed and clear enough – if not the highest of resolutions. I found the Sat Nav easy to use and navigation through the menus didn’t result in any frustration – all in all a well-executed touchscreen. The cabin feels airy enough with plenty of room up front and even those over 6ft tall shouldn’t have any problems getting comfortable in the high-roofed cab and the same can be said for those travelling in the rear too where knee room is as good as any rival and headroom is plentiful.

Two adults in the rear will be very comfortable whereas anyone sat in the middle seat won’t want to be travelling too far as there is less headroom and foot placement is a little awkward due to the transmission tunnel. Three kids shouldn’t be a problem though, and the ISOFIX anchor points are easily accessed if a child seat needs to be fitted.

So, as family transport you will find the Isuzu D-Max Utah well up to the job and as a go-anywhere load-lugger you won’t find it wanting, either.

The new, lighter engine means the max payload for the new D-Max 4×4 Double Cab has increased to 1,091kg – slightly better than both the Nissan Navara and Mitsubishi L200 – and that 1,552mm x 1,530mm load-bay can comfortably take a Euro pallet. If towing is your thing then the Utah is capable of towing up to 3,500kg (braked) and although the torque is slightly down from the older model, new gearing means you will never notice the difference.

As I mentioned earlier, the D-Max Utah arrived just in time for one of the snowier weeks we’ve experienced this year which gave me the opportunity to try it out off-road and on some slushy and muddy B-Roads around the Peak District and it didn’t struggle at all. Not even a little. The chunky Bridgestone tyres helped here but so did the D-Max’s 4×4 Low-range capability when things got particularly messy.

To be honest, switching from 2WD to 4WD high-range was enough to instil confidence 99% of the time – even in snow several inches deep – but it’s always good to know there is a low-range option available for the real quagmires. Switching drive modes can be done on the move via the rotary knob between the front seats and while I didn’t notice any problem with 2WD when selected, I spent most of the week in 4WDH due to the poor weather.

Back on the tarmac – both wet and dry – the D-Max Utah drove as expected for an unladen pickup truck – a little bouncy over badly pockmarked surfaces but generally comfortable with an ability to take the average pot-hole without drama. Maybe this is one of the reasons SUVs and pickups are gaining in popularity?

Again, due to the weather, I wasn’t inclined to throw the D-Max Utah around any bends but I thought body-roll was well within acceptable limits and grip-levels were very good with 4-wheel drive engaged – there certainly wasn’t any skipping around from the light, rear-end. The auto gearbox coped fine with changes in speed but it was notably quicker when changing down rather than up – which is fine as overtakes can be taken confidently.

Road and wind noise is a little more intrusive than you would find in your average family-SUV but it’s nowhere near a problem. The 1.9 diesel unit gets a little vocal toward the top of its rev range, but again, not really a problem and once it reaches cruising speed things settle down anyway.

Steering feel is good with the weight loading up nicely at higher speeds and I certainly didn’t feel the D-Max was wandering on the motorway. Low-speed manoeuvres require a little muscle – especially in the mud – but I doubt your average D-Max driver would find themselves having to make such manoeuvres very often. Parking is easy on the arms but you’ll be glad of the reversing camera and sensors that come as standard on the Utah – at 5.3 metres long the D-Max is a bit of a beast.

The Isuzu D-Max faces some stiff competition from the likes of the Nissan Navara, Mitsubishi L200 and the Toyota Hilux but it manages to hold its own – and with a reputation for hardiness that puts the others in the shade, it should definitely be on your shortlist.