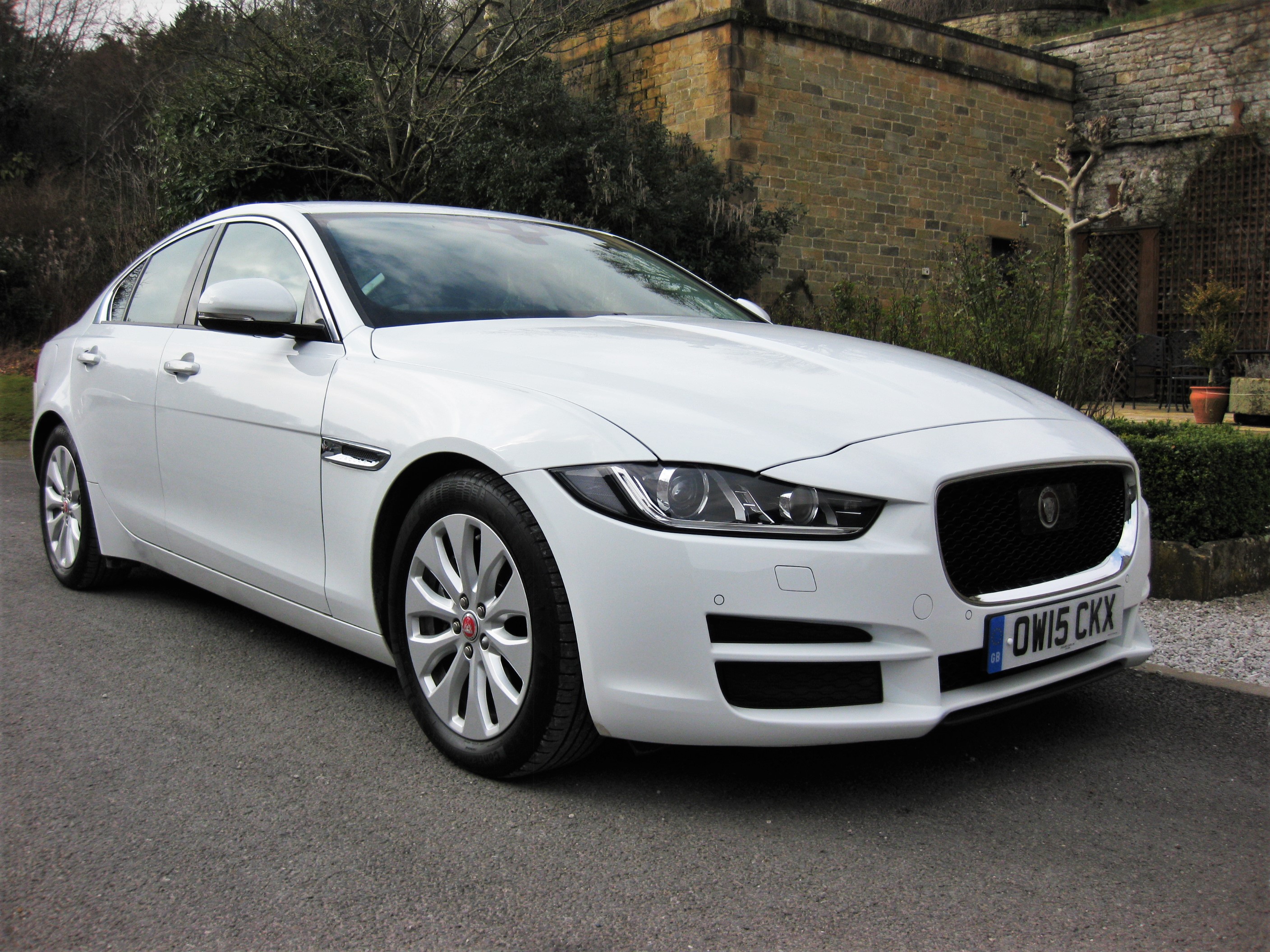 WHAT is there not to like about the Jaguar XE? For starters it’s a Jag. It looks the part too with that long bonnet and sloping rear quarters.

It may be a little understated compared to the XF but it’s unmistakably a big cat and people will admire it on the road or on the forecourt as it’s a pleasant change from the usual suspects: the BMW 3 Series, Audi A4 and Mercedes C-Class. Don’t get me wrong, the 3 Germans are fine cars but there is just something a little extra special about a Jaguar. All that would count for nothing of course if the Jag’s dynamics don’t meet the expectation – much as the X-Type failed to take a foothold in the mid-size executive market.

But this replacement for the X-Type has been 6 years in the making and arrives determined to be THE driver’s choice in this highly lucrative sector. The facts speak for themselves: The smallest, lightest, stiffest Jaguar saloon yet and the most aerodynamic Jaguar ever. The XE also has double wishbone and Integral Link suspension for precise handling and is available with the all-new high-efficiency 2.0-litre Ingenium diesel engines as well as the supercharged 3.0-litre V6.

I’ve been driving the lower-specced 163 bhp diesel SE model with the excellent eight-speed auto box and I must say I have been very impressed indeed. The only thing that feels” low” about this particular model is the seating position but that is mostly due to the fact that the Jaguar designers have rather cleverly raised the central transmission tunnel somewhat to give both the driver and front seat passenger a sensation of being enveloped in the cockpit. It works very well too. You have a sense of being hunkered down in the machine but entry and exit is un-dramatic as the seats are at a normal level.

The interior impresses on other levels too, from the uncluttered dash to the “Start/Stop” button which pulses heartbeat-like when you first enter the cabin. And yes, the auto-box rotary dial rises majestically from the central console when you start the engine. Jaguar really do know how to create a sense of occasion. Once away the XE’s manners are impeccable. You would expect a car that handles this well to feel somewhat lumpy over our less-than-perfect roads. Not at all. Riding on 17in. wheels the Jag just eats up the imperfections.

Plant your foot into the carpet and the rear-wheel drive XE will make you question whether you really do have a modest 163bhp under the bonnet. Extensive use of aluminium in the monocoque has really helped here – The XE really does shift and in sports mode it shifts even quicker. The new Ingenium engine is smooth too; I couldn’t detect any flat spots under acceleration, just a smooth take up of power no matter which gear. Great stuff. While the plaudits are coming thick and fast I should also mention just how good the steering is- and all the more impressive when you realise it is Jaguar’s first all-electric power steering unit which comes with a C02 saving of around 3 per cent – in fact, this particular model has an overall CO2 level of just 106 g/km while the manual achieves a staggering 99 g/km meaning, if you buy before 2017, you will be paying no road duty year-on year.

Another first for the XE is the introduction of Jaguar’s All Surface Progress Control – a revolutionary system that maximises low-speed traction in adverse conditions such as snow and ice. Although, rather tellingly, there was a set of Snow Socks in the boot of the test vehicle – they must have known I’d be taking a trip up to Buxton. If there is any criticism to be had then it will most certainly come from the rear passengers who will find things a little tight back there – especially anyone sat in the middle where that large transmission tunnel means that ladies may be tempted to go side-saddle to preserve their modesty. It really is quite intrusive and was the only complaint I received on that Buxton trip when going five-up.

However, when a car is this well rounded then a slight lack of rear space can be easily forgiven by simply firing up the engine and going for a drive – Once out on the road I guarantee you’ll forgive this big cat anything.