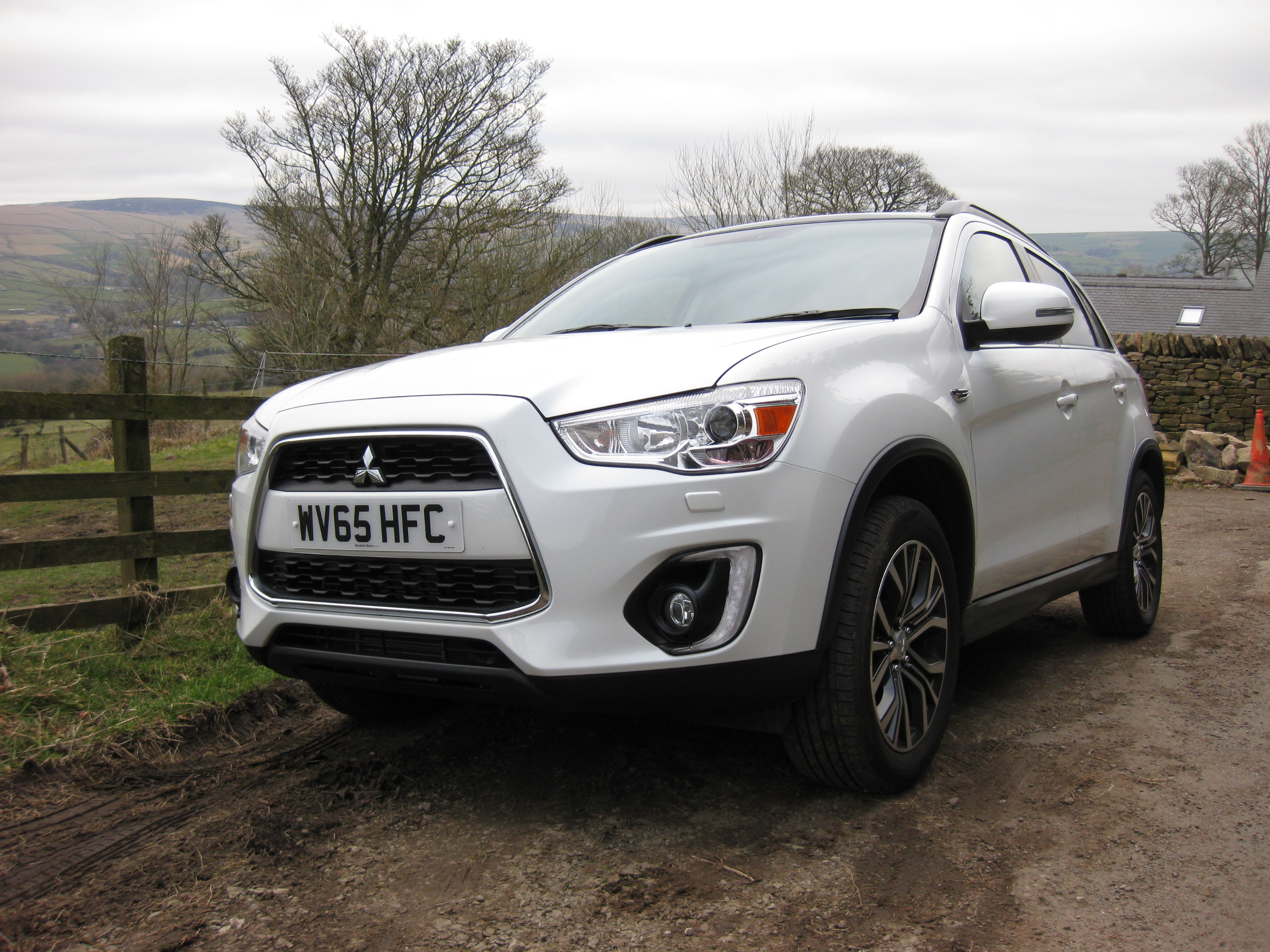 THE Mitsubishi  Active Sports Crossover (ASX) has recently had an update to make it less, well, anonymous in the family hatchback/SUV sector.

Although practical, spacious and representing good value for money, the ASX is still a pretty rare sight on Britain’s roads but with some cosmetic tweaks and updated tech, Mitsubishi are hoping to turn around the fortunes of its compact-SUV. Now packed with more creature comforts than before, this ZC-H model has keyless entry and go, touch screen infotainment system with Sat Nav and DAB radio along with Bluetooth integration for your smart phone.

It also has auto lights, auto wipers and a neat reversing camera (although, bizarrely no reversing sensors). There is also now a full-length panoramic glass sunroof with a powered blind and mood lighting which really opens up the interior space and brightens up a somewhat dullish interior. The interior isn’t too bad, the plastics and switchgear are adequate but not up to rivals standards. I found the Bluetooth music streaming to be a little hit and miss and the Sat Nav functions somewhat counter-intuitive.

Seating position is spot on for the driver and front passenger with decent elevation helping with visibility. Rear passengers are well taken care of too with bags of room for even six-footers and above with plenty of headroom as well as leg room. The only criticism I can level at comfort levels is entirely down to the firmness of the seat benches both front and rear – and that is what they feel like: benches. Any journey over about 30 minutes and you’re pretty much guaranteed a numb backside – which is a great shame as the accommodation both up front and in the rear is generous and better than most rivals.

Other  than over-firm upholstery I found the ride quality to be very good, the ASX riding over road-imperfections very well indeed and body –roll appeared to be well controlled, giving no cause for concern even when pushing on. Some understeer was present on the quicker bends but nothing that was too concerning and when in 4-wheel-drive I would say the understeer  practically disappeared. The 2.2 diesel felt quick enough and the 6-speed autobox, although a little clunky did it’s job well and always appeared to know exactly which gear was needed even on the steep hills of the Peak District. Economy was reasonable as I managed an average of 41 mpg on mixed roads over 300 miles. To be honest, not as good as rivals such as the Nissan Quashqai or Renault Kadjar, but you are paying quiet a bit less for the ASX and still getting most bells and whistles. I enjoyed my time with the ASX  as I found it a solid drive with no real faults other than the rock-hard seats. It felt spacious and airy inside and with the autobox it was a doddle getting around. The fact that, in white, it looks a little like an Imperial Stormtrooper from the front made it pretty damn cool in my eyes too.