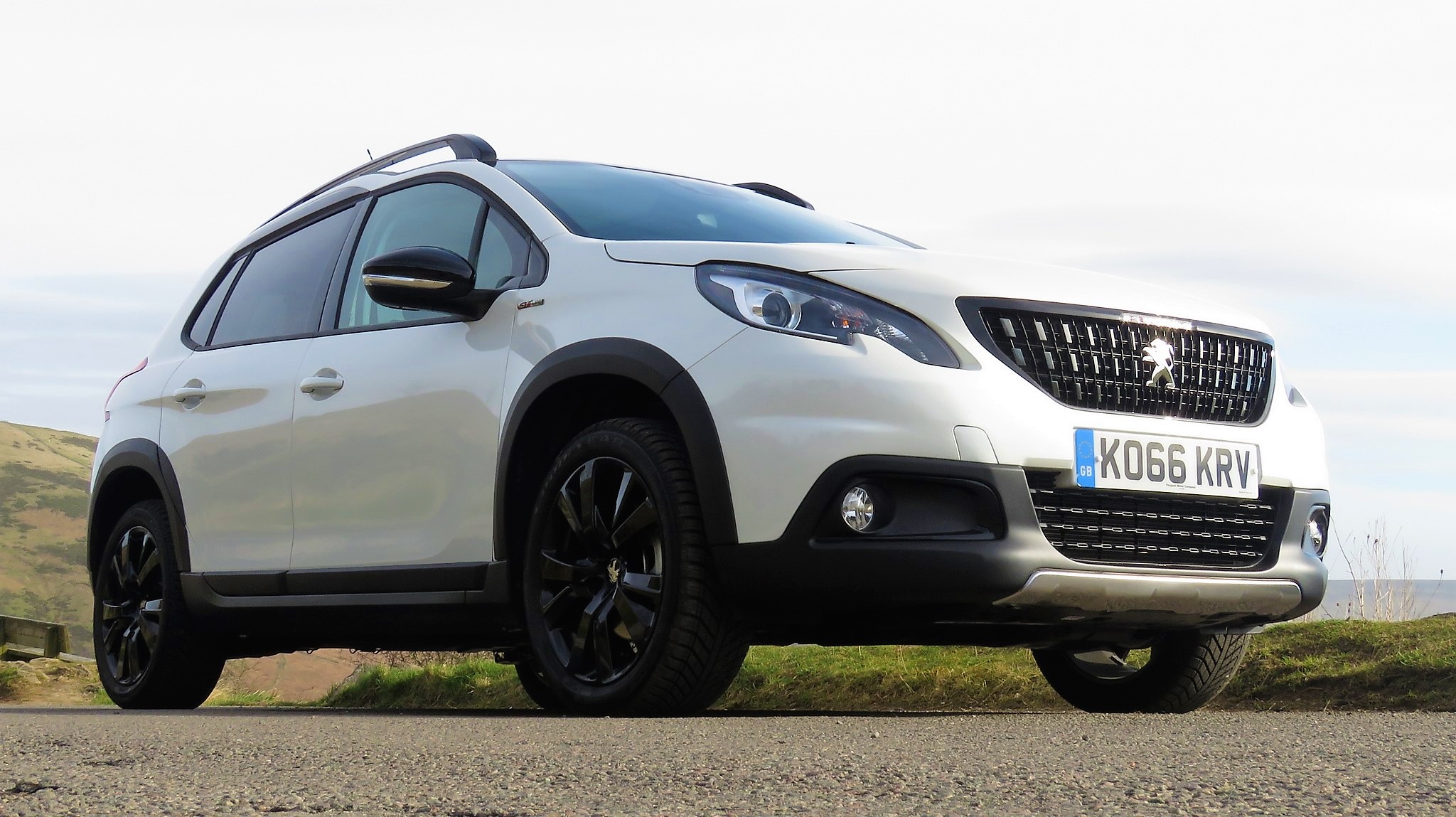 The new Peugeot 2008 compact SUV is finally stylish as well as practical . . .

AS compact SUVs go the Peugeot 2008 is perhaps the most sophisticated looking of the bunch. It goes head to head with the likes of the Nissan Juke, the Renault Captur and Vauxhall’s Mokka to name just three of the plethora of small to mid-sized crossover vehicles on our roads today.

First appearing in 2013 this Peugeot 208-on-stilts was popular with buyers who liked it’s beefier look and more commanding driving position. It also looked incredibly dull but has now been updated both inside and out as well as having a new, flashy, top-of-the-range trim level – GT Line – which I have been driving around in for a week. If diesel power is your thing then the 2008 Allure 1.6 BlueHDi with 100bhp on tap is the sensible choice. It emits just 90g/km of CO2 and is capable of over 80mpg (official figures). If you want an automatic gearbox you’ll need to go for the 110bhp 1.2 PureTech model and spend an extra £1,000.

What you can’t have, however, is 4-wheel-drive as the Peugeot 2008 is strictly front-wheel-drive only and instead uses a combination of all-season tyres and Peugeot’s “Grip Control” which is an adapted traction system having  5 selectable settings for different terrain, including a Mud and a Snow setting. They are all easily selectable by the rotary knob positioned just  behind the gearstick.

From the outside the 2008 GT Line is rather handsome – definitely more chunky hatchback than small 4×4 – with flared arches (on Allure model and above) and a more aggressive front end incorporating a larger, deeper front grille with vertical slats in gloss black and red Peugeot lettering. New scuff plates (Allure and above) add to the rugged look as do the new black and chrome headlights. My favourite part of the new design is probably the rear LED lights which have been designed to look like 3-claw marks raked into the housing. The GT Line model also features unique 17in alloys in gloss black and anthracite as well as more gloss black elements such as fog light covers, mirror casings and the roof bars.

Inside is where the real revolution has taken place though with the introduction of Peugeot’s i-Cockpit design which includes a 7in. Infotainment screen with Apple’s CarLink and Mirror Link for Android users as well as the usual Bluetooth and USB connectivity along with a DAB radio and other functionality. This leaves the centre console neat and clean with the only other buttons present being for the heating and dual-zone climate control.

You’ll also find Peugeot’s unique but controversial steering wheel and raised instrument cluster layout. I say controversial because some people dislike the way the steering wheel, set at its highest setting, can obscure the dials. However, I’ve always found that simply lowering the wheel below what you may be used to solves the problem. The steering wheel is so small that it doesn’t foul on your legs and the position actually feels very natural and quite sporty – but if you’re someone who must have the wheel at chest-height then you will have a problem. The GT Line models all include dark fabrics stitched in red with red coach lines also appearing on the door’s interior handles. The Midnight Black leather trim (£500 option) feels soft and is part-perforated on both the front and rear seats which look extremely good and they also hold you very well in the corners too.

The panoramic sunroof with electric blind and mood lighting gives the GT Line a great sense of airiness but it does mean you loose an inch or so of head room.

Quality of plastics is also decent but I wasn’t sure about the fake carbon-fibre effect on the swooping dashboard that travels the full width of the cabin. It looked a little dated and felt rather scratchy for a range-topper. Unfortunately the glove-box is next to useless as Peugeot don’t relocate the main fuse box for right-hand drive vehicles but there are reasonable sized storage bins in the doors and a couple of cup holders in front of the gear lever. The handbrake lever is the chunkiest you’ll probably ever see and its “aircraft throttle” design can be a little awkward. In the rear, space is a little disappointing with only reasonable space for 2 passengers. Three passengers would be a real squeeze. Having said that, 3 children should be okay and let’s not forget that the 2008 is based on the super-mini Peugeot 208 so we can’t really expect acres of space – we’d need to upgrade to the new 3008 for that.

Boot space, however, is very good at 410 litres or a whopping 1,400 litres with the split rear seats folded down. Loading is made easy too with a low 60cm loading lip that is also protected with an aluminium scuff plate so you don’t damage the paintwork when lifting objects in and out.

Out on the road the 2008 feels very sprightly with the 120bhp 1.6 BlueHDi diesel engine pulling very well indeed and with 6 gears available (only 5 gears on the 100 and 75 bhp models) the little 3008 is happy to cruise all day long at motorway speeds as well as being agile enough to make city driving a pleasure. It handles UK roads very well too with the vast majority of pot-holes and other imperfections being neatly ironed out by the forgiving suspension. Steering feel is certainly quick with that small steering wheel providing better than average feedback through the front wheels and making the 2008 feel the sporty side of nimble.

Okay, there is some body roll evident out on the A-roads but the chassis is quite stiff and the 2008 handles the twisty bits very well by small SUV standards.

It’s easy to see why the Peugeot 2008 has been so popular as it has the usual Crossover advantages of commanding seating position and ride comfort but also has bags of style and comfort that many rivals lack.