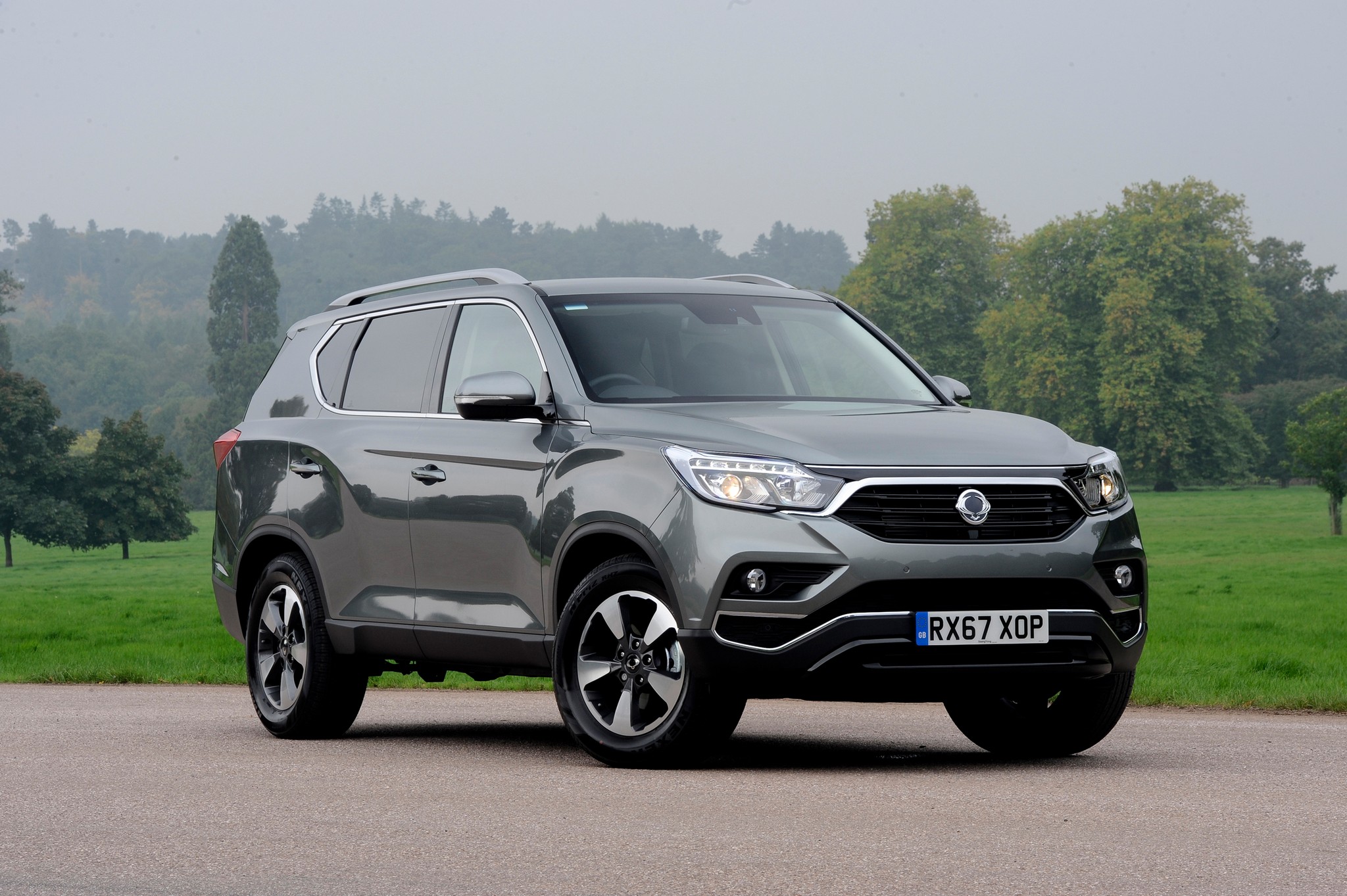 SsangYong have been manufacturing vehicles for more than 60 years now but unlike other Korean manufacturer’s, such as Kia and Hyundai, it specialises in rugged SUV and off-road vehicles, with the Rexton being their flagship model.

It’s an imposing beast too. This large SUV comes as a full 7-seater in EX and ELX trim, while the range-topping Ultimate is 5-seat only for those wanting maximum luggage space in the rear. All models come with an impressive 7-year, 150,000-mile warranty and all are fitted with a 2.2 litre diesel engine providing 181 PS and 420Nm of maximum torque which gives a towing capability of up to 3.5 tonnes making the Rexton particularly appealing to those who use their vehicles for load-lugging – and with prices typically 10 per cent lower than the likes of the Hyundai Santa Fe and Kia Sorento then the SsangYong should definitely be on any caravaner’s shortlist.

But is this new, 4th-generation Rexton all muscle with no finesse? Previous models have looked and felt a little agricultural – especially on the inside – but I’m happy to report that this new model has had a major overhaul in the style and refinement departments and is now right up there with the competition. I’ve spent some time with a 7-seat ELX model and I must say that outwardly the Rexton certainly looks fresher. For such a large SUV it is also, thankfully, restrained in its looks with a lovely cohesive appearance to the front where the radiator grille and headlights blend together.

The grille resembles the spreading wings of a bird in flight – first seen on the smaller Tivoli and now adopted as the new frontal look across all new SsangYong models. The bright body detailing and wheels help convey a more prestigious feel to the Rexton while at the rear there are LED rear combination side lights, an air spoiler with high-mounted LED stop light and LED number plate lights. Overall, the new Rexton doesn’t look like a budget model at all and is capable of standing alongside even the German marques without looking out-of-place. A huge improvement. The sense of refinement is continued with the impressive interior where, again, the step-up in quality is notable. With a well-balanced design the ambiance is fresh, contemporary and well laid out with a choice of seating including full nappa leather trim which is quilted on the top-of-the-range Ultimate model.

There is now an advanced infotainment system which includes DAB radio and even Apple CarPlay and Android Auto for device mirroring. The impressive list of standard kit on the ELX model also includes a rear-view reversing camera on the 9.2in. screen and also features TomTom navigation.

The air-conditioning is dual-zone and fully automated with fine dust filters to all three rows of seats, while rear-seat passengers also get their own USB connector and 220V inverter. The second row of seats splits 60:40 with a folding centre armrest and gives relatively easy access to the third row of seats which also fold individually 50:50. The seating combination certainly gives greater passenger and load flexibility, equipping the car with one of the largest load spaces in its class. Rear boot space with the seats down (5 seat model) is 1,977 litres, and 820 litres with the seats up. The 7-seater isn’t far off those figures either, although with BOTH rows of seats in their upright position you’ll find luggage space seriously reduced. Out on the road is where you begin to get a feel for the other side of the Rexton’s personality – its ruggedness as opposed to its cosseting nature.  With its body-on-frame construction (just like the Land Rover Defender) this really is a very capable off-roader although, of course, not many Rextons will get to be so adventurous.

No matter; out on the tarmac it feels well-planted enough although it is even more-so with some weight on board and I’m told it’s at its best when towing where the stability has been described as outstanding. The Rexton’s 4-wheel drive system draws on SsangYong’s years of experience in 4WD technology. For greater fuel economy the car features part-time 4×4 with power delivered permanently to the rear wheels. Front wheel drive can be selected electronically as required with high ratio, and low ratio chosen as and when the off-road conditions become more demanding.

It also features special electronic safety aids when driving off-road such as hill start assist and hill decent control, and is best-in-class for approach and departure angles of 20.5 degrees and 22 degrees respectively. The Mercedes-developed auto gearbox works well although down-changes are a little hesitant and the 2.2 diesel unit gets quite vocal toward its rev limit but is certainly no worse than rivals and trapping along on the motorway doesn’t present any problem at all as the Rexton is very well insulated.

So, if you’re after a large, family SUV with massive luggage and towing ability then the SsangYong demands your attention – particularly in entry-level EX trim where it simply can’t be beaten for value. However, whichever Rexton you choose you’ll certainly be getting a lot of space and practicality for your money without missing out on tech which is also plentiful.

SsangYong should certainly be congratulated for bringing their flagship model bang up to date while keeping the price impressively competitive.