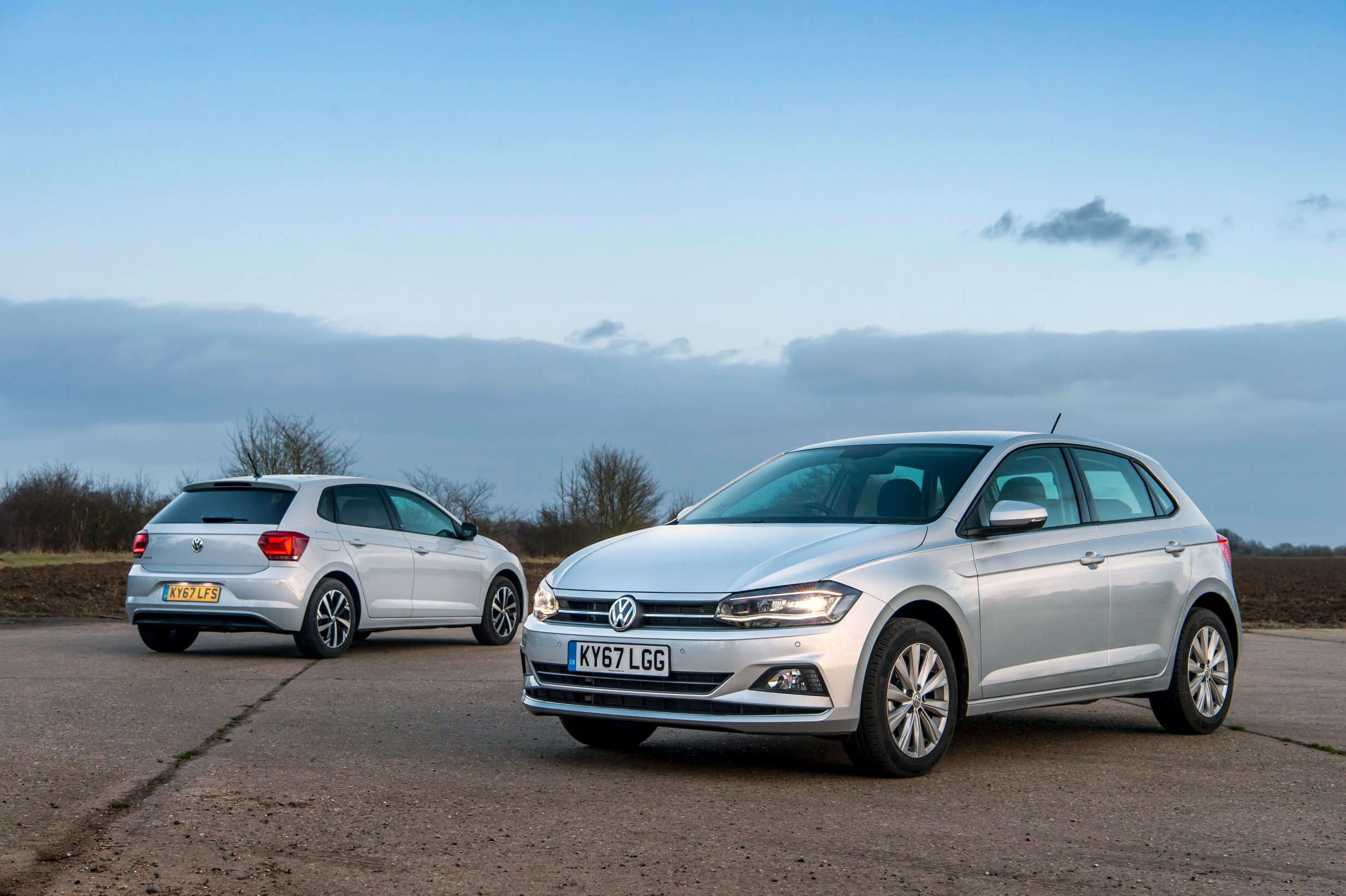 THE Volkswagen Polo has been around in the UK since 1975 and in that time we Brits have bought more than 1.4 million of them.

This may have been because the Polo has always been on the generous side of practical for a small car. German build-quality and reliability have played a part too but many Polos will have been bought with the ‘heart’ as well as the ‘head’ because over the years the Polo has acquired more youth-appeal. It’s the Golf’s younger, cheekier brother/sister, if you like. However, the lines between the Polo and Golf have become a little blurred as this 6th generation Polo can give many mid-sized hatchbacks a run for their money when it comes to size and practicality.

Maybe that could also have been said – to a lesser degree – about the previous Polo, but this new model ups the ante by offering not just more space but a superior level of interior fit and finish along with some nifty tech that previously you would have expected to see only on mid-sized models.

Bigger in every dimension but length than the Golf Mk IV, the new Polo now comes only as a 5-door and offers a boot volume that has grown 25%, from 280 litres to 351 litres, and a wheelbase up by 94 mm compared with that of the previous car. A variety of the latest TSI (petrol) and TDI (turbo diesel) engines power the new Polo. The five three- and four-cylinder petrol engines range from the naturally aspirated 1.0 MPI with 65 PS to the turbocharged 2.0 TSI with 200 PS.

As a diesel the Polo offers a choice of two 1.6 TDI engines whose outputs are 80 PS and 95 PS respectively while the trim levels offered across the range are broadly similar to before. The familiar list comprises: S, SE, beats, SEL, R-Line, GTI and the new GTI+

Regardless of fuel choice, all new Polo engines are equipped with a stop-start system and a regenerative braking mode, while any of the TSI and TDI powerplants with an output of 95 PS or more can be configured with a 6 or 7-speed DSG automatic gearbox – depending on engine choice.

The driver-assistance systems available include Front Assist, Blind Spot Detection with Rear Traffic Alert, Adaptive Cruise Control and (on DSG models only) Stop & Go function which allows you to set the distance to the car in front, brings the car to a complete halt if necessary and then moves forward again as traffic moves away – a first for a car with a manual handbrake and a boon in slow-moving queues. New LED headlights replace all Xenon headlights on the sixth generation Polo, while LED daytime running lights are also standard on the car.

While the exterior has benefited from a meaner looking front grille and some very sharp swathe lines running along it’s flanks, the Polo hasn’t outwardly changed a great deal from the previous model.

However, a new chassis has allowed the interior to be completely redesigned with more space and a true digi-age feel to it, including for the first time, the option of Volkswagen’s latest generation of Active Info Display – a 10.5-inch hi-res TFT dash display with customisable menus and information replacing the standard analogue dials. The Polo’s interior itself is typical VW with everything screwed together very well indeed and all switchgear feeling like it will last forever. There are more soft-touch surfaces than previously and my 1.0-litre SEL model with DSG gearbox certainly felt quite plush.

An 8in infotainment screen is standard throughout the range with Apple CarPlay and Android Auto being standard on SE model and above. SEL get you an upgraded Command Navigation system which also features Sat Nav and it’s a great system to use with intuitive menus and a bright, crisp display.

It feels spacious enough in the Polo’s cabin and there are plenty of trim options available to brighten the place up if you think black and grey are a little dull. The ‘beats’ version comes with Velvet Red trim on the dashboard and centre console showing VW’s intention to attract more younger drivers to the Polo.

In the rear is where you’ll notice the biggest difference in available space as the new Polo feels just as spacious as the likes of the Vauxhall Astra and Ford Focus. Knee and headroom is outstanding for a supermini – as is the boot space. The 115 PS Polo SEL is a delight to drive and the DSG auto gearbox makes it even more so. Just a few short years ago you would have thought mating an auto gearbox to a 3-cylinder, 1.0-litre engine was madness but today it simply works – and works well enough to give the Polo a decent turn of speed while keeping emissions and fuel costs down.

The Golf is still the better driver’s car when it comes to outright enjoyment but the Polo can hold its head up high as a supermini as its dimensions and dynamics allow it ride UK roads with less drama than its rivals. It’s composed and pretty quiet too – in fact it feels very grown up for a small car and whether you’re whizzing around town or trapping along on the motorway, the Polo feels a good fit. Okay, the DSG box helps here but the manual version is also a relaxed affair with a good, slightly notchy feel to the gearchange.

A-road barnstorming isn’t its forte but neither was it designed to be. The Polo is designed for filtering out the bad bits of the daily drive and making things easy for you. Not many small cars can do that as they thump over speed-humps and pot-holes while the interior ambiance and sound-insulation isn’t always present. You normally have to step up a class to achieve what the Polo is offering – and there lies its greatest virtue. Starting from just over £14,000, the new Polo could be considered a cheap, well-equipped alternative to many mid-sized family hatchbacks such as the SEAT Leon, Peugeot 308, Vauxhall Astra – and even the mighty VW Golf itself.