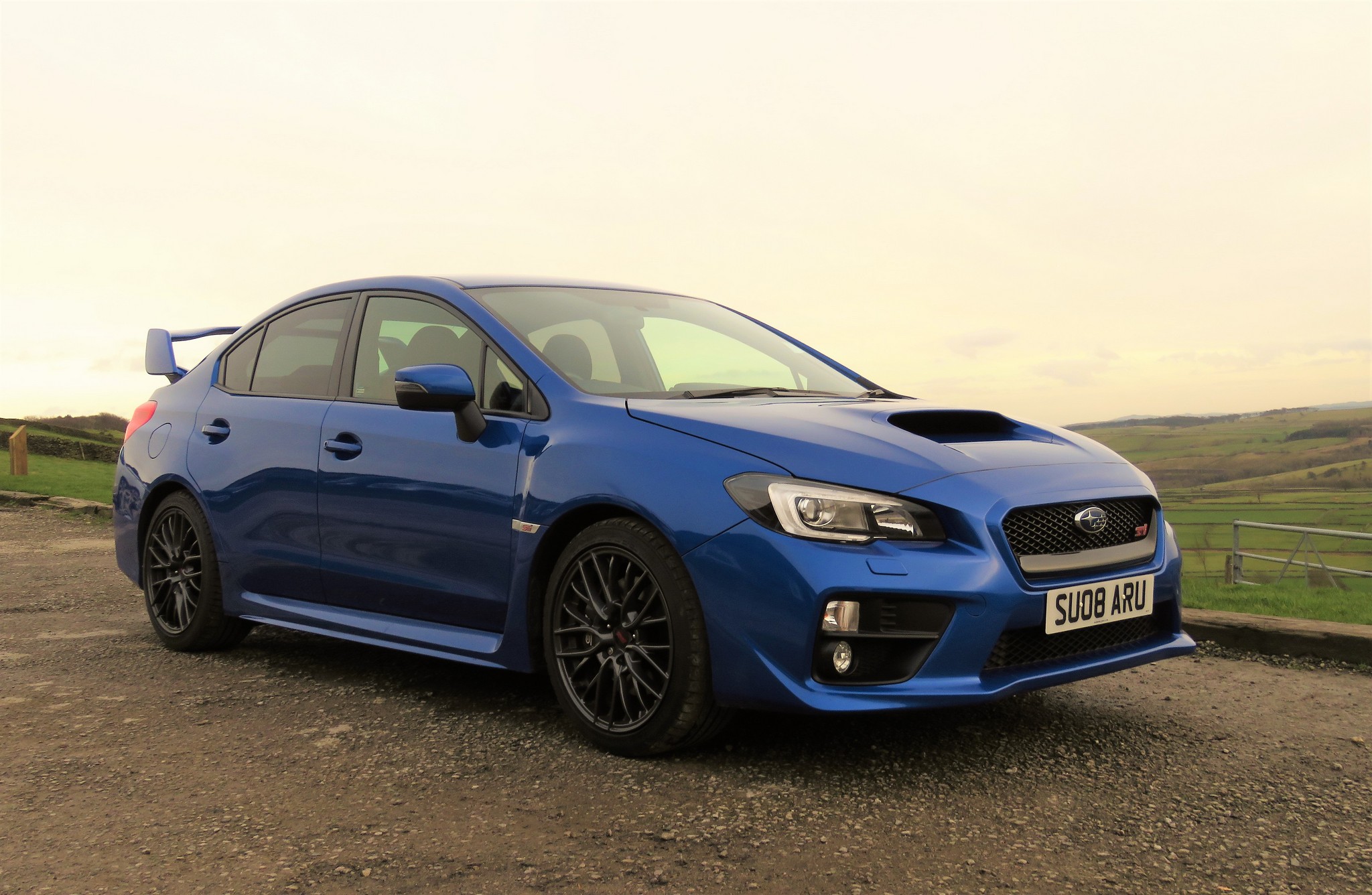 The Subaru WRX STi – a wolf in wolf’s clothing

Well, that was a lot of fun – and all my fillings are still in place. Just.

The Subaru WRX STi is not a car for pootling around in. It is a car designed for one purpose only and that is to go very quickly. Especially around corners.

Yes, it is a bit of a throwback to the days of the Impreza WRX and its arch nemesis the Mitsubishi Evo and even though this is a new model it does feels dated in some ways –which is why this is a car that will be bought by the enthusiast rather than those who simply want a fast, practical every-day car. It still feels very much like a rally-car-for-the-road. The problem for Subaru is that in the years between Colin McRae and Richard Burns dominating World Rally Cross, things have moved on enormously and we now have the likes of the humble VW Golf and Ford Focus capable of blistering acceleration with all-wheel-drive levels of grip that will put a huge smile on your face without increasing your dentistry bill. Those cars are also capable of reasonable running costs, which sadly, the Subaru WRX STi is not.

Available in just one trim level the new Subaru WRX STi no longer bears the Impreza badge and if you see it next to a new Impreza you’ll understand why – they bear no resemblance to each other.

The WRX STi is way better looking than the last version which was a rather podgy-looking hatchback  which – apart from the Cosworth CS400 special edition – really had no kerb-appeal to speak of. The new one looks sleeker because saloons always look more like race-cars than hatchbacks – they just look closer to the ground. Yes, the enormous bonnet scoop is still there, as is the rear spoiler that fills your rear view but now there are quad pipes at the rear poking out of a huge black diffuser that is just about on the right side of “sporting” rather than the wrong side of “Hooligan”. My car came in the best colour of WR Blue Pearl which everyone associates with the WRX model. Thankfully it didn’t come with gold wheels but much more stylish dark anthracite 18in alloys that suited the car very well indeed.

Inside is where things start to look a little dated with the infotainment system being the main culprit. The Alpine double-DIN head unit looked out of place and was fiddly to use with tiny buttons down one side that were difficult to use while on the move.

The main instrument cluster is the traditional circular speedo and rev-counter affair with a digital readout between showing trip info, speed and central differential status along with MPG data. At first glance it appears a little busy but it’s something you soon get used to. Being a Subaru though, one screen of telemetry is not enough and sure enough there is a 4.3in multi-function screen mounted centrally on top of the dash which can be customised via an awkward little toggle between the central air vents. A third of this screen shows heater and ventilation settings while the other 2 thirds is given over to such things as range, a real-time mpg bar graph and of course turbo-boost and other drive-train information – all pretty useless to the driver when you’re concentrating on the road ahead but it may keep your passenger interested for a few seconds.

The rest of the interior isn’t too bad but the mix of grey plastic and carbon-fibre effect inserts is sporty in a 1990s kind of way that doesn’t stand up against rivals such as the VW Golf R.

The seats are good though and the Alcantara trim holds you well through the twisty bits. They are also very comfortable on longer journeys and the driver’s seat has enough adjustment to give a very good driving position with everything easily to hand and the foot pedals being exactly where you would want them. Push the engine start button and the rasp-then-burble from that 2.5 litre flat-four engine will have you forgiving the STi for most of its foibles. It does sound very good.

Release the conventional handbrake, move off and the first thing you notice is that the steering feels heavy, the clutch requires a firm shove and the gear change is decidedly notchy – then you remember that a driver-focused car like the WRX STi is designed to involve the driver more so than your every-day hot-hatch and that means tactile awareness – especially when trapping on a bit.

That awareness is never more needed when it comes to engine speed and gearing as turbo-lag in the WRX STi can leave you embarrassed quite easily on twisty-rich roads. Exit a bend in the wrong gear with revs below 3,000 rpm and mashing the accelerator will result in  . . . well, not much at all. Get it right though and this thing absolutely flies. Yes, you will have to stir that stick quite a bit but that’s all part of the joy of visceral driving and I can’t think of a more satisfying way to cover cross-country routes quickly – the main problem being that it can become addictive and you really need to keep an eye on that speedo. You’ll also notice that every Tom, Dick and Henrietta in a mildly quick car will want to race so if you can’t keep a lid on your World Rally Cross aspirations then the STi is probably not for you.

Cornering, as you would expect in a rally-bred car, is incredible. If you have the courage not to lift off on the bends then the STi will simply carry you around a tight curve at silly speeds. Its capabilities soon outweighed my own and although I could almost hear it shouting “Is that all you’ve got?” I cherish my licence and life more.

Respect is a word I think you should use when talking about the Subaru WRX STi because although it may be feeling its age it still has a lot to offer that you simply won’t find elsewhere. Sure, the Golf R and Ford Focus RS are incredibly quick cars that handle very well indeed and they will cosset you more than the Subaru – in which you feel every lump and bump in the road – but will they be more fun to drive? I doubt it. Will they be more rewarding or involving? Definitely not.

AT A GLANCE: Subaru WRX STi