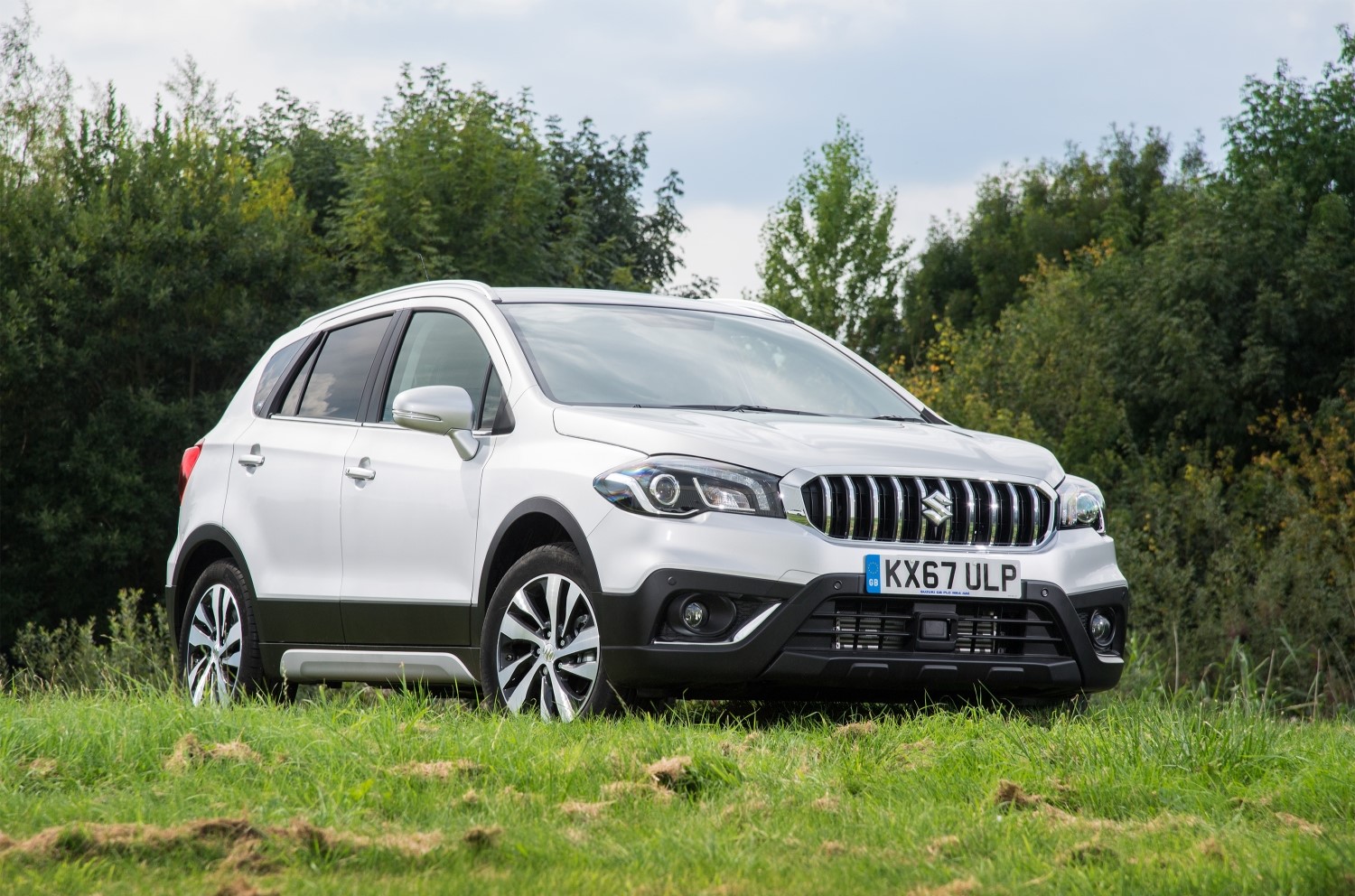 THE Suzuki SX4 S-Cross is a smart-looking small SUV which improves on its predecessor by not only looking beefier than before but packing in some great tech alongside two Boosterjet petrol engines that are refined as well as frugal.

Also, being a Suzuki you can pretty much guarantee that you’ll be getting a lot of car for your money – the downside being a lack of premium-feel material in the cabin.

However, if you prefer “tech” to “tactile” then you can’t go wrong with the Suzuki SX4 S-Cross as it comes with a raft of standard features that you’ll be paying extra for on other manufacture’s cars. Available in 1-litre, 3-cylinder, 111 PS guise (56.4 mpg, combined) or the more powerful 1.4 litre, 4-cylinder, 140 PS unit (50.4 mpg, combined), these engines give the S-Cross all the power you will need around town – although the 1.4 unit is the better motorway cruiser being quieter and feeling a little more punchier on the overtake.

Trim levels are kept nice and simple with just the three: SZ4, SZ-T and the range-topping SZ5. The model I’ve been driving is the SZ5 (from £21,749) and has the 1.4 Boosterjet engine and Suzuki’s ALLGRIP 4-wheel-drive system fitted as standard. You’ll need to add £1,350 if the auto transmission is required. Once again, standard features are the Suzuki’s strongpoints with the base model getting 5-doors, 16in alloys, Air-con, Cruise-control, DAB radio, CD player, USB and Bluetooth connectivity. There’s also powered and heated door mirrors as well as black front, side and rear under body trims. Try those options on a new Nissan Qashqai or Mazda CX-3 and the price-difference will be very significant indeed.

But if you absolutely must have the top spec Suzuki SX4 S-Cross then the ALLGRIP 1.4 SZ5 is for you and you’ll gain Leather seats, Heated front seats, Panoramic sunroof, Radar Brake Support, Adaptive Cruise Control and a Front centre speaker.

Climbing onboard the S-Cross you’ll notice that you are sitting a little higher than in some other Crossover vehicles. The Vauxhall Mokka and even the Nissan Qashqai don’t feel quite so lofty as the Suzuki and the result is that you have an even better view ahead. In fact, the view all around is good with narrow A-pillars causing no problem when pulling out of junctions and even the rear view is adequate despite the Suzuki’s steeply-raked roofline. A quick look around the cabin leaves you a little underwhelmed with some hard plastics along the door tops and around the centre-console but most of what you actually touch – the steering wheel and gearstick are nicely leather-bound and have a quality feel to them.

The quality of switchgear doesn’t disappoint with a good, solid feel and action which should last the lifetime of the car – and thank you Suzuki for keeping the climate control switches separate from the infotainment screen which makes adjusting the temperature while on the move so much easier.

Up front the leather-clad seats are supportive without feeling too firm and the non-electric adjustment works fine for height, length and back-adjustment but it’s a pity there is no lumbar support. The multi-function steering wheel has rake and reach adjustment and I had no difficulty finding a good driving position with the pedals – like the manual gearstick – being well-placed and comfortable in use.

The 7in touchscreen is generous at this price level and although the graphics aren’t the sharpest you’ll find it very easy to navigate around and I found the Sat Nav to be intuitive and stress-free in use. What lifts the cabin more than anything on the SZ5 model is the huge panoramic sunroof which not only has an electric blind but also slides open allowing light to flood in. A word of warning though as it does reduce head height by around 2 inches and while this isn’t a problem for those sat up-front it may be a problem for taller rear passengers who are sat a little higher and also have to cope with a sloping roof-line.

Space in the rear is otherwise very good and on par with rivals. The rear doors open very wide making entry and exit a doddle while also helping if you need to strap-in youngsters. Two adults will have plenty of knee and elbow room while three will be a bit of a squash. Where you will find plenty of space is in the boot which at 430 litres is class-leading. It’s a good-shaped boot too, being nicely square with no obstructions and a boot floor that can be lifted, providing more storage space beneath for items you may want out of sight.

Dropping the 60:40 split rear seats gives 875 litres of flat load-space which should be more than enough for most. Out on the road I found the 1.4 Boosterjet engine to be a delight. It was quieter than I had expected and even on the motorway it felt and sounded very refined with only the 17in alloys fitted to my car creating some extraneous noise.

Around town the Suzuki is hard to beat with good visibility and an oh-so-easy gearchange and light clutch action. It certainly feels nippy when you want it to be.

You don’t buy a crossover for a sporty ride though, and although the likes of the SEAT Ateca and Mazda CX-3 make a good fist of it for a reasonable amount of money the Suzuki SX4 S-Cross is more at home when corners are taken at sensible speeds despite a “Sport” mode being available from the rotary selector between the front seats which engages the 4-wheel-drive system when a more aggressive driving style is detected. However, the suspension has been stiffened up for this new model so although body-roll is reasonably well-controlled the Suzuki is never going to be an A-road warrior.

The ride quality itself is just as good as the main rivals with the pliable damping absorbing almost all our roads imperfections very well with only the occasional thump through the shocks on the worst pot-holes. That rotary controller also includes a Snow mode for trickier conditions and there is also the ability to lock the car into permanent 4-wheel drive should you ever find yourself stuck in mud or deep snow so you’ll find the ALLGRIP-equipped cars very capable off-roaders too – which can’t be said for some of its rivals.

So, once again Suzuki come up trumps with the S-Cross by offering a practical, small Crossover that is packed with useful tech and practical driving aids at a price that should leave its rivals feeling rather embarrassed – if not a little Cross.