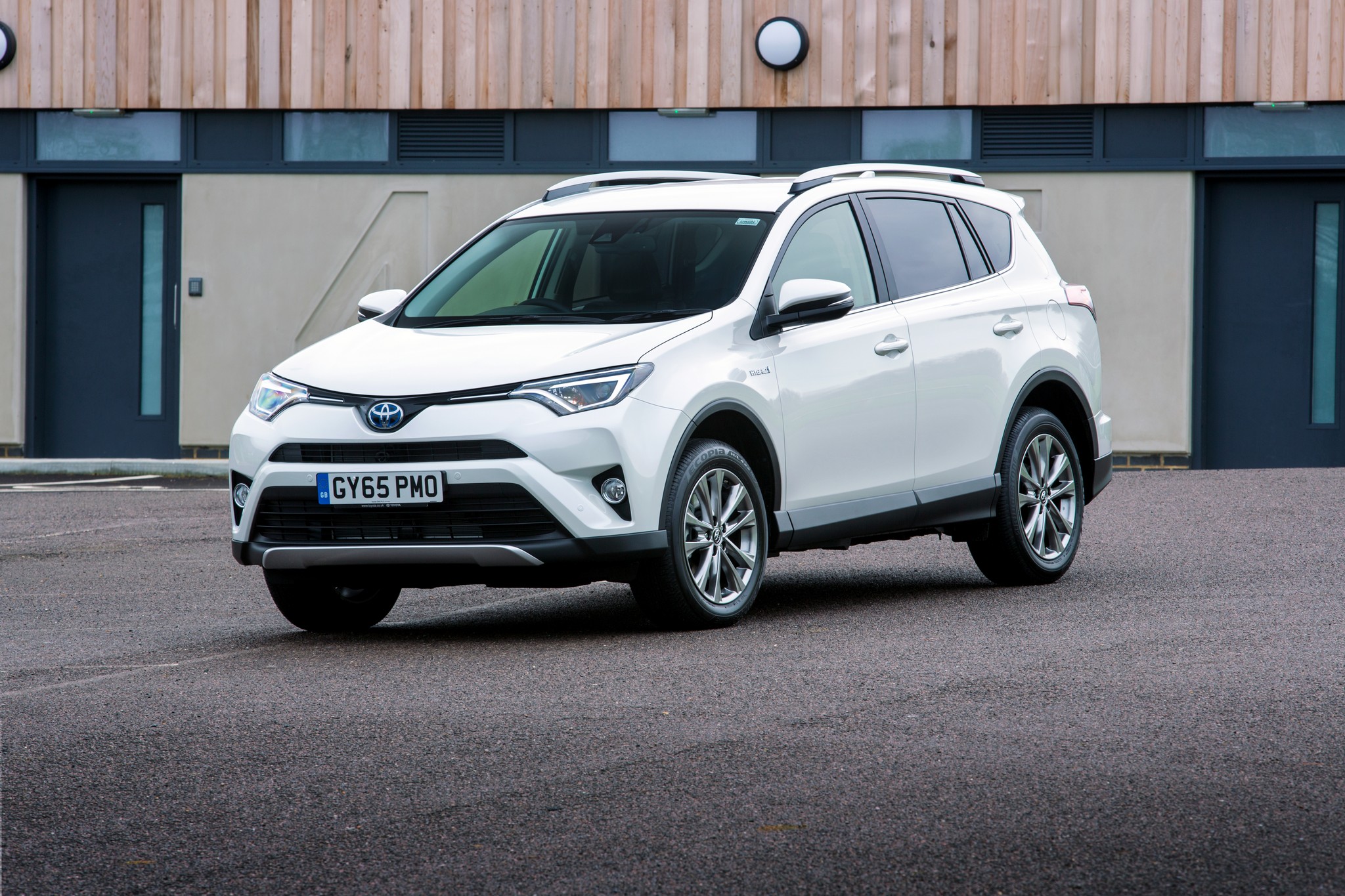 Back in 1994 the world of the 4×4 vehicle was dominated by big, hulking monstrosities like the Range Rover and the Mitsubishi Shogun – or pick-up trucks like the Ford Ranger and Toyota Hilux. These were vehicles mostly driven by posh people and farmers. Or posh farmers.

It was back then that Toyota introduced the RAV4 and I’m glad they called it the “RAV4” because “Recreational Active Vehicle with 4-wheel drive” is a bit of a mouthful.

Anyway, so was born the SUV (Sports Utility Vehicle) that we can’t get enough of these days. And while the 1994 RAV4 was rather rounded, cutesy and sporty looking the 2016 version isn’t. It’s less curvy and much too big to be considered sporty or cute.

What it does have though is lots of space inside and enough comfort and technology to keep mum, dad and the kids happy even on long journeys.

Available with a 2.0 litre diesel, 2.0 litre petrol or a 2.5 litre petrol hybrid engine, the new RAV4 is still called the RAV4 even if you specify the front-wheel drive version – so no need to ask about the RAV2 then.

Toyota have decided to go the opposite way from Nissan who chose to take their decidedly “brick” looking X-Trail and turn it into a more curvaceous, large SUV. However, Toyota have taken their curvaceous RAV4 and turned it into something more, well . . . blocky. But don’t despair because the RAV4 isn’t an ugly brick by any stretch of the imagination; in fact it looks quite upmarket from most angles – particularly from the front, with those high-set headlights, giving it a mean and purposeful look. It’s the rear that appears a little square but we can forgive it that because it means the hatch is a sensible shape and size for revealing a cavernous boot that makes getting large objects into and out of very easy.

It’s certainly much more grown-up looking than the original and it definitely has the edge on the out-going model which was looking a little dour. It’s good to see that Toyota’s useful “Safety Sense” pre-collision system is standard on all but the entry-level Active model.

Step up and into the RAV4 and you’ll find a much improved interior which leans towards plush rather than practical with soft-touch materials on door tops, centre console and the swooping dash section below the dominant infotainment screen.

The Excel that I’ve been driving included a full black leather interior stitched in white that certainly gave an air of opulence, but the leather and Alcantara of lesser models also looks very good and certainly won’t embarrass you. The leather on the multi-function steering wheel feels especially soft and is a delight to hold.

The infotainment screen is a little small in the lower spec models but the 7in touch screen with Sat Nav that I’ve been using responded well and was very easy to use. It’s a pity there is only one USB connector in the front though and I thought the sound from the 6-speaker audio system was disappointing for a top-spec model as it lacked clarity. The luggage space, as already mentioned, is capable of swallowing any families shopping, holiday cases, buggies and bikes with a huge 1,633 litres of space available with the rear seats down. There is still a sizeable 501 litres available if you really do have to take the kids with you. I particularly liked the hammock-like cargo net in the rear which I can see would be very useful for carrying those smaller items that might otherwise be thrown around in the boot.

The combined fuel consumption figure for the hybrid model is 55.4 mpg but in a week’s worth or varied driving which included a trip up to Scotland to visit family I managed just 41 mpg which isn’t terrible but the diesel-engined version would have done better. The four-cylinder 2.5 engine, electric motor and CVT gearbox fitted to the RAV4 Hybrid are exactly the same as fitted in the Lexus NX300h and like it’s more upmarket sibling the RAV4 doesn’t quite cut the mustard when it comes to driving dynamics. The official 0-60 mph time for the RAV4 is 8.4 seconds – but it doesn’t feel like it. Put your foot down from a standing start and the whine from the gearbox is a little distracting and it feels a little sluggish. However, once on the move things are much more acceptable with little noise from the engine or gearbox, just some minor wind noise from those large wing mirrors.

You won’t be taking it for a B-road blast though as the RAV4 is quite wallowy around the tighter bends and is much more suited to a steady cruise. It does, however, ride the rougher surfaces very well, as most SUV vehicles do, making most journeys a pleasant affair and in truth the RAV4 doesn’t feel it’s size around town either. Not having to change gear helps and so does the rear-view camera but the high-seating position and light steering make the RAV4 an easy car to live with. However, unless you really want to benefit from the lowly 118 g/km of CO2 the Hybrid has to offer, then go for the 2.0 diesel instead.

Toyota RAV4 Hybrid – at a glance: