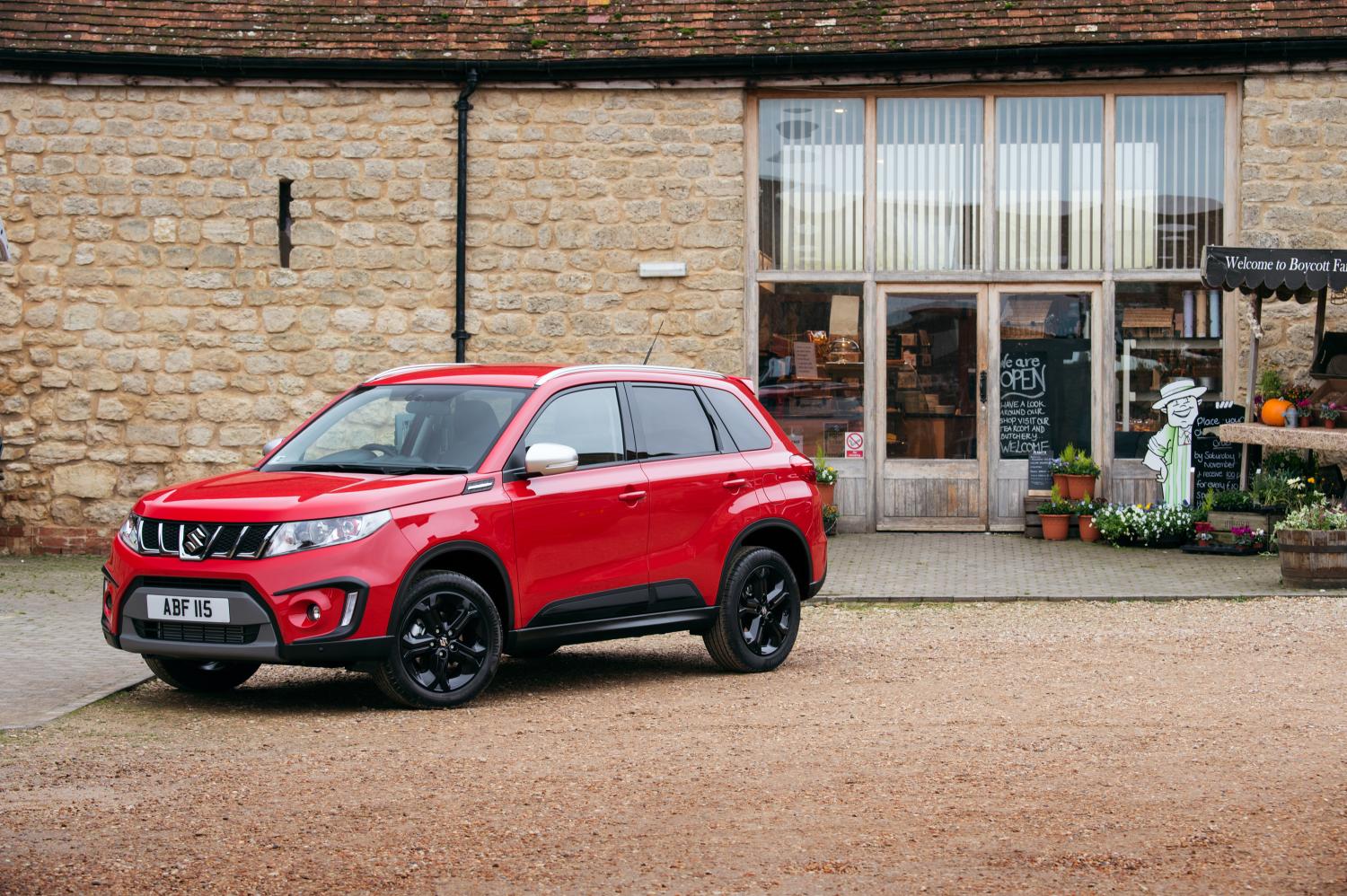 Another trip up to Scotland to visit family and another SUV to get us there – this time being the range-topping Suzuki Vitara S fitted with the all-new 1.4 Boosterjet petrol engine which claims a combined mpg of 52.3 and has 140PS on tap giving a 0-60 time of 10.2 secs.

Pretty impressive figures for a mid-sized SUV that comes with all-wheel-drive, boasts a raft of features that you would pay through the nose for on some rivals and yet comes in at just £21,999 on-the-road.

Typical Suzuki then – an honest package that doesn’t go overboard on the refinement and materials but instead provides some useful, cutting-edge tech that will not only make your journey safer and easier but at a price that will also put a smile on your face. It looks pretty good too. The new Suzuki Vitara is chunkier in a good way – it now looks more purposeful, more traditional 4×4 and less like it’s wearing a cheap body-kit. Even the base model SZ4 priced at £15,000 comes with 16in alloy wheels, roof rails, wheel-arch extensions and front and rear skid plates.

Less rounded than the Kia Sportage or the Renault Kadjar the Suzuki Vitara is the one you would choose if you really had to go off-road as it simply looks more capable – and probably is. I think it’s the best looking of the bunch too, including the Nissan Qashqai and Toyota’s RAV4. Inside isn’t quite as convincing as there are plenty of hard, scratchy plastics still around lower down on the doors and even on the lower dash. In fact there is a lot of plastic on show in the cabin and none of it feels particularly premium. However, Suzuki manage to save the day by adding some lovely brushed silver touches to the dash, centre console and the front doors arm-rest surrounds.

The steering wheel manages to look special with its perforated black leather, stitched in red and has more chrome surrounding the multi-function buttons and lower spoke. The circular air-vents are all outlined in a metallic red, as is the centrally mounted, large analogue clock which looks classy.

All in all this is not a bad place to be seated and once you’re over the cheaper plastics you’ll take note of the pleasant suede covered seats, also stitched in red, the large infotainment screen that includes Sat Nav as well as a DAB radio and USB slot. Pop the Vitara into reverse and hey presto you have a reversing camera to go along with your front and rear parking sensors. The treats don’t stop there though. For your £21,999 you also get radar-controlled adaptive cruise control – which worked brilliantly on our 600-mile round trip – radar brake support which shouts at you should you approach an object too quickly and will even brake if you don’t. There is also Hill Hold Control as well as Hill Descent Control, Keyless Entry and Start, auto air-conditioning (but no dual zone), Bluetooth connectivity, auto headlights and windscreen wipers, folding door mirrors, aluminium foot pedals and auto stop/start to save you fuel. It’s a pity Suzuki couldn’t stretch to a central armrest for the driver though – a rather glaring omission for a top-spec SUV.

Rear passengers have it pretty good too with plenty of leg room and decent headroom for 2 passengers. Three would be a bit of a squeeze on longer journeys but is still doable. Rear doors open nice and wide and along with the raised height make fitting a child seat to the Isofix points a doddle. The load-space, as you would expect is good at 375 litres with the rear seats up and a massive 710 litres with them down. The loading lip is quite low making getting larger objects in and out relatively easy as does the variable load-level which is a great idea. Okay, the rear seats don’t fold completely flat but they don’t leave an awkward lip either so sliding in longer objects isn’t going to be frustrating.

My favourite feature however, by some margin, is the 1.4 Boosterjet engine which is only available on the Vitara S. First off, it’s pretty quiet being a petrol unit and such a nice change from the usual clatter of diesel. Secondly it’s oh, so smooth and with the 6-speed manual box and light clutch action you will love driving the Vitara S. Acceleration feels quicker than the official 10.5 seconds to 60mph – especially when you choose Sport mode from the dial just behind the gear lever.

The new engine has definitely put the fun back into the Vitara and is the one reason why you should choose this S version above the others – it feels a generation in front of the 1.6 petrol and 1.6 diesel available on lesser Vitaras as you don’t need to work the gearbox quite as much to keep the revs up and planning an overtake is so much simpler and less-stressful as the power appears quickly and builds smoothly as you whizz through the gears. There is an auto transmission available as a £1,350 option which also gives you paddles on the steering wheel but I can’t see why anyone would be less than happy with the manual which also saves around 65k of extra weight.

The trip to Scotland did highlight some external noise from the tyres and wing mirrors at motorway speeds but it was nothing too intrusive and is easily forgiven when you simply turn up the decent 6-speaker audio system.

Around town the Vitara S feels smaller than it actually is which is a good thing. Parking is simple with both sensors and a reversing camera and that engine allows you nip in and out of traffic with confidence while the SUV height gives a decent view of your surroundings.

All-in all the new Suzuki Vitara S is a gem that proves you can have a capable, well-equipped and spacious SUV that really does have all-wheel-drive and useful tech for not a lot of money. Sure you may sacrifice a little on quality of materials but if it’s premium you’re after you could always spend £11,000 more on a Range Rover Evoque. I know what I would do . . .