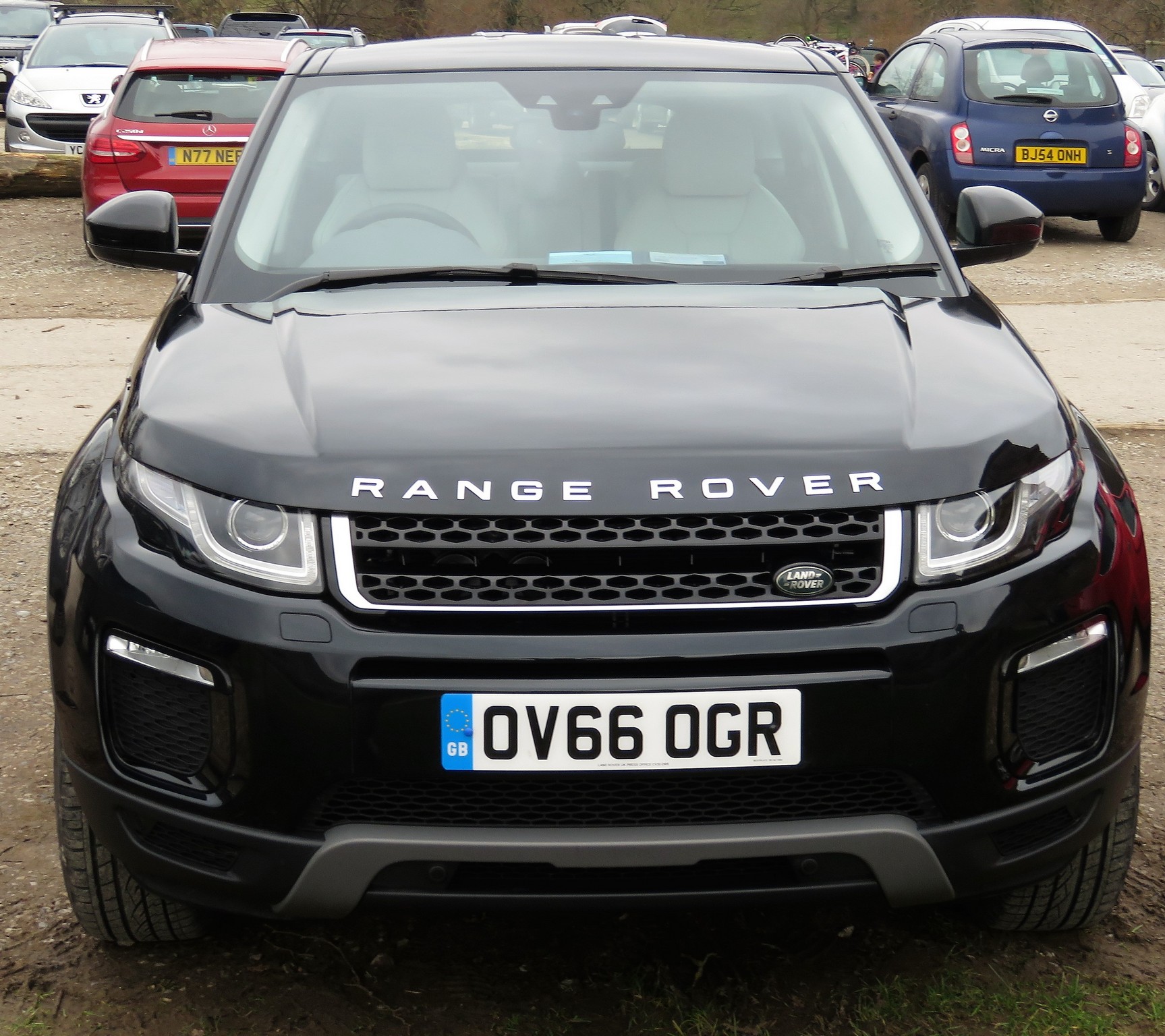 There are a plethora of compact SUVs to choose from these days but there is only one that can be called “iconic” as it is instantly recognizable from all the other wannabe off-roaders – the Range Rover Evoque.

Introduced in 2011 it was an instant hit and remains the best selling Range Rover by a long way with well over half a million sold in 180 countries worldwide.

It wasn’t always a hit with me though . . . I thought it looked like an elephant had sat on a regular Range Rover. It still looked very much like a Range Rover – just a bit more, well, squashed down – even though it is actually taller than the Audi Q5. I was pretty much on my own though as soon they were selling like super-heated bakery produce and, as if to underline my lack of vision on the design front, the latest model hasn’t changed much from the original. The new Evoque gets a re-designed front bumper (that you would be hard pushed to tell from the original), slimmer fog lamps, adaptive LED headlights, a subtle rear spoiler and some bonnet vents on the more expensive models. There are also two new front grills. Not a lot then really.

However, the real change is under the bonnet where the new efficient and light 2-litre Ingenium diesel engine now sits offering either 150bhp or 180bhp, mated to either a 9-speed auto or 6-speed manual gearbox and driving either just the front wheels or all 4.

However, if diesel is a dirty word to you then there is always the 2-litre Si4 petrol engine with 240bhp on tap – but you’ll need to be spending upwards of £44,000 on the HSE Dynamic model for that.

But of course you’ll want the auto box driving all four wheels – why would you want anything else in a Range Rover-badged card? After all the Evoque is no faux-by-four like those other pretenders to the throne. It’s a Range Rover. A smallish one perhaps, but still a Range Rover. So, I was a little apprehensive about the manual-geared Range Rover Evoque SE Tech that I was about to take delivery of. At least it had 4WD though so I didn’t have to be a complete phoney.

The SE Tech model sits just above the base SE model but there is nothing base about it. In fact, the SE itself is pretty plush with full leather seating which is heated in the front and electronically adjusted, front and rear parking aids, ambient lighting, auto lights and wipers, push-button start, Lane Departure Warning with auto emergency braking and cruise control.

The SE can be had for just £30,600 OTR with the 150bhp engine and 2-wheel-drive – that’s a lot of premium SUV for the money and you could spend around the same on a Volvo XC60, BMW X1 or Audi Q3 if you wanted to but their styling is less distinctive and their interiors probably won’t make you smile as much as the Evoque’s will. The lower-powered engine and 2WD make an argument for themselves with better efficiency – CO2 emissions of just 113g/km while combined fuel economy is a claimed 65.7 mpg. Inside the Evoque is a sea of soft leather, both on the seats and on the dash top and door tops. My Evoque was finished in a light grey Lunar leather which made the interior feel light and airy but probably needs a more regular wipe-over than the darker colours.

The standard 8in infotainment screen had been replaced by the optional 10.2in InControl Touch Pro screen on my car (£625) and although quite expensive works very well. This is the newer generation screen and is noticeably more responsive than the older model and also comes with uprated audio in the shape of  a 380W 10-speaker Meridian system that includes a subwoofer. Space inside for 4 is luxurious and cosseting but for 5 is luxurious and slightly cramped as the rear centre seat is compromised by the large transmission tunnel. A child would probably be fine even on a longer journey but for an adult it’s really a no-no.

That sharply sloping roofline also means the windows in the rear appear a little shallow which can make rear passengers feel a little hemmed in  – more so than in the BMW X1 or Audi Q3 which feel to have more space. The loadspace isn’t bad though with 550 litres available with rear seats up.

Driving the Range Rover Evoque manual immediately highlighted a heavy clutch action and notchy gearchange that detracted from the otherwise smooth drive. To be fair, this was something I got used to over the next day or so and by the end of the week it didn’t really bother me much at all but I wasn’t entirely convinced and if it was my money I would go for the 9-speed auto box. It suits the Evoque so much more.

Dynamically, the Evoque was just what you would expect from an SUV bearing the Range Rover badge – planted and solid on the road with minimal body roll around the corners – which is even better on Dynamic models that have adaptive dampers. Noise levels were well subdued even at motorway speeds making the Evoque an excellent cruiser – albeit the fuel tank at just 54 litres is a little on the small size. A-roads are dealt with very well indeed with even mid-sized pot-holes dealt with easily – but don’t go pushing the Evoque around the twisty-bits too fast as momentum builds very quickly in such a hefty vehicle and you can easily find yourself taking bends a little wider than intended even though turn-in is very good under normal circumstances.

I could go on about the off-road capabilities of the Evoque which is best-in-class featuring Hill Descent Control as well as Terrain Response and the ability to wade into water up to half a metre deep – but those systems will be mostly unused in 95% of Evoque sales so let’s just say it’s very unlikely you’ll get stuck on the school playing fields during a wet, muddy Sports Day.

Overall, the Evoque felt like what it is – a mini Range Rover that you would be happy to do the school run in or travel long distances. It does need that auto box though to feel really special and that will mean spending quite a hefty amount.