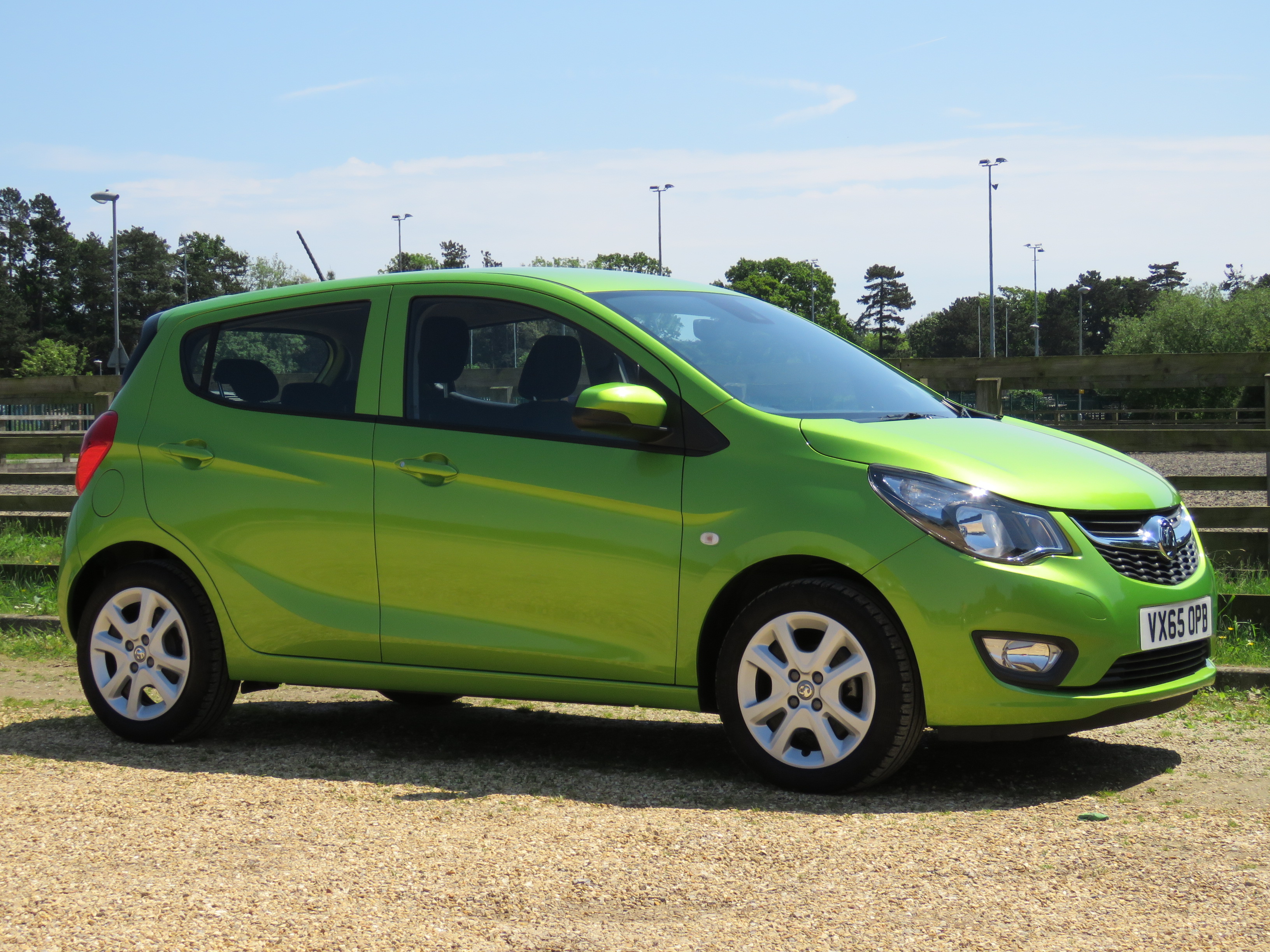 It’s a Vauxhall Viva Jim, but not as we know it …

THE new Vauxhall Viva is nothing like the old Vauxhall Viva which was a full-sized family car capable of taking a family of five – including luggage – on a full day’s drive to Pontins Holiday Park at Prestatyn Sands in Clwyd.

The new Viva will still get you there but as it’s now a compact city-car you will need to pack light and maybe pack one of the kids off to the grandparents instead.

It’s not all about size though when it comes to the modern city-car and the Vauxhall Viva has plenty to offer in terms of comfort, driver-aids and fuel-efficiency – indeed Vauxhall are claiming the Viva has an interior “designed to feel like a class above”. That may be a little optimistic . . . From the outside the Viva looks similar in proportions to the Hyundai i10 and has a similar tall stance as well as being 5-door only. It has some swooping body creases along the sides that to my eyes are a little overdone but the overall look isn’t displeasing – just not inspiring.

The front-end is definitely it’s best angle as all models come with fog lights and there is enough going on by way of black trim and chrome to set it above most rivals. The engine choice is even easier – just the one – which is fine as the 3-cyclinder, 1.0 litre unit puts out 75PS and can hold its own against any similar-sized city-car and emits just 104g/km of CO2. It’s also capable of 61.4mpg on a combined run.

Apart from good levels of standard equipment it’s worth noting that the Viva also comes with something that is (of yet) unique to Vauxhall – the excellent OnStar service.

Optional on the SE but free for the first year on the SL model, OnStar is rather like having your own personal assistant on hand 24/7 for 365 days a year. At the push of a button it will connect you to a real person – not a machine – who can, amongst other things, run diagnostics on your car remotely if you are having a problem, input a destination into your Sat Nav (if fitted) and even call for assistance and alert the emergency services if you are involved in an accident (providing GPS coordinates if necessary). It can also track your car in the event it is stolen, provide a WiFi hotspot for your passengers to connect to and uses a Smartphone app to lock or unlock your doors (handy if you’ve locked the key in the car) or sound the horn and flash the lights from your phone.

Inside the Vauxhall Viva, you are met with a sea of black and grey, mostly scratchy, plastic that may have you wishing you’d spent more on a Vauxhall Adam. It is rather dull and you will need to spend a further £435 to make it more interesting with a nifty touchscreen infotainment system.

At least the SL gets a leathered-covered steering wheel and to be fair, the seats are supportive and finished quite nicely even in the SE model. Both front seats also have 6-way adjustment so getting comfortable shouldn’t be a problem and there does appear to quite a lot of “elbow room” in the front which adds to an air of spaciousness that is lacking in rivals such as the Citroen C1, Toyota Aygo and even the Ford Ka. The rear passengers will have more of a problem getting comfortable – as is the norm in all city cars to some degree – although the Viva does have seating for 3 in the rear and not just 2 like some of the competition.

The 5-door layout makes for entering and exiting the rear much easier and the rear doors open widely enough to make leaning in and attaching a child seat to the Isofix points simple enough.

Bootspace, at 206 litres, won’t take 2 suitcases unless you fold down the back seats, but it’s more than the Citroen C1, Toyota Aygo and Peugeot 108 at 180 litres but the VW Up! trumps it quite substantially at 251 litres. And how does the Vauxhall Viva drive? Surprisingly well actually. That 75PS engine is very willing and perfect for pootling  around town. The clutch is suitably light and the Viva’s lightness of steering and good all-round visibility means it is easy to park too.

Out on the dual carriageways and motorways the Viva is able to keep up with traffic adequately enough and to my ears seemed pretty quiet too. It was only when changing down for an overtake or tackling a steep hill that the 3-cyclinder engine became noticeably more vocal but this shouldn’t be a surprise to anyone buying in this price bracket and anyway, it isn’t intrusive.

You could easily take a longer journey in the Viva with 2-up, although with 3 or more passengers  gear-changes will become more frequent and it may get tedious. Body roll is well controlled too although the Viva isn’t a car that encourages fast cornering – it does sit a little higher than some rivals and damping is good enough for a smooth ride most of the time although bigger potholes will tend to knock you off line a little.

The new Vauxhall Viva is an honest little car that has no pretence to being “funky” in any way. It’s a well-equipped and reasonably spacious five-door, five-seat city-car that at just £9,175 for the SE, is a very attractive proposition for those who, perhaps, listen to their heads rather their hearts.