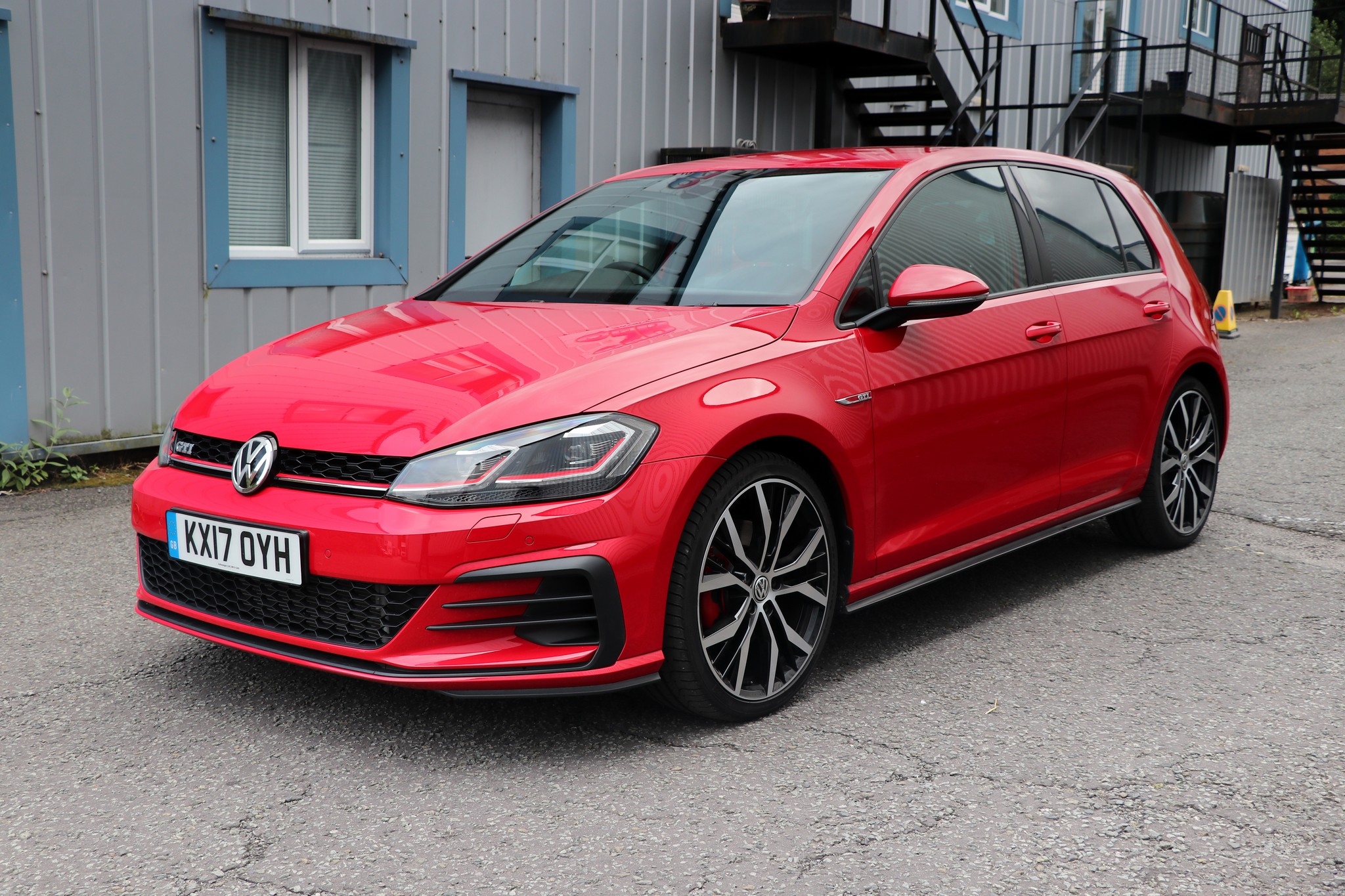 I REMEMBER driving a Volkswagen Golf GTI for the first time – it was probably around 1983 and the car was a white 1.6-litre Mk.1.

I owned a 9-year-old Triumph Spitfire at the time which I thought was quite nippy but when I put my foot down in my mate’s Golf GTI I couldn’t believe how quickly it ate up the tarmac and that memory has stayed with me ever since.

And that, I suppose, is why the Volkswagen Golf GTI is still so appealing – it’s been around since 1978/79 and so everyone who hasn’t either owned one or been in one has at least heard of one and know that it’s a “hot-hatch” that commands a large chunk of respect no matter what your age.

Not bad for a small hatchback that started out as a humble “people’s car” to replace the iconic Beetle. Now in its 7th iteration, the VW Golf GTI is just as relevant now as it was back then – maybe not as ground-breaking but still, literally, the daddy of all hot-hatches. The latest version has had a 10 PS power-hike to 230 PS along with some minor cosmetic changes and a raft of technical upgrades that keep the Golf GTI competitive. The GTI Performance model gets a power-hike from 230 PS to 245 PS.

Okay, there are quicker hatches out there, the Ford Focus RS is the obvious comparison but it does cost quite a bit more and the similarly-priced Peugeot 308 GTi is a thriller but doesn’t feel quite as satisfying as the Golf as a daily-driver.

Externally, the new Golf gets new front and rear bumpers, with new LED running lights and full LED rear lights. The front radar sensor has been moved from the lower air intake to a hidden position within the VW badge and revised cooling intakes at the sides of the bumper help to sharpen the overall look at the front. I particularly like the way the red coach line along the bottom of the front grille is extended into the headlights – similar to, but a little different from the previous model.

And “similar to but a little different” sums up the external changes – after all, if it ain’t broke, etc. etc. Inside will be familiar too with some new trim materials available but I was delighted to see the Jacara checked fabric on the seats giving a nod to the Golf GTI’s of old. They are now heated though and although a little on the firm side, hold you very well indeed.

The combination of red stitching on black items such as the gearstick and steering wheel remind you that you are in a performance hatch and the whole cabin feels worthy of the GTI badging. This is a Volkswagen Golf after all, so switchgear is solid while fit and finish is top quality.

The standard 12.3in TFT instrument display is very impressive allowing you to customise the information before you to include a full-width Sat Nav display if you wish. It’s easy to configure and use with sharp graphics and deep colours that really brighten up the dash. It also includes voice activation and a 64GB SSD hard drive for storing all your media on. There is also European Sat Nav with a choice of 3 routes given and 3-years Car-Net ‘Guide & Inform Plus’ access providing online access to traffic, fuel pricing, parking space availability, weather, news feeds and Google Earth.

My car had the optional 6-speed DSG automatic gearbox fitted which, like the manual, will help launch the GTI to 60mph in 6.4 seconds and is an absolute boon when in the more familiar situation of being stuck in traffic – especially in conjunction with the optional Traffic Jam Assist which will brake, accelerate and even steer should you wander out of lane.

Mind you, the standard spec is very good and includes Adaptive Cruise Control with Front Assist and City Emergency Braking (which brings the insurance down by 5 groups compared to the previous model). There is also dual-zone climate control, an electronic diff-lock and variable ratio steering which makes for loads of feedback through the wheel and really makes the GTI a pleasure to drive as you can place the car so accurately and confidently through the bends. Along with the lowered and firmer ride the Golfs agility really marks it out as top-dog when it comes to all-round ability. The quicker Ford Focus RS or Honda R-Type are more frentic and yes, quicker, but the Golf GTI feels more than quick enough without sacrificing day-to-day ride quality. Longer journey’s over less than smooth surfaces may become a little tedious without the Dynamic Chassis Control (£830) but generally the standard level of damping on the Golf is an excellent compromise.

Take the Golf GTI out for a spin and you won’t want to get back home in a hurry. The GTI is just so much fun to drive. It feels quicker than it actually is – especially in a straight line – but it’s the car’s ability to instil confidence around A-roads and the free-revving nature of that 2.0 litre engine that really impresses. With tons of power available from just 1,800 revs, the Golf GTI feels as playful as a puppy and just as eager to get on with things.