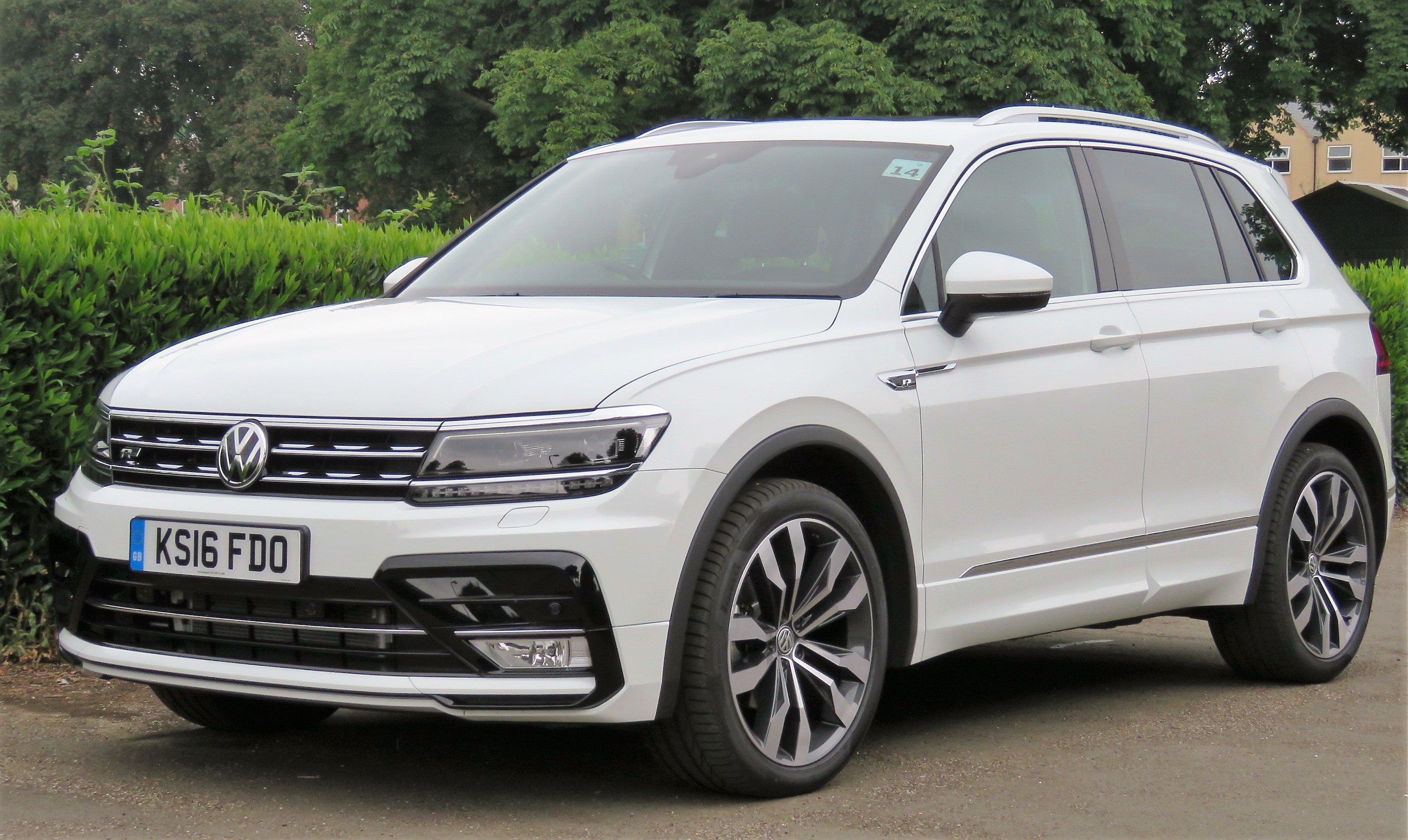 THE new Volkswagen Tiguan is bigger, bolder and better equipped than the outgoing model but, more importantly, it is much better looking.

In the flesh I would say it is the best looking mid-sized SUV around. Okay, I’ve been driving the top spec  R-Line, but even in ‘S’ trim it is a very attractive vehicle – well proportioned and muscular-looking which measures up well against the Audi Q3 and BMW X1. Both are quality vehicles but I think the VW Tiguan has the advantage when it comes to kerbside appeal. There are cheaper rivals around, such as the Nissan Qashqai, Skoda Yeti and Mazda CX-5 but they don’t have the same appeal as the Tiguan especially when you start to compare quality of materials used and equipment levels.

Being based on VW’s MQB technology – which is shared with the Golf, Passat and Touran models as well as the Audi TT – the designers at Volkswagen have been able to provide a more dynamic design which is both longer and wider  than the outgoing model but sits lower so rides better and is more practical. Interior space is improved too with more headroom and knee room for rear passengers than previously. The load space is huge with the rear seats folded at 1,665 litres – 145 litres more than in the previous Tiguan.

Five familiar trim levels are available for the Tiguan – S, SE, SE-Nav, SEL and R-Line with the 2.0 TDI 150PS SE-Navigation with 4-MOTION expected to be the best seller here in Britain. Inside, the Tiguan has a dashboard that will be familiar to Golf or Passat drivers which means it is mainly functional rather than stylish and everything is easy to hand and logically laid out. The 8in touchscreen  has a proximity sensor which recognises that you are about to touch the screen and automatically magnifies the display mode. Included is a DAB radio, CD Player, USB connection and SD card reader along with Bluetooth for both telephone and music.

My  R-Line came with the upgraded Discover Navigation Pro touch screen with European maps, integrated voice control and Car-Net “App Connect” which combines the functionality of Apple Car Play, Google’s Android Auto and MirrorLink to allow your smartphone’s display to be mirrored on the touch screen.

Most impressive of all is the 12.3in.TFT Active Info Display (standard on the SEL and R-Line models) which replaces the standard analogue dials. This allows you to choose from a wide range of displays and menus all in high-res. Having the SatNav map right in front of you between the speedo and the rev-counter is particularly handy but you can display pretty much whatever info you wish. The less technical side of the interior is top quality too with comfortable seats finished in ‘Race’ cloth with ‘San Remo’ microfiber giving good level of grip on the derriere and with plenty of adjustment available to suit all shapes and sizes.

Visibility all round is very good and the panoramic sunroof on the R-Line adds to the feeling of light and space. If it’s a dull day you can always use the ambient light settings within the sunroof surround to brighten things up a little.

The new model Tiguan also includes some new, improved engine choices with a 1.4 petrol TSi engine giving 125bhp or 150bhp. However, if you want 4WD and petrol you’ll need to opt for the 2.0 TSi 180bhp variant which means having either SEL or R-Line trim.

If diesel is your choice – and it will be for the vast majority – then you have the 2.0 TDi engine in various guises from 115bhp, 150bhp, 190bhp and the range-topping 240bhp biturbo. You will find 4WD available on all diesel models except for 115bhp variants.

Out on the road the new Tiguan drives very well indeed, especially if you have the Dynamic Chassis Control fitted which smoothes up the ride considerably, although on the R-Line model it is a little compromised by the lower, stiffer suspension. All 4Motion (4WD) models include 4Motion Active Control which, at the turn or a knurled knob let you choose from four driving modes including On Road, Off-Road, Off-Road Individual and Snow so optimum handing and grip should be available no matter what the weather or terrain.

While never sporty, the drive is what it should be for a family-sized, practical SUV – it’s certainly comfortable with no choppiness over less-than-smooth roads and the 7-speed DSG gearbox is, as always, a delight to use.

Driving pleasure is enhanced by the included driver-aids such as Adaptive Cruise Control, Lane Assist and auto lights and wipers along with Park Assist all-round sensors and an optical parking display, not to mention the obvious advantage that being sat higher up has. The old model Tiguan sold more units in its LAST year of production than in any other which goes to show how much the SUV/Crossover market has increased in the past 5 years. Volkswagen’s response is not only this new Tiguan model – you can also expect a pumped-up Polo SUV later in the year along with a new Tourag and I wouldn’t be surprised if more VW Group vehicles were put on steroids; the new SEAT Ateca being the latest to take the fight to such rivals as the Nissan Qashqai, Ford Kuga and Kia Sportage.

With such a raft of Crossover vehicles being available at the moment you may baulk at the price of the new Volkswagen Tiguan – yes it is on the expensive side when compared to some rivals but the sheer quality of fit and finish along with the refinement of the new engines and in-car tech will all bring a smile to your face and may just persuade you to go that extra mile. If you just get to sit in a new Tiguan there is a good chance you’ll be sold.