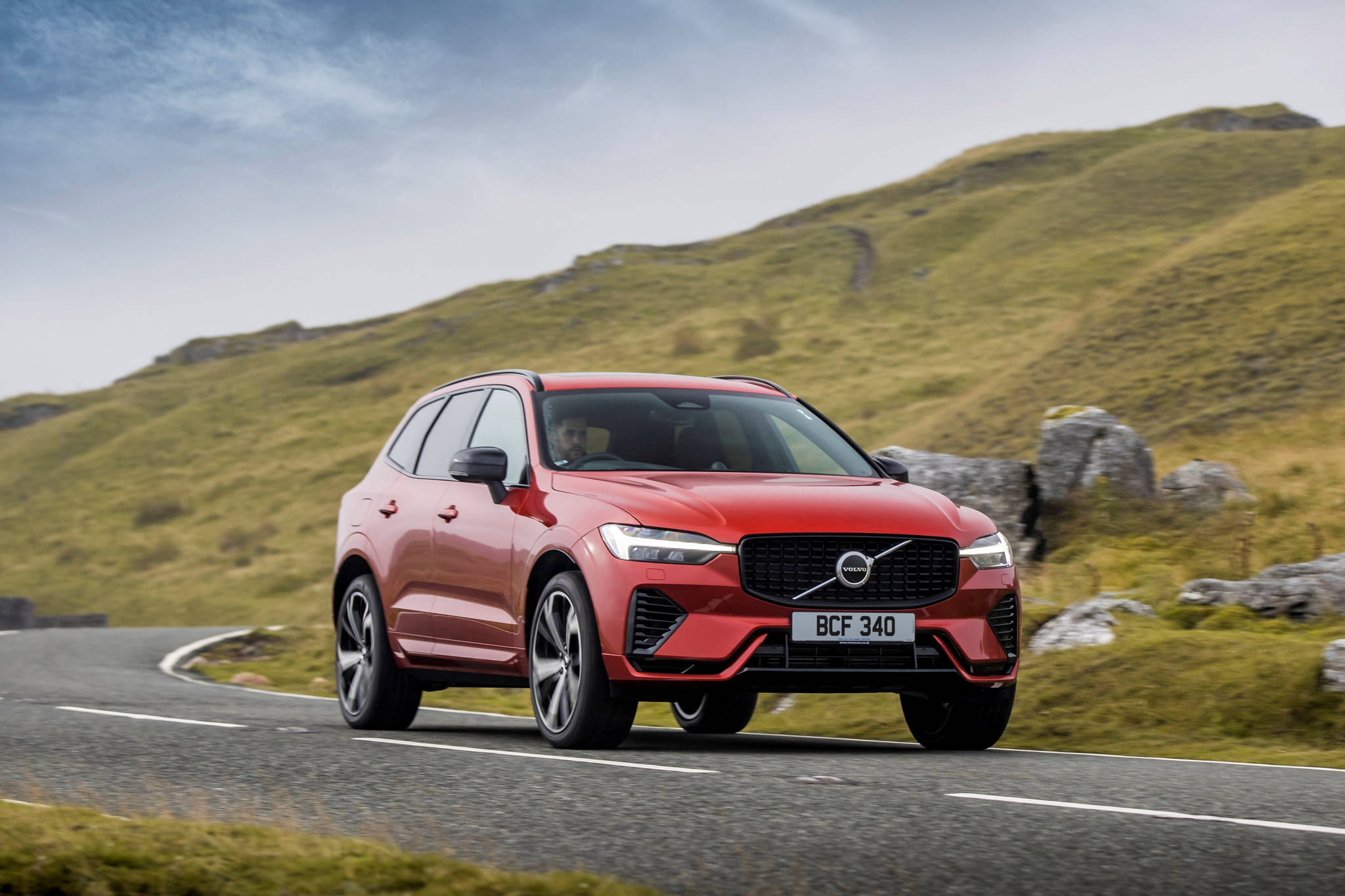 WHENEVER a Volvo arrives for review, I always have the same feeling of contentment; like an old friend is visiting and I know I can just be myself and relax in the knowledge that everything is going to be fine.

Okay, maybe that’s a little over the top; everything is not always “fine” – I haven’t driven a Volvo yet that can prevent the car in front from coming to an unnecessary halt at a deserted roundabout – but anything to do with motoring journeys is usually pretty much sorted thanks to this slice of Swedish solace.

Like Bjorn Borg, Volvo smashed it out of the court when they introduced the XC60 and it’s no wonder it quickly became the company’s best-seller. Not as in-yer-face as the larger XC90 and more practical than the smaller but more playful-looking XC40, the XC60 is the sweetest of sweet spots when it comes to premium, family SUVs.

Is there a better-looking medium-sized, familj-friendly SUV out there? I think not. Oh, and familj isn’t a typo, it’s Swedish for “family”. Still instantly recognisable but with a difference that makes you stop and think – much like the cars Volvo produce.

I’ve been lucky enough to be driving one of the excellent Recharge models which provides plug-in hybrid technology with up to 48.5 miles on electric alone, along with all-wheel-drive and an engine/electric motor combo that gives you 340 bhp and a 0-62mph figure of under 6 seconds.

The XC60 has recently had a minor facelift and although the front-end is now a little more angular with a new front grille, and the twin rear exhausts are now hidden, I would defy Joe-public to notice a difference in its outward appearance. Well, if it ain’t bruten . . .

Much the same can be said for the XC60’s interior – which is not only well thought out but also effortlessly classy in appearance too.

The batteries on the Recharge model don’t alter the space available for passengers so there’s still plenty up front and enough room in the rear for a couple of 6-footers to be comfortable on the longest of journeys. Kids get their own USB ports for their devices and there’s a decent central armrest with a couple of cup holders to help keep them quiet.

Boot space, however, is down slightly from the non-hybrid models, although 468 litres should still be plenty for most families.

The main difference inside is the inclusion of a Google-powered voice assistant integrated into the updated infotainment system which means you spend less time fiddling with the touchscreen and more time with your eyes on the road. Want to turn the temp up? Just say “Hey Google, I’m feeling a bit cold” and up goes the heating.

Sat nav, media and even the heated seats can all now be controlled just as easily.

There is also an update to the car’s 12.3in digital instrument display which means the graphics are even sharper than before. With Google Maps now replacing the old navigation system you know traffic info is bang up to date as well as making destinations easier to find via voice.

Prices start at £42,485 for the Momentum fitted with a 250bhp mild-hybrid petrol engine driving the front wheels. An 8-speed auto gearbox is standard across the range.

My XC60 Recharge T6 R-Design model starts from £54,975, which may sound like a lot of money but you get a heck of a lot of tech and refinement that could easily see you turning your näsa up at a similarly-priced Land Rover Discovery or BMW X3.

The Sports front seats come in a combo of Nappa Leather and Graphite Textile with contrasting piping while the rear seats are mostly synthetic leather-like material. Also included are Aluminium Sports Pedals, Powered Tailgate and a High Performance, 220W audio system with 10 speakers and Subwoofer.

The Recharge models also offer preconditioning which means, while the car is charging, you can set the cabin climate to cool or heat – all via your smartphone or the central dash. This will also operate the heated seats and steering wheel as well as the heated front screen – no more scraping the windscreen and then sitting in a freezing cold car while it warms up! You can also set up to eight pre-set times for departure.

So, we’ve established the Volvo XC60 Recharge T6 is a class-act when it comes to looks, refinement and tech – but how does it drive?

Straight from the off, the XC60 Recharge T6 impresses with that instant surge of power that EVs and Hybrids enjoy. The electric motor provides 250Nm of torque alongside the 2.0-litre petrol engine’s 350Nm so you’re never going to want for extra boost when pulling away from junctions or overtaking.

Like other PHEV models the XC60 Recharge T6 is capable of running on electric power only and it has a range of around 32 miles in this EV mode. It still feels perky and capable around town even with the petrol unit redundant and I can imagine many people would manage the daily commute and/or school-run on electric alone; saving a small förmögenhet on fuel bills.

Most people will let the car decide which combo of power to use though, and you’ll hardly notice the transition from EV to hybrid.

With a modest-sized battery it doesn’t take very long to charge up either. Even with a domestic 3-pin charge you could easily charge up overnight. If you use the 3.2kW AC charger from your own wall-box, it will only take around 3 hours.

The XC60s road manners are very good with an emphasis more on comfort than performance. That doesn’t mean you can’t trap-on in the XC60 Recharge T6; it is very quick and that 4-wheel-drive system provides plenty of grip even when conditions are poor.

The standard suspension soaks up most of our road’s imperfections although you can option air-suspension for even greater comfort. I can’t recommend it as I found the XC60 to be rather exceptional without the added cost.

The BMW X3 just edges it for fun along twisty B-roads but there isn’t a great deal in it and I’m sure most drivers wouldn’t notice – or even care – about the difference. What you have in the Volvo XC60 Recharge T6 is a classy and comfortable mode of transport whether you’re nipping around city-centre streets in EV mode, or cruising down the motorway with both power units working in unison.

Volvo give an MPG figure of 113 which would rely on you keeping the battery topped-up at both ends of an average commute. Realistically, I found that on my regular 66-mile commute I was getting in the mid-50s, which is impressive for an SUV of this size.

The Volvo XC60 Recharge T6 manages to combine style, tech, performance and decent economy all in one package that won’t disappoint. It’s classier inside and out than its German rivals and although not cheap, gives you the opportunity to make real savings on your fuel bills over time. A truly underbart family-SUV.