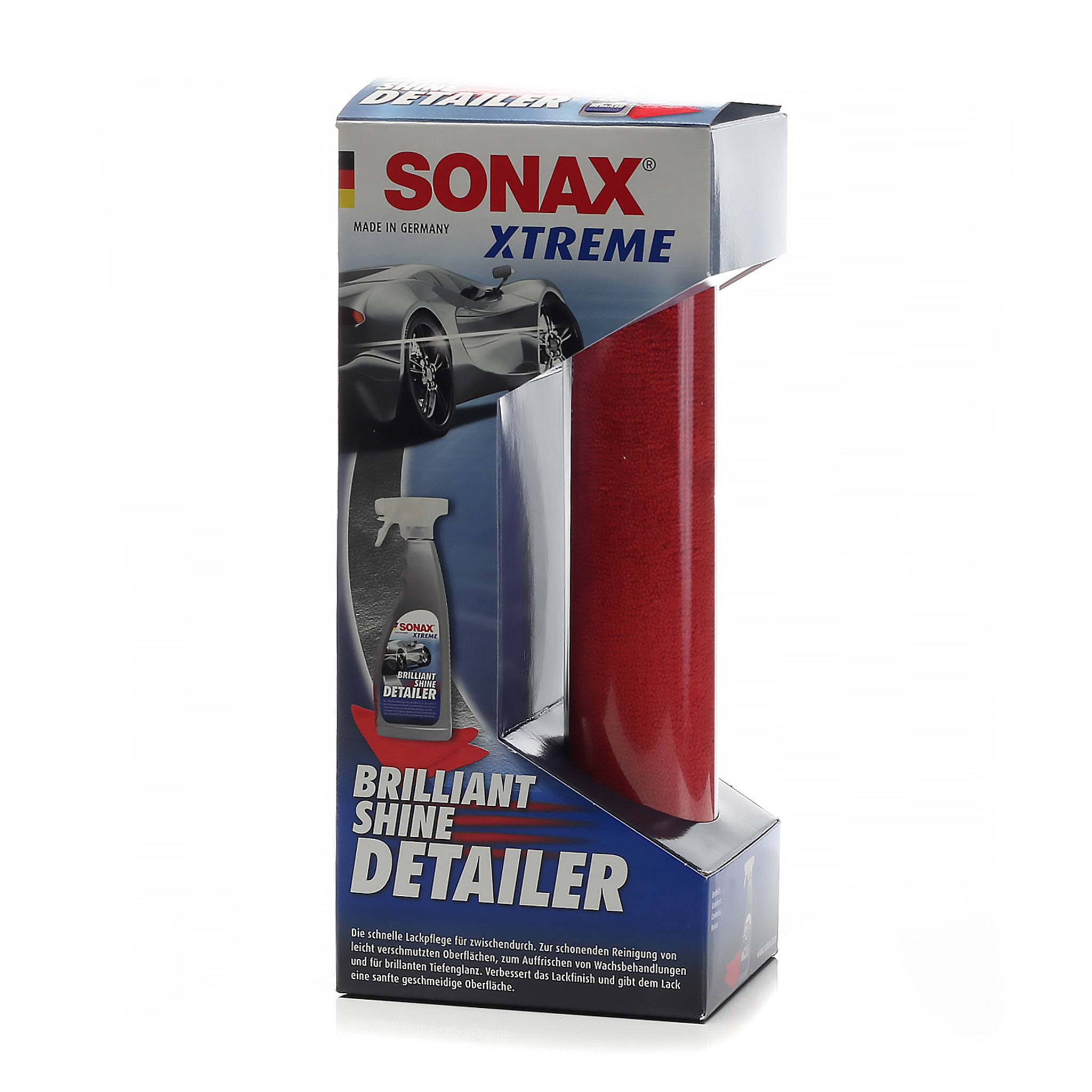 SONAX Brilliant Shine Detailer is a favourite product of mine from the German manufacturer because it is so easy to use and gives such good results.

Traditionally, detailing sprays are used to remove dust and light amounts of dirt from your car’s bodywork but they don’t usually add much in way of paint protection.

Brilliant Shine Detailer (BSD) goes that extra step and adds a slick water-repellent layer as well as enhancing the look of your paintwork.

Ideally it is used on top of a wax layer to give some extra protection but it also works very well on it’s own as can be seen in my video here:

It also has a lovely aroma of coconut which makes it a pleasure to use.

Although it doesn’t say so on the instructions (mine were in German anyway as I bought from Euro car parts) you can also use this after washing and rinsing when the car is still wet – much like Autoglym’s Aqua Wax which is another excellent product which I will be demonstrating in the next few weeks.